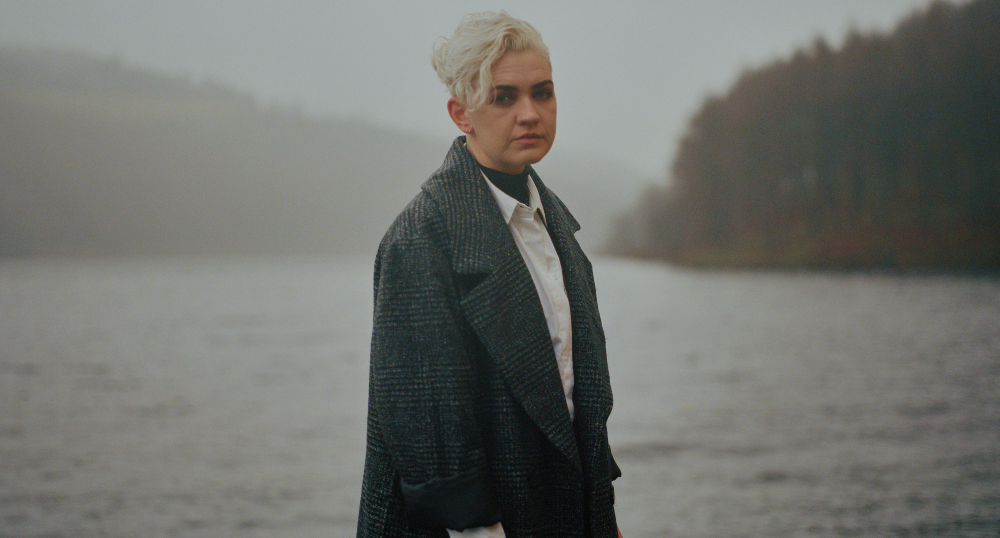 SOFT LAD is no stranger to the music scene, having been on tour most of her adult life and playing with Self Esteem and Soak for the past few years. But now she’s made the move to front of stage, writing her own stuff and releasing her debut EP Maximum Feels. Unsurprisingly, the EP is about feeling all the feelings. ‘It’s missed connections, it’s unfulfilled potential, it’s love, it’s loss, it’s all those things that make you feel anything strongly, if only for a minute,’ she explains.

The four tracks on the EP — Eyeroll, 2 Know U Betta, Singapore and My Name — map experiences of queer romance that have ended up with tears on the kitchen floor more than once. But there’s a comedic self-awareness to the situations described. ‘Eyeroll is such a silly song,’ Sophie begins, explaining that dreams of a ‘sexy holiday’ were dashed when a surprise girlfriend came into the picture, hence the lyric: 'I could have done with a heads up before I got in the air.' ‘I got a good song out of it though so it’s totally worth it,’ Sophie smiles, shrugging.

‘I don’t want to have to be in a permanent state of suffering to write good music.'

The EP is unashamedly autobiographical, but Sophie makes a point of saying that she wants to write about things other than heartbreak. ‘I don’t want to have to be in a permanent state of suffering to write good music. And I don’t think you have to be, but it’s easy to fall into.’ She adds that it’s funny sitting on songs that are a snapshot of a certain time because, whilst they’re new to listeners they’re not new to her and she’s now she’s singing them years on thinking ‘I’m fine now, promise.’ ‘I’ll write some happier songs and prove to the world that I am actually over it,’ she laughs again.

How does Sophie approach songwriting? ‘The music always comes first,’ she begins. ‘For some people the music is just a vessel for the lyrics but not for me.’ Sophie continues, telling me that lyrics will come to her whilst she’s busy doing something else, on a walk, out at a bar, but it’s the melody or the hook which is the seed of the song. ‘If it’s not a fuck yes then it’s a no,’ she says, explaining that once the tune is nailed it’s then time to work on the detail and make sure everything included — whether it’s subtle percussion or speeding up the piano — is done for a reason. We start talking about influences and it becomes clear that nineties and noughties pop are where it’s at for SOFT LAD, Mariah Carey, Eternal, Spice Girls and Justin Timberlake all get shout outs. ‘I really don’t agree with ‘guilty pleasures’ in music,’ Sophie says. ‘If you like it, then it’s good. If it makes you feel something or you just enjoy it, then it’s worth something.’ She’s quick to add that the songwritership of good pop music is second to none and that all the nostalgic pop tracks stand up when stripped back because of how they’re crafted. When it comes to her own writing, ‘I’d rather my music was hideously uncool but very good than trying to be something it’s not,’ Sophie asserts candidly.

SOFT LAD talks fondly about recording the EP with her producer Cecil — picture lots of Diet Coke, Sophie cooking ‘the best vegetarian breakfast’ every morning and a recording studio in a shed. Did she find it easy? ‘With some tracks, the spark of the initial idea is really fun and then it becomes a slog figuring it out but that’s how you know you have a good partnership — when even the hard bits are enjoyable.’ And isn’t that something we could all apply to life, especially the difficulties of romance the EP unpicks.

'I don’t want to be some flash in the pan, I want to make music for a long time and build a following.'

Sophie realised early on that she had to let go of any expectations and just write to see where it would go. It turns out the destination was queer pop that already sees audiences singing the words back to her at shows — she’s currently on tour with Grace Petrie — something she says, has freaked her out a bit but in the best way. We talk about what’s round the corner for SOFT LAD and she says she can’t wait to put an album out but that she’s going to enforce patience on herself to make sure it’s the best body of work it can be. ‘I hope to avoid some of the pitfalls people can fall into in this industry because I’ve got my wits about me and I’m in no rush. I don’t want to be some flash in the pan, I want to make music for a long time and build a following,’ Sophie explains.

‘As long as I like my music and it’s authentic to me then that’s enough,’ she says, talking about navigating the pressures of being a solo artist. ‘I have to go out there and make the best music I can with the expectation that no one will give a shit because I’d be doing this even if no one was listening.’ But people are listening, and they don’t look like they’re going to stop any time soon.

Maximum Feels is out now.