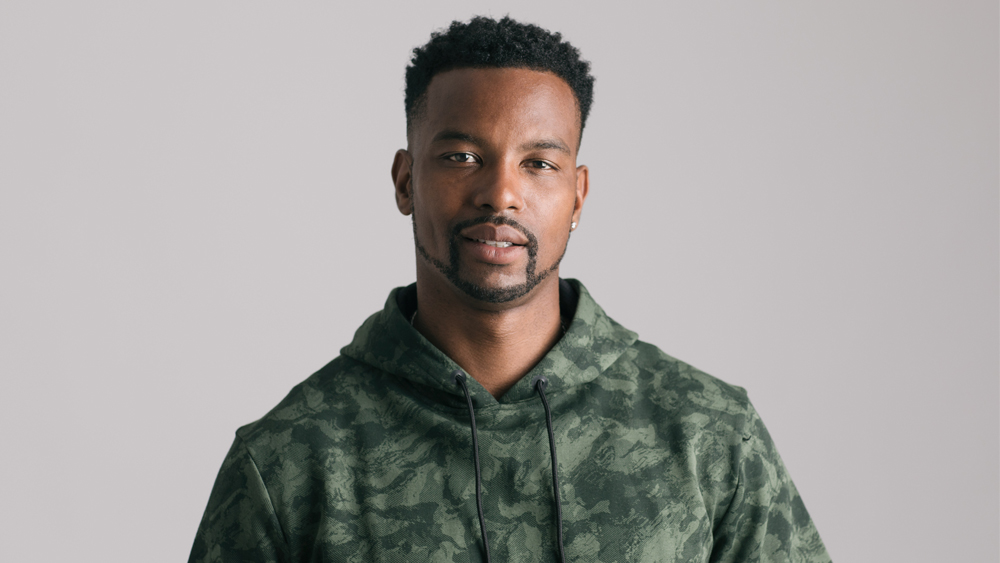 And it’s an issue the rapper, alongside the Academy of Contemporary Music, will be addressing with the UK’s rap and MC degree.

Starting in September 2019, the course will be available at the Guilford and Birmingham campuses and will be led by the AIM Independence artist award for hardest working rapper, ShaoDow.

Since his 2013 debut Cut The Bullspit, the fiercely independent artist has clocked up more than 25,000 sales for his three self-released albums.

In addition to his musical career, the hip hop and grime artist has created his own brand, branched out into merchandising and published a manga book through his own company, DiY Gang Entertainment.

Ahead of the inaugural rap and MC degree, ShaoDow explains how the course came to be an shares his experiences and offers some expert advice for aspiring rappers…

How did your involvement with the ACM rap and MC degree come about?

It was initially from BBC Introducing as it happens. I was speaking there and Ace from Skunk Anansie saw me and asked me to pop into ACM to have a chat. At the time I’d been doing a lot of DIY Gang masterclasses for universities around the country. It turned out that there was a real need and demand from the students to be taken as rappers and MCs rather than singers or bands.

They brought me in kind of in a consulting capacity to have a look at their modules and to advise on whether they would be suitable. It evolved into writing an entire course and being involved in developing the first rap and MC course in the UK. It was a natural progression, but it was definitely something that was needed and is still needed. I’m really proud to be at the forefront of that and working with ACM who recognise how integral that sort of music is to today’s societal fabric. It’s dominating the charts, it’s culturally relevant and it’s what a lot of young people aspire to do and want to be involved with.

Do you think this will help towards legitimising rapping and MCing?

Partially, I don’t think it will go the whole way in that suddenly you walk out of university with a degree and are automatically taken seriously.

Of course, it’s not just rapping, MCing and lyricism, there’s also big amount of entrepreneurial skills in there as well. There’s learning stagecraft, there’s learning about the music industry, how PRS and how PPL work. All those sorts of things are ingrained in the course, so students will have a better understanding of the music industry, music business and their own business so they can come out and make a living from what they do. Of course, it will legitimise the music more because it will produce more professional rappers and MCs who know what they’re doing and how they are doing it without help.

What is the course set to cover?

It will be improving lyricism, improving the existing skills of rappers and MCs. We’re not taking people who don’t know how to rap and turning them into rappers, we’re taking existing rappers who are skilled at what they do, who are good at what they do and making them better. We’ll help them really think critically and analyse their own ability, rather than just doing it innately. Understanding the music theory and concepts, understanding the history of where this music came from – where hip came from, where grime came from – who are the key players in these things?

It will include masterclasses from successful musicians to hopefully inspire them. They’ll be networking and learning how to network. There’re opportunities to get involved with the label at ACM. Collaboration is a massive part of it as well. You’re essentially, in a university filled with other aspiring musicians, whether they be rappers or singers or a band. So, there’re opportunities to perform and collaborate with lots of different types of artist to expand your musical repertoire. Most importantly, you get the knowledge and support from artists who are actually in the industry, who are your tutors, who will be able to understand what you’re coming from, what you’ve done, how you want to do it and hopefully advise you on that.

Why did you start making music?

I lived in China when I was younger, but before that I’d been hanging out in this studio in Brixton writing lyrics. I was whack, completely whack. I was rubbish and I hope nobody ever hears any of what I did there. It wasn’t until I went to China that I discovered my style and my lyrical strengths, the things that I’m good at doing.

Can you tell us about your experience of learning to rap and MC?

From repetition, doing it again and again. Writing something and thinking it’s awesome, then listening to somebody else and thinking – actually, it’s not that good. And really developing my critical ear, which is a big part of what I want to teach students: learning to be self-critical without it being detrimental and beginning to analyse your work and think, is this good enough?

If this is on the radio alongside another track, is this gonna stand up? Listening to other artists and what they do and picking up techniques from them without copying them; wordplay, punchlines, clever and intricate lyricism that flows. I’ve had to learn all of that, and it’s been self-taught, for the most part. It’s been constant practice, putting in my 10,000 hours and then some. I think every student needs to do that. You can’t teach someone to be creative and to make the music that’s within them, but you can teach them to do it better and you can teach them how to make a living from it as well.

What do you look out for in rappers and MCs?

Skill, dedication and the desire to learn more than anything else. It’s a double edged sword when you get a dope student, somebody who’s awesome at what they do and think they’re the full package, because they’re less willing to listen to advice. On the other side you have students who are less advanced and have a lot to learn but are far more willing to learn. It’s creating a balance and a harmonious class where everybody can learn and not feel out of their depth or not feel bored by the pace of the class.

What do you hope to achieve with the course?

I just want help some aspiring artists and at least hope that I played a small part in their overall success story. And I want to learn as well. I want to be inspired by some awesome young artists, hear things that I’d never thought of before, hear lyrics that make me want to throw my laptop out the window. I want to be inspired by some very talented young people, so that it improves my art and my music. Along the way we can learn and have some fun. It can’t be a traditional educational experience or environment because that’s not me and that’s not AMC either and I don’t believe that’s anything to do with music. You can’t just be sitting there reading textbooks about rappers and what they’ve done. It’s got to be an active journey learning from yourself and learning from others.

What advice would you give to emerging rappers?

The most important thing is just be dope at music, firstly. Master your craft and be very, very good at what you do. After that you have to learn how to get it out to people and how to make a living from it. If you’re not good at what you do first of all, if you don’t understand the industry in which you work and your business, you’re not going to go very far. You’ve also got to be willing to work extremely hard, harder than you’ve probably ever worked in your life for this thing which is so transient and non-guaranteed.

I would also say, remember to save 10 percent of everything you make. Trust me on that.

You have a tour coming up with Tech N9ne, what can we expect from your show?

You can expect dope music, beats that will shake your chest, as well as me jumping around the stage doing fly kicks. And of course, unparalleled lyricism because that’s what I do. You can expect an experience that you wouldn’t normally get from listening to my music. If you come to one of my shows and you say to yourself, ‘well, I could have just heard that at home,’ then I’ve done it completely wrong. It’s got to be a unique experience that will never be the same again, that will never be replicated. It’s a vibe that’s created there and then, and then it’s gone.

I’m releasing my newest single, it’s called Burnout. It’s a dope song and the music video it’s me on a horse with a cool hat. I’m working towards a full-length release, whether that’s an album or an EP I’m not entirely sure. I just finished the follow up single to Burnout today in my new studio. So, really excited about that and I’ll also be working on the second volume of my Manga series as well.