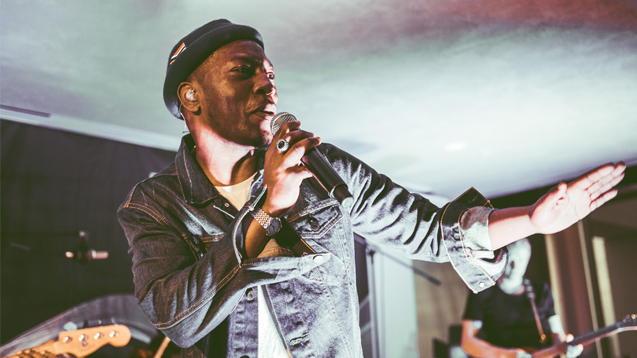 Singer, rapper, producer and all round natty entertainer Tiggs Da Author is master of the summertime skank. Watch him perform his suped-up urban soul live at PRS for Music Presents..

Singer, rapper, producer and all round natty entertainer Tiggs Da Author is master of the summertime skank.

As influenced by East African jazz, Dizzee Rascal, So Solid Crew and classic Motown, he riffs on a whole record collection’s worth of stuff to create his suped-up urban soul.

His debut track Georgia announced his arrival in September with a big burst of brash brass, contagious choruses and warm-blooded bass.

The track instantly pricking the ears of BBC 1 Xtra and Jools Holland alike, and has since racked up more than two million plays on Spotify.

His follow-up Run, which features rising star Lady Leshurr, has had a similar effect, raising anticipation levels for his debut record, expected soon.

With all this going on, PRS for Music decided to get him in for its latest Presents event in Kings Cross, London.

We were on hand to catch the man live in action. Watch him perform Georgia below…