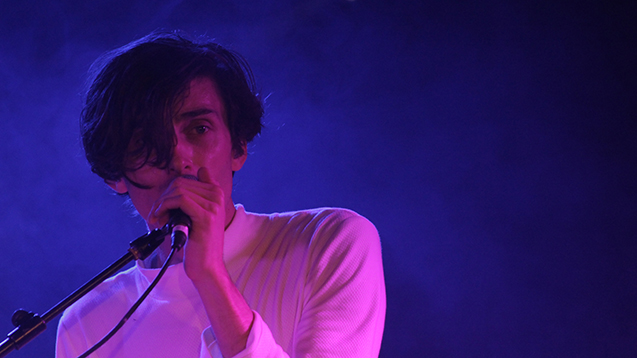 NZCA Lines is London synth-pop auteur Michael Lovett - purveyor of Two Hearts, one of the year's biggest ear worms so far. Watch him live at the PRS for Music Foundation Momentum Showcase...

The latest development in his sonic odyssey is sophomore album, Infinite Summer, a concept piece that riffs on the fiery relationship between planet Earth and a fast-expanding sun.

While the bare bones are based in pure fiction, the reality is a string of eighties-inspired ear worms, including recent single Two Hearts.

The track has been one of 2016’s brightest moments so far, showing off both Michael’s songwriting chops as well as skills of his co-collaborators, Charlotte Hatherley (Bat For Lashes, Ash) and Sarah Jones (Hot Chip).

We were lucky enough to catch Michael and Sarah live at the PRS for Music Foundation Momentum Showcase at The Great Escape recently. Check out their synthy wares below:

Read our recent interview with Michael.