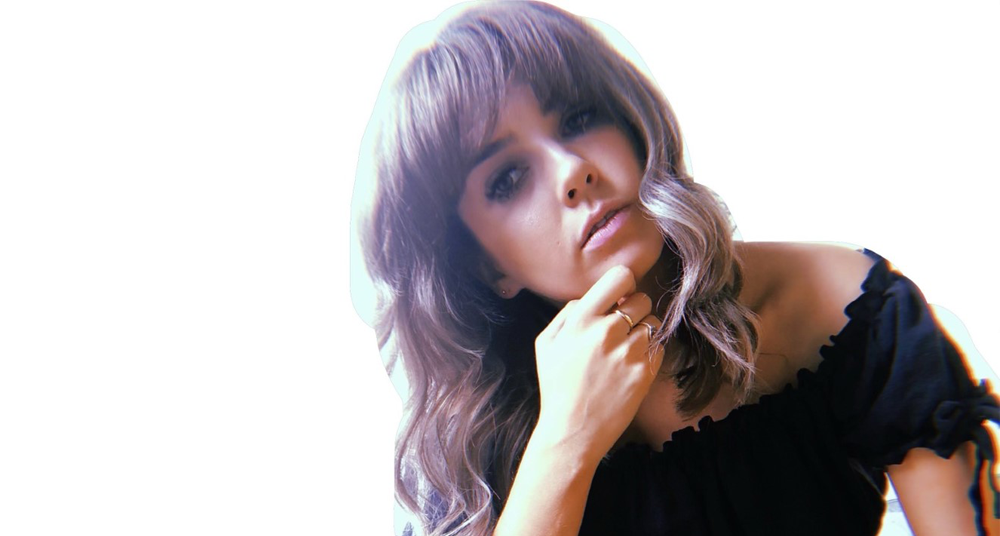 If anyone knows their way around writing a hit, it’s Sarah Blanchard. With writing credits and collaborations that include Tom Grennan, Anne-Marie, Little Mix, Griff, Becky Hill, David Guetta and Jess Glynne, she is up there with the country’s most important and successful songwriters of the last decade.

Now, fresh from her appearance on The Songwriters Podcast, and on a short break from a writing session, we caught up with Sarah over the phone to uncover all aspects of her craft.

Sarah still remembers the first song she ever wrote but — unlike for most of us — it wasn’t some long-forgotten effort from school. Instead, it was the 2014 Clean Bandit and Jess Glynne smash hit Real Love — a track that reached number two in the charts and was written while she was studying at university. ‘I wasn’t even meant to be a songwriter!’ she laughs, ‘It was very exciting. I had such a different mindset back then though, because I was just kind of helping out and doing it for fun.’ Remembering the excitement of waiting to hear where it landed in the singles charts, that sense of fun shines through. ‘We knew it wasn’t going to be number one because Bob Geldof had released a charity song,’ she says, ‘and I remember the chart show getting to number three and it was Olly Murs, and we were like, “YES!” That was when I first properly listened to the song on the radio and thought, “Oh my god, this is so cool.”’

Having gotten into songwriting through a love of poetry, Sarah has always approached it in a unique fashion. ‘My boyfriend at the time was in a band and he decided he wanted to write for other people,’ she recalls. ‘He said he wasn’t very good at lyrics, but I used to write poetry just as a hobby. He said I’d be really good at it, and I just tried to give it a go.’ Quickly picking up the art behind writing hooks and choruses, things progressed from there. ‘I had a different way of looking at things because I wasn’t from a musical background,’ she points out. ‘I didn’t really know what I was doing, but I also wasn’t really fazed by certain things either. Going into a room with Jess Glynne wouldn’t make me nervous because I wouldn’t have known what the significance of doing that was.’

'Anyone can write their own dreary kind of self-indulgent indie song but making something sound very simple is really complicated.'

What began as a job on the side soon became the impetus behind quitting her job when she picked up her first publishing deal. ‘I thought, “Fine, I’ll do this as it sounds fun for a bit,”’ she laughs, ‘I always had it in my head that it was just going to be this for a little while, and then I would go back to being a therapist or whatever after.’ She pauses for a beat, ‘but I haven’t looked back since.’

And there’s a reason for that. With a leaning towards a more lyrical approach, Sarah’s work soon began to stand out and shine in a competitive market, though she believes that it is very much trend led. ‘It comes in and out,’ she admits, ‘I think the whole Max Martin camp are always more on the melody and like, “Oh, the lyrics don’t matter.” Who knows what Hit Me Baby One More Time means? It just sounds good! If you listen to some of the Backstreet Boys song lyrics from the ‘90s, they just make no sense. But you can’t deny the hit factor of the songs. He’d just use the words that sound the best.’

As we are chatting the night after the BRIT Awards, it feels natural to ask her about her thoughts on the show and it is a surprise to find she doesn’t get invited. ‘Songwriters don’t really get invited to these things,’ she states simply. ‘Some have been in the past and some haven’t even been acknowledged — it’s very political, I think. It’s not like they’re going to go up and accept the award! It’s just being part of the celebration of a song they wrote doing well, where the artist may or may not have written it with them. The artists obviously have a massive role to play, but I just feel like it’s not cool. I feel like we’re a bit separate and the labels think we’re just disposable, don’t they?’ Having said all that, Sarah is delighted that Becky Hill — an artist she has been writing with recently — picked up the Best Dance Act Award. ‘She deserves it, she’s great,’ she says. ‘She’s been knocking around for a long time and I don’t think she’s got the credit for how amazing she is. Every artist has their own unique journey, but a lot of them do have these things where they’re on a label, and they’re doing something they’re not happy with and then get dropped and picked up by another label. It’s pretty intense. But Becky has really smashed it over the last few years. I think there was a point where people thought it was over for her and she’s come back even stronger.’ Describing her as an ‘incredible writer,’ our conversation flows easily on to what some artists are like in the writing room. ‘Sometimes writing helps them and other times it doesn’t,’ Sarah says. ‘I think they can get in their own way with it, because they want to write something personal to them, but the label wants something that everyone can relate to.’

Building that relationship as a co-writer or collaborator is something that Sarah has built an entire career around. ‘There’s so many variables into getting the right song and being in the right space,’ she admits, ‘but mainly it’s having that awareness of someone who gets you. Some people don’t get my role, and some people might not like it. Some people you will come across and they’ll just shun you, and you think, “Nah, I’m not bothered who you are.”’

Recent headlines and Twitter storms were generated by Blur and Gorillaz frontman Damon Albarn’s extremely misguided — and, quickly if not fully, withdrawn — comments about Taylor Swift’s songwriting and what co-writing entails. When asked whether that kind of outdated view annoys Sarah, she is fairly ambivalent. ‘He’s a really credible artist and it’s a different experience for him,’ she begins carefully, ‘but has he ever written a successful pop song aside from his own project and not as part of a band? Maybe he thinks it’s easy, but actually it’s super complex. Anyone can write their own dreary kind of self-indulgent indie song but making something sound very simple is really complicated. People are tricked by the fact that it sounds a bit dumb or that you can dance or sing along to it.’

‘When you’re not in Noel Gallagher’s position, you accept what you’ve got because you’re not getting an artists’ royalty,’

Describing the process of how these songs with multiple songwriters come about, it sounds anything but simple with producers and ghostwriters also ending up with a credit on a song that may have begun life with just a few people in a room together. ‘When you’re not in Noel Gallagher’s position, you accept what you’ve got because you’re not getting an artists’ royalty,’ she says. ‘You’re in a bad position as it is, so you just say yeah to whatever it takes to get the song cut. That’s why a lot of people end up on the songs!’ Admitting that she finds it hard to listen to music or go to shows without analysing and unravelling the songwriting on display, Sarah is in open admiration for the work of artists like Ed Sheeran. ‘I can’t listen to him without being amazed about his writing,’ she says warmly as she describes the many ways that his clever songwriting shines through. ‘I just love the way he writes, where he doesn’t repeat a lot of the melodies but sounds like he is repeating them. Or where he is hammering the same melody all through a chorus, but it sounds a bit different every time and then he’ll flip the hook. It’s all really clever.’

Now a million miles from those early days writing at university, Sarah can afford a little moment to reflect on what she’s already achieved. ‘When I first started out, I had more naivety about how I would approach everything,’ she remembers. ‘Getting a song out there with hardly any experience and having such good luck in the beginning, I just thought, “Oh I’ll write more and then it will be sung by Rihanna and life will be great.” Then it started to be a bit harder than I thought, but you learn from experience, and if something’s good then you get a feeling. Cream rises to the top I guess!’

And with that, our time is up, and Sarah Blanchard returns to her writing session — still intent on finding ideas that will rise high enough to join her at the top.