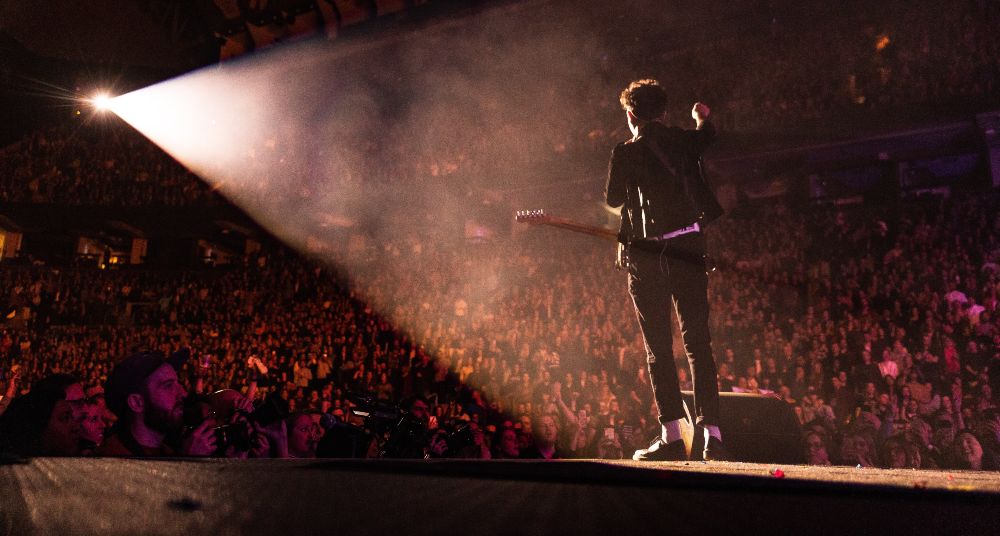 As the live industry begins to take a more recognisable shape, Mark Sutherland finds out how performers are navigating the tumultuous world of touring now that Brexit is done.

For much of 2021, Freedom of Movement was a relative concept for UK musicians. After all, it’s difficult to contemplate touring across Europe when, thanks to the coronavirus pandemic, you can’t even leave your house.

But, as the continent slowly opens up and Brits dust off their passports, most artists find themselves still stuck — metaphorically and, occasionally, literally — at Dover. All too many of them are being put off from crossing the Channel by the confusing array of rules, regulations and additional costs that have come in since the UK’s transition period after leaving the European Union ended on 31 January. It might be almost a year since Brexit finally got ‘done’, but only now is the reality kicking in.

‘We were saying Brexit means you can’t tour or work in the EU at a point when we weren’t allowed to leave our postcodes,’ sighs Jamie Njoku-Goodwin, chief executive of UK Music. ‘But we’re now getting to the state where it’s not just theoretical, it’s not just a warning, we’re starting to see it.’

‘The real tragedy of it is that there are going to be names, potential legends, that we’re never going to hear of.’

Njoku-Goodwin notes that, after 18 months out of work, musicians and road crew are now ‘coming up against cabotage and living through the horrors of having to get work permits and visas. It’s become very real.’

At least live music’s extended hiatus means that there has also been time for progress to be made in negotiations with individual EU member states. As things stand, there is now some element of visa/work permit-free touring permitted in 21 of the 27 member states, with Spain — a key touring destination for UK acts — the latest to come on board.

However, it remains a long way short of the universal, unrestricted access enjoyed as an EU member, and regulations and permitted lengths of stay vary wildly even within the 21 ‘open’ countries. Meanwhile, there has been a notable lack of progress on issues such as cabotage (which restricts UK trucks to just three stops in Europe before they must return home), CITES (which restricts bringing instruments made with certain materials into the EU) and carnets (which list all of a tour’s equipment and can be checked at individual borders).

‘How can you route a tour for next spring when you don’t know what the rules or the costs are going to be?’ asks Catherine Anne Davies, aka The Anchoress. ‘Established acts have a financial buffer, but when you don’t have that, you have to carefully financially plan everything, and you can’t do that without information. The lack of clarity is as much of a problem as the costs themselves.’

‘Not enough negotiation has been done,’ agrees David Warburton, MP for Somerton & Frome and chair of the All-Party Parliamentary Group (APPG) for Music. ‘This has been side-lined for months by the government, and many of us are trying to push it up the agenda and make them take note. People don’t realise the size and importance of the music industry. It’s larger than fisheries and steel combined, but I don’t think that cuts through.’

‘How can you route a tour for next spring when you don’t know what the rules or the costs are going to be?’

Warburton has been a leading campaigner for musicians’ right to tour without restrictions and recently asked Prime Minister Boris Johnson to take ‘urgent steps’ to help resolve the situation. Warburton’s suggestions include opening a music export office, intensifying negotiations with individual countries and pursuing an EU-wide cultural exemption for cabotage and other regulations.

‘We’re in danger of losing cultural influence and one of our most important exports,’ he declares. ‘We punch massively above our weight in the music industry, it’s a hugely successful British export and, at the moment, it’s messed up. But it’s in no one’s interests for this to continue. It’s just a matter of the government or negotiators applying themselves to the problem and cracking on with it.’

In the meantime, however, it’s musicians — particularly new and independent artists — who have to deal with the consequences.

‘Unless you’re an established artist that sort of thing can kill you,’ says Justin Hawkins, lead singer of The Darkness, who have European dates booked for January next year. ‘The one-two punch of Brexit and Covid is devastating for bands at our level and below. We’re a moderately successful rock band and it’s a real struggle for us, but hopefully there’s light at the end of the tunnel…’

Frank Turner, due to tour Europe in 2022 in support of new album FTHC, is also concerned about those that simply don’t have the support or finances to cope with the increased bureaucracy.

‘Stadium bands or arena bands or, indeed, even me will probably be fine,’ says Turner. ‘The thing that matters is what happens to people on the grassroots level, people trying to establish themselves – that’s what we need to care about and pay attention to.’

‘We punch massively above our weight in the music industry, it’s a hugely successful British export and, at the moment, it’s messed up.’

And the longer the situation continues, the more severe the consequences will be for Britain’s talent pipeline. Playing live in Europe has played a crucial role in the development of countless UK superstars, from The Beatles to Ed Sheeran, but the next generation is in danger of missing out entirely.

‘The real tragedy of it is that there are going to be names, potential legends, that we’re never going to hear of,’ says Jamie Njoku-Goodwin. ‘In an alternate universe these people would be taking the world by storm, but at this point in their career they aren’t able to do stuff. They aren’t going to have the career they could have had, purely because the bureaucracy and red tape has put them off.’

Catherine Anne Davis, who toured Europe with Simple Minds pre-pandemic, says she is unable to shoulder the ‘financial and logistical risk’ involved in booking her own European dates in the current climate. Instead, she is looking for alternative routes to the market, having recently received funding from the government/BPI-backed Music Export Growth Scheme.

‘For me, the Holy Grail was always to go into Europe and start earning decent money from shows,’ she says. ‘Historically, you would always be paid better in Europe and that would buffer the poor returns you get from playing live in the UK up to a certain level.

‘It’s frustrating, but also very sad because it’s a point in my career that I looked forward to,’ she adds. ‘It’s such a fantastic thing to be able to share your music in Europe. Not to be defeatist, but I feel like that’s not going to happen for me now.’

Whether things will improve in time for 2022’s touring season will depend on what further progress organisations such as LIVE and the Association of British Orchestras, which drove the Spanish breakthrough alongside local counterparts Asociación de Promotores Musicales, as well as other trade bodies can make with individual states. And, of course, on whether the government chooses to get more involved.

‘It’s such a fantastic thing to be able to share your music in Europe. Not to be defeatist, but I feel like that’s not going to happen for me now.’

David Warburton has yet to receive a response to his letter from the PM, but hopes the evidence sessions from the APPG on Music inquiry into the barriers faced by musicians will keep the issue on the government agenda. And he insists that the ‘big win’ over Spain shows that progress can still be made.

‘I’m sure we’ll have other good wins coming up too,’ he adds. ‘I do remain very optimistic. The government’s beginning to realise the scale and the importance of this. We will solve it; we just need to shout about it quite a lot louder.’

And with the live scene cranking up a gear, UK Music’s Jamie Njoku-Goodwin warns that everyone — government, industry and musicians — will have to play their part in helping to make sure British music maintains its prominence in Europe.

‘We’ve left the European Union and there are a whole load of realities that mean things are never going to be exactly the same as they were when we were a member of the EU,’ he says. ‘But we’ve got to keep up the pressure. It’s really important that politicians from all parties hear that this is something people care about. Every MP will have thousands of musicians in their constituency and it’s really important that those people hear our voices and know that this is an issue that isn’t going to go away.’