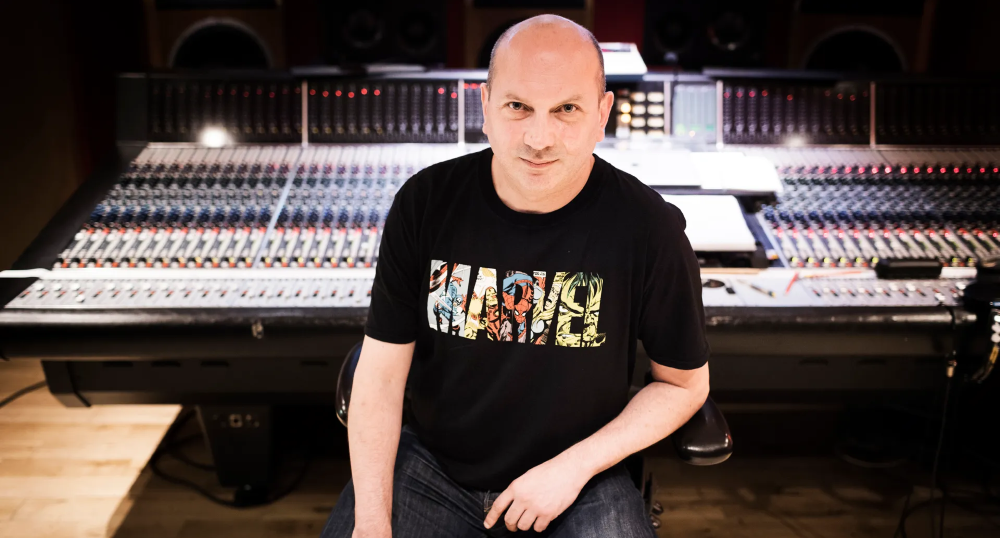 Unlike typical teens, composer Richard Jacques was an early riser. Waking up with the dawn chorus was a necessity — not because his circadian rhythm demanded it, but because his alarm would go off at 5am each morning so he could get in an hour of gaming before he had to leave for school.

Ever since Jacques had been given a personal computer for his 11th birthday in 1984, he was hooked on exploring the 2D worlds of British indie games like Jet Set Willy, as well as honing his computer programming skills by composing electronic music through his joystick, keyboard, and mini synthesiser. Much to the relief of his music teacher parents, this wasn’t a time-wasting hobby — by 1994 he had taken a job at Japanese games developer Sega as an in-house composer. And in the 28 years since he has been in the video games industry, Jacques has become one of its most in-demand composers: he was the first composer to record a video game soundtrack at Abbey Road with a professional orchestra on 2001’s Headhunter, he earned a Bafta and Ivor Novello nomination for his work on 2010’s James Bond 007: Blood Stone, and is now up for a second shot at the Ivors for his scoring on 2021’s Marvel’s Guardians of the Galaxy.

‘I look at the music as an emotional bridge between the story and its characters and the player's experience.’

Although sometimes dismissed as a secondary add-on to gameplay, Jacques believes scores are integral to the multi-billion-dollar artform. ‘Orchestral scores in games provide such a human connection for the player,’ he says over a video call from his home in South London. ‘Video game scores are so different from film and television music because those are both linear mediums — the composer always knows what is going to happen at each specific moment in the story — whereas games are interactive. They are dependent on what the player does, so a good score needs to be flexible and certainly non-repetitive.’

With over 50 composition and arrangement credits to his name, Jacques is a master of keeping his music fresh and unrepeated. ‘I always wanted my scores to be part of the experience,’ he says. ‘I look at the music as an emotional bridge between the story and its characters and the player's experience.’ In recent years, the wider public has similarly caught up to Jacques’ point of view that the score is just as integral to the game as its aesthetic or narrative arc. This year will see the first BBC Prom dedicated to video game composition, while the Ivors will be marking the seventh iteration of its dedicated gaming music awards category.

What has prompted this recognition? For Jacques, it is all down to the rapid advancement of technology. ‘The first game music I really paid attention to was the Sega driving game Out Run,’ he says. ‘It was one of the first arcade games to use digital audio, so the drums actually sounded like drums, and it was able to play three channels at the same time. It sounded so much fuller than the chip-based sounds of other '80s games.’ Throughout the ‘90s, when Jacques was working at Sega, the advent of CD-Rom as the medium for video games, rather than cartridges, accelerated the varieties of sounds that could be added to a game, ultimately resulting in Jacques’ decision to hire a full orchestra of concert players to record his score for the third-person shooter Headhunter.

‘I like to write my themes away from my studio, since if I'm in my studio waiting for the magic to happen, it might send me down a path I don't particularly want to go down.’

‘The studio engineers and musicians were really interested and impressed by the fact that we were just taking the same approach as a film when I recorded in Abbey Road,’ he says. ‘We had four days, we went to a great studio with great musicians and a lot of people sat up and took notice that video game music is here to stay from then on.’

A marker of this popular recognition comes in the form of increasing numbers of video game concerts, where orchestras replicate the scores from beloved titles to a live audience. ‘I’ve had my music played everywhere, from the Royal Festival Hall to the Hollywood Bowl,’ Jacques says with a smile. ‘It shows that there's an audience for it and often younger audiences may discover symphonic classical music through going to a video game concert too, which is incredible.’

Public approval aside, there is the fundamental question of creating the music for these increasingly complex games before they can be appreciated. For his latest project, Marvel’s Guardians of the Galaxy, Jacques took on his biggest task to date: six hours of recorded composition that needed to seamlessly play between 31 licensed tracks and a 10-track album of rock originals. ‘For three years, from September 2018 until the game came out in October 2021, I was writing seven days a week, with the occasional Sunday afternoon off,’ he says. ‘It's the largest amount of music I've ever had to write and even though I enjoy the pressure, it was mentally challenging because you might be working for a month and then realise, you're only just chipping away at this huge mountain of music. That made the whole process daunting.’

Jacques kept the creative juices flowing by drawing on his decades of experience. ‘I like to write my themes away from my studio, since if I'm in my studio waiting for the magic to happen, it might send me down a path I don't particularly want to go down,’ he says. ‘I always come up with it in my head when I'm walking around the park and then it starts to evolve. You have to have a pretty good imagination to visualise how the music will fit into the game, as you won’t see it for four or five years.’

‘I've been underground in a way, engrossed and focused on Guardians, and now I’m coming up for air before the next project kicks off.’

Patience is truly a virtue in the gaming world, since when the time finally came to record, a new obstacle appeared in the form of the COVID-19 pandemic. ‘When we made it to the studio, we still had social distancing in place, so we had to record the musicians in chunks and then glue it back together,’ he says with a laugh. ‘Still, the musicians were desperate to get back to work, so we had the real a-list that London has to offer. When you hear 80 of the best musicians on the planet play the first note of a score, it is electric. It is one of the best parts of the process.’

Ultimately, it all seems to have been worth the extra effort, as Jacques is only a few weeks away from attending the Ivors 2022 to see if his work might win the prize for Best Video Game Score. ‘It can be hard to let a project go out into the world when you’ve been working on it for several years, but the response from the gaming community has been so heartening,’ he enthuses. ‘The Ivors feel especially important since it's purely peer-judged, so it's really humbling to be recognised. The awards ceremony will be a great unifying day for everyone creating songs and composing music.’

Whether Jacques wins or not, he is keeping booked and busy by entering pre-production for a secretive new gaming project that will see the light of day in around five years’ time. ‘I've been underground in a way, engrossed and focused on Guardians, and now I’m coming up for air before the next project kicks off,’ he says. ‘It’s a strange existence, but I wouldn't change it for the world.’ It seems the singular passion that drove those early starts all those years ago is still present — and it shows no signs of slowing down.