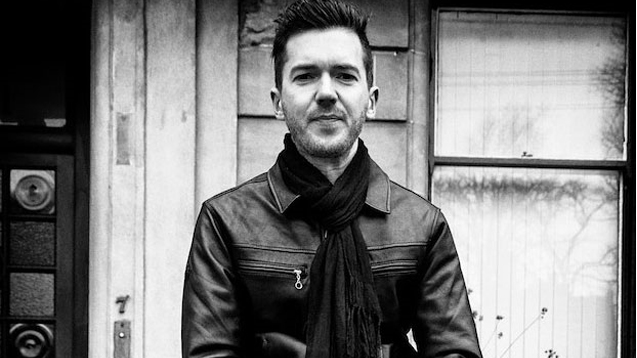 When it comes to beats, re-edits and the disco, The Revenge (aka Graeme Clark) is one of the electronic underground’s most knowledgeable experts.

Graeme may hail from Glasgow but his house productions and edits often come from the sunnier, more Balearic end of the dancefloor. Over recent years, he’s been a prolific producer, DJ and label boss, lording over his much loved Roar Groove imprint, turning dancefloors upside down with appearances at the likes of the Electric Elephant Festival in Croatia and rewiring club systems with productions, all laden with an intricate knowledge of what a club needs to make it go off. Previous releases have appeared on DFA, Pokerflat, Needwant, My Favorite Robot and his own deceased, but sought after, Instruments Of Rapture label while he was also one off of ace production duo 6th Borough Project. Now ahead of his appearance at the forthcoming Sancho Panza Festival, we quizzed Graeme to find out how he wrings as much creativity as possible from his studio...

A couple of years ago I moved my studio around so that I needed to stand up to use the machines. For me it was a revelation. We perform standing up so why do we always sit down in the studio? I have an adjustable height desk that I can lower if working on mastering or mixing which I find is a more sedentary role. But for the actual making of music I think it’s more inspiring to stand up and get into the music rather than it feeling like an office job.

When I first got into making my own music around 1996, I was using a tracker program on my Amiga 600 without any hardware. After I got my first job I started buying bits of outboard stuff and incorporating more jamming into what I was doing. At that time, I didn’t have multi-tracking capabilities so just had to record direct to cassette or CD. If the mix wasn’t quite right it was a case of doing it again. As technology progressed I found myself working more and more ‘in the box’ and using less hardware. Slowly I’ve drifted back into a more live way of working without using the computer screen as a visual aide - just hitting record and multi-tracking the results. For me, it’s definitely a more fun way to make music and the results are often more unexpected than painting tiny blocks onto a screen.

Arranging can be a very daunting process when you’re sitting looking at an empty screen and trying to fill it up. The idea of jamming helps me a lot here. By just hitting record and going with the flow for 15 or 20 mins I get the feel for an arrangement much more quickly. Dropping elements in and out and tweaking sounds on the fly is a much more instant way to see what works and what doesn’t. From that recording I can chop bits out or add bits in and then refine with EQ and levels towards the end.

Don’t be too precious

It’s easy to feel that just because you have worked on certain elements of a track for hours, days, weeks, that all that work is justified in the final mix down. I tend to work on several tracks at a time as I find that it keeps my mind from getting too caught up in the minutiae of one piece. Not being able to see the wood for the trees is the expression that comes to mind. Go out for a walk, let your mind wander, get bored … anything but sitting looking at a computer screen trying to get inspiration. It can be like staring into the abyss. And if you come back and that kick drum still sounds rubbish, get rid of it and try something else. You’ll probably surprise yourself more often than not.

I am quite happy with my own company and enjoy tinkering around in the studio messing around with ideas. But if I’m honest, a lot of my most fulfilling work is when I’m collaborating with others. Don’t be afraid to invite collaboration. The results aren’t always what you hoped they might be, but as long as you don’t set your expectations too high then you’ll likely find lasting inspiration and new ideas from working together.

You can catch The Revenge at Sancho Panza’s debut festival. They are launching their Notting Hill carnival in the countryside of Hertfordshire July 29-31.

facebook.com/therevengeuk
Features
Back to top