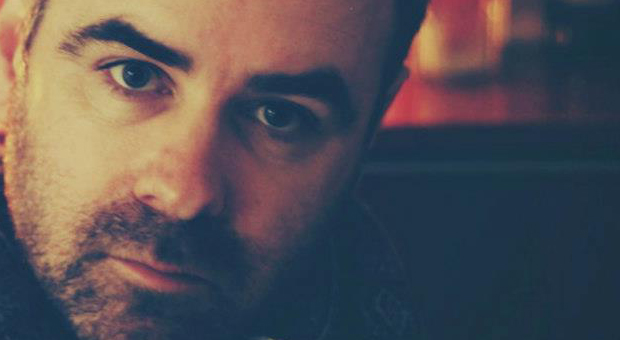 'Get rid of rational thought altogether and run from your heart straight to the pen': Steve Mason chats songwriting...

Steve Mason’s mercurial songwriting talent has consistently coloured every project he’s ever been involved in over the last 15 years.

From the brilliant beginnings of The Beta Band through to King Biscuit Time, Black Affair and now his solo work, he has always cut to the heart of the matter, distilling raw emotion into unparalleled lyrical honesty.

His latest album, 2013’s Monkey Minds in the Devil’s Time, saw Steve at his iconoclastic best, railing against the established order while writhing in lavish electronics and deep dub.

He’s recently resurfaced with promise of another solo album, due next year. The news was paired with a candid audio interview and photograph for the Portrait of a British Songwriting exhibition, which closed this weekend.

The show was created by photographer Rachel King and interviewer Rachael Castell, in collaboration with Domino Publishing, Wolf & Diva and Sonos, to celebrate some of Britain’s most influential, independent songwriters.

Rachael: Do you enjoy performing?
Steve: I do, yeh. But that performance just now was really difficult because I haven’t played live in a while. And doing small things like this is much more difficult than playing to two thousand people because you can see the whites of the eyes. Especially the finger-picking sets – they can be really hard when your hands are shaking. Three or four gigs into a tour and I can relax and start to take control of the situation, but I was really nervous just then – it was horrible!

Do your songs ever surprise you? You played a song just then (Dr Baker) that you’ve been playing a long time. Do they ever change?
They don’t change because I hate it when people change them. The best example is Bob Dylan. You go to see him now and you don’t have a fucking clue what song he’s playing until about half way through. I hate that. I think it’s really disrespectful. For some they do a totally different version live, and that’s great, but some sort of halfway house where it’s just a bit messed up is annoying.

When you go to see a band you want to be punching the air and singing along and know where all the bits happen. But if it’s all changed up then it’s a bit of a mess.

Do the meaning of your songs ever change?
No, not for me, because that was a moment in time. My songs are like a diary, they’re exactly about something that’s happened, usually about two years before. I take a long time to process things. It goes in for a couple of years and then comes out again.

Does it surprise you when it comes out in that format, then?
Yes, it does. Sometimes I write a song and think, ‘oh my god, I’m still bothered about that!’

Is it a catharsis when you’ve done that?
No, not really. With a song like Dr Baker, it’s nice that something creative can come out of weird things. Not every song comes out of experiences that are horrible, but a lot of them are quite heart breaking and sad. That’s what seems to drive me. I’m trying to get to the point where there’s no barrier between your heart and that part of your mind that controls things and turns things into rational, sensible thoughts. Get rid of that altogether and run from your heart straight to the pen. I know when I’ve achieved that because it actually upsets me to sing it. I love when I manage to do it and it’s completely undiluted – that’s always what I’m trying to do.

You’ve played solo and with other musicians. How do you write with other people?
In the Beta Band we would just press record and after a while we’d say, ‘yep, that’s it. That’s an album’. We never used to edit at all, until later on when we got professional.

I’ve been in bands since I was at school so nowadays I really miss working with other musicians. On the album I just finished, which is out next year, I got my bass player and drummer and we went to a rehearsal space in Brighton. We worked around six or seven of the tracks that I wanted to have guitar-bass-drums on. We just played around. I hadn’t done that for years and I really missed it. So from now on, I’m definitely going to be more involved with other people.

For me, songwriting became something I did at home on my own – which can be pretty fucking depressing. I’m at a time in my life now where I’d much rather have fun and fill a room full of musicians and become happy!