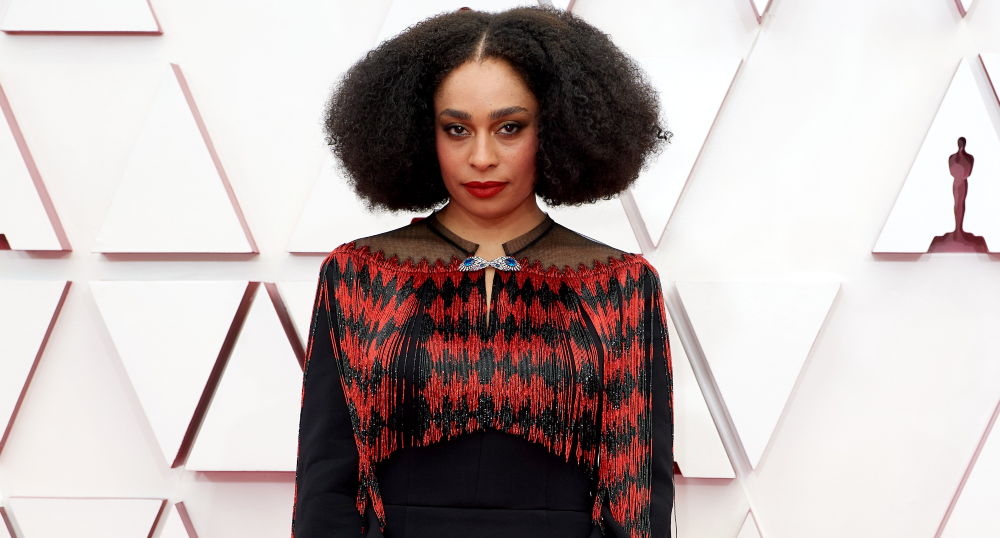 PRS for Music’s 2021 financial results: What do they mean for members?

Despite the impact of COVID-19 on the music industry, PRS for Music has reported year-on-year revenue growth thanks to rapidly increasing digital collections. Here Mark Sutherland unpacks what it all means for those on the receiving end of these royalty payments.

For PRS members, it’s the most wonderful time of the year.

As money dropped into songwriters and composers' bank accounts during the April distribution, social media was lit up with people celebrating receiving the rewards for their hard work.

From grime MC JME to acclaimed indie singer-songwriter Penfriend, via classical composers and drum and bass producers, it was clear that the latest #PRSDay was particularly welcome after two tough years for musicians during the COVID-19 pandemic.

Each tweet represented an individual story behind the society’s overall 2021 financial results, released today. And, encouragingly, while there are still plenty of challenges out there, the figures show signs of a recovery after revenues plunged by almost 20 percent in 2020.

'Songwriters and composers say that the huge demand for streaming content prompted by multiple lockdowns is now starting to filter through to royalty statements.'

‘In a year again impacted by COVID restrictions, we were incredibly pleased to see significant year-on-year growth,’ says PRS for Music chief executive, Andrea Czapary Martin. ‘What the pandemic underlined was the sheer resilience of music, including its importance to fans and businesses in unprecedented times. It is this power to connect and engage that has allowed the industry to bounce back after the declines of 2020.’

And, indeed, within those headline figures, there are some remarkable success stories. Martin notes a ‘very encouraging’ rise in online royalties, up by 45.6 percent year-on-year on a constant currency basis, to overtake both the international and public performance revenue streams which were a long way ahead in 2019. That boom was fuelled by the huge songwriting success of PRS members, who featured on hits such as Ed Sheeran’s Bad Habits and Dua Lipa’s Levitating, bringing in a big income boost from streaming platforms.

Also online, revenues from video-on-demand services also rose significantly, up 50.7 percent on last year and almost doubling since 2019, as new and renewed licences for services such as Disney+, Apple TV and Netflix all came on board.

Individual songwriters and composers say that the huge demand for streaming content prompted by multiple lockdowns — alongside a recovery in traditional linear broadcast revenues, which rose 1.5 percent year-on-year — is now starting to filter through to royalty statements.

‘Everyone ramped up their output of content creation,’ says Liam Tallon, aka Draft, an electronic musician whose library recordings featured extensively in content last year. ‘That meant things were being used and there was more scope for it. I’m now seeing the results of that period.’

‘There’s definitely been an explosion in creation,’ agrees Dave Anson, a composer whose work proved particularly popular amongst sports broadcasters as live sport returned. ‘We’re finally getting to the point where they’ve had time to make these productions, and composers are able to work on them.’

However, Anson warns against the trend for some companies to try and take writers’ shares as part of commissions.

‘We’re at a crossroads in the TV industry where some networks are starting to get a bit greedy and try and get their hands in the pot of money,’ he says. ‘We’re nothing without royalties. But it’s brilliant to have so much work out there and to be able to work on it.’

Not all sectors are fully recovered yet. In general, public performance — which suffered during the months when most UK retailers and hospitality venues were closed — bounced back, with a 59.6 percent year-on-year uplift, although it remained 38.1 percent down on 2019’s figures.

But within that, there was a further fall in revenues from live performances, down 29.2 percent on 2020 to just £8m. That’s a mere 14 percent of 2019’s £54m figure, with an 84 percent decline in the number of setlists reported to PRS for Music.

‘We still clearly saw the impact of the pandemic in royalties collected from the live sector,’ says Martin. ‘That being said, 2022 has begun with renewed optimism for the live music industry, with over 240 major tours featuring PRS members already planned throughout the UK and beyond. All the major festivals, including Glastonbury, are returning this year so the signs are good.'

The live shutdown inevitably had an impact on those who rely on playing gigs, such as singer-songwriter Roxanne de Bastion.

'The beauty of the PRS statement is that writers can discover such unpredictable usages around the world.'

‘It’s been so tough for myself and artists in my genre,’ she says, ‘because royalty collection from live shows really makes up a considerable chunk of our income. Not having had that for a couple of years was definitely noticeable.’

De Bastion also had to postpone dates at the start of 2021 due to the pandemic and says she will have a quiet festival season as promoters honour previous commitments after two years of cancelled events. She will hit the road for a UK tour in June but says new Brexit regulations for European touring and the cost-of-living crisis will also have an impact as the sector attempts to return to normality.

‘It’s going to take a long time for the whole ecosystem to recover,’ she says. ‘The confidence from audiences isn’t quite there yet either. So, as much as it’s good to focus on the silver linings, it definitely is harder.’

Liam Tallon says he has now largely stepped away from live performance as ‘it wasn’t necessarily viable’ while his other work was booming. Fortunately, de Bastion says her PRS statement also showed a rise in broadcast income, after her You & Me, We Are The Same album won widespread support at radio, and her music secured some unexpected placements, including featuring on Sky Sports’ darts coverage.

‘It was good timing that that made up a bit for the lack of live income,’ she says. ‘Soundtracking the darts wasn’t necessarily in the plan, but it’s a nice surprise, so I’ll take it!’

The beauty of the PRS statement is that writers can discover such unpredictable usages around the world, with Liam Tallon intrigued by his music appearing on a show called Aussie Salvage Squad, and Dave Anson finding US broadcasters contributed the majority of his income (‘I make bombastic, dramatic music, so I guess I fit right in to American TV!’ he laughs).

'The big question, of course, is whether 2022 can cement the recovery and see all sectors return to pre-pandemic levels.'

But overall, international revenues dipped 2.5 percent year-on-year, although they were up by 2.1 percent on a constant currency basis. They remained notably below 2019 levels, with a lag on royalties as coronavirus restrictions remained at different stages in other parts of the world.

The big question, of course, is whether 2022 can cement the recovery and see all sectors return to pre-pandemic levels.

‘While we’re not expecting 2022 to be fully back to normal, there are strong signs globally that the industry is bouncing back,’ says Martin. ‘This year, we expect both revenue and distributions to return back and above pre-COVID levels.’

That’s good news for PRS’ 160,000+ members, almost 8,000 up on 2020, with nearly 240,000 new compositions registered with the society last year. That helped generate 27 trillion ‘performances’ of music last year, up 20.5 percent, each one translating into a vital payment for someone.

‘Whilst some other royalty societies have struggled, I’ve seen PRS not even blink and it’s been brilliant,’ says Dave Anson.

‘The pandemic certainly reasserted the importance of royalties for music creators,’ says Andrea Czapary Martin. ‘We heard time and time again that, for some members, royalties were their only real source of income during this challenging time. As an industry, we must ensure that the royalties songwriters and composers receive reflect the true value of their work.’

Here's hoping the most wonderful time of the year gets even better over the next 12 months.