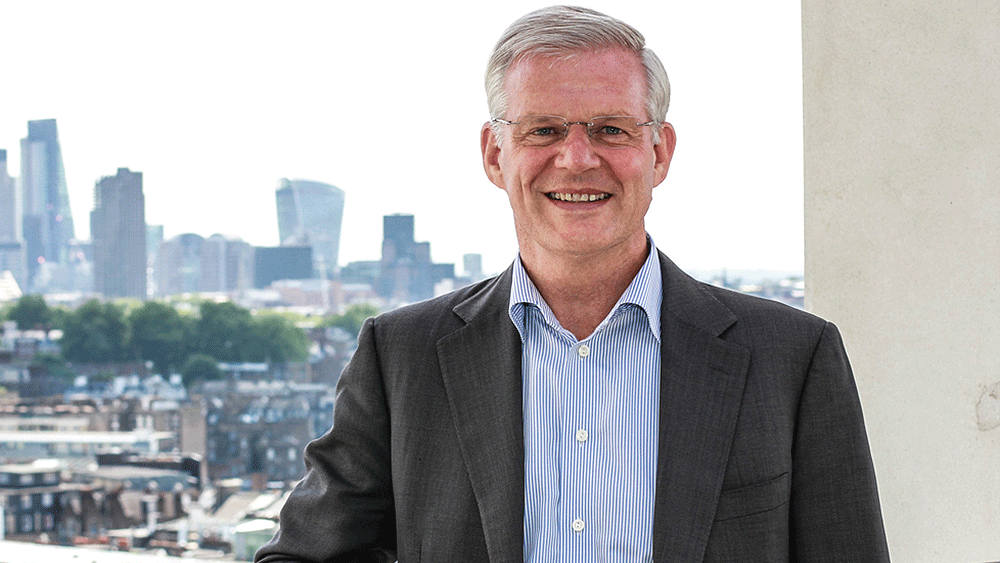 PRS for Music’s chief executive Robert Ashcroft looks behind the organisation's headline results to explain what the 2018 figures really mean for songwriters, composers and publishers.

PRS for Music has just announced another bumper year for members, with revenues rising to a record £746m in 2018.

This was driven in part by strong growth in online income, which rose 17 percent from £122.3m in 2017 to £145.7m last year. For this to happen, a massive 11.2 trillion digital music performances were processed in 2018 – representing a data increase of 70 percent.

International income was also a major contributor to 2018’s success, as PRS for Music collected £280.6m through its agreements with 150 affiliate organisations around the world.

Here, PRS for Music’s chief executive Robert Ashcroft looks behind the headline results to explain what the 2018 figures really mean for songwriters, composers and publishers. He also shares what’s in store for 2019 and clarifies how the recent changes to European copyright law could open up new opportunities for PRS members…

What does the explosion in reported music usages in 2018 tell us about the market and listener habits?

I don’t think you can read into it as much as you might think. The real issue is that there has been continued growth in subscription streaming, which has driven our revenues. But, as we have expanded the territories of the ICE licences, more countries are adding in their usage reports and they’re all being processed by country, by service and by month. Also, subscription users are listening more, which generates more streams but not more revenue, so we are processing nearly double what we did a year ago and while revenue is growing, it isn’t growing by as much as usage reporting.

What future growth are you predicting? Do you see this tailing off any time soon?

When you grow into India, the price levels are relatively low: it won’t add as much revenue for members but it’s a huge market, so we are yet to see.

If you look at the Scandinavian countries, penetration levels are so high that you question whether there is scope for growth in the future. Germany is not as mature as the UK, but even in the UK subscription streaming has not become mainstream in the way it has in the Scandinavian countries, so there is still plenty of opportunity in the major markets. Beyond that, once you get into the less mature markets, there is more growth potential, so I think we still have a few years yet of considerable market growth.

Obviously digital has pushed the music usage levels up, but are there other growth areas?

One of the things I’m interested in is the massive online multiplayer gaming platforms. We have just had a change in copyright law; does this now mean that when music is hosted on these platforms it’s a new licensing opportunity? We need to bottom that out.

Twitter, Snapchat and TikTok are yet to be licensed, and there are still some other unlicensed platforms out there, but most of the big social media platforms are now licensed, which is why we need to turn our attention to the gaming platforms, which have huge youth audiences.

How about international? What can you tell us about revenue growth in this area?

We continue to invest in international: our members’ music is heard all around the world and we must continue to track that. Revenue grew to £280m last year, which is encouraging. It’s nearly doubled in the time I’ve been here.

Is this real growth for members, or is the increase pegged to a handful of higher profile members who toured last year?

In our whole business, if you look at the distribution of royalties, there is quite a steep curve where the people at the very top do earn a large percentage of the total. Songwriters can struggle in the middle and lower end. We share that issue with the sports industry and the entertainments industry more generally. It’s just part of the way these industries work – money gravitates towards the top.

Songwriters have long been concerned about the per-performance payment rate in streaming – what’s that looking like after last year’s explosion in online music usage?

Ironically, what has happened is that as people are engaging more with streaming services, the value per-stream is going down. When the cash in your hand depends upon the number of times people listen to your music, then songwriters get concerned about the rate per-stream – understandably so, because they are looking for a metric.

These days though, the real metric is, ‘how many subscribers do you have?’ The trouble is, that doesn’t tie into one song or album in the same way the sale of a CD did, so we’re caught in a place where what we can measure – how many people have listened to my song – doesn’t relate to how much money is coming in; only how it is divided up.

People are disorientated and they don’t know how to measure success. It’s a very confusing world. At the top end people are doing very well and unfortunately, we’re finding as services become international, more people are listening to the top songs and the middle and lower earning songwriters are earning less and less. The shelf life of a song isn’t what it used to be either, so it gets harder and harder for most songwriters to make a living as we switch to streaming. Yet we sit here as a society proudly announcing how much extra revenue we have – which is true – but somehow for many of our members it just doesn’t add up.

We’re paying out more money, to more members, on more songs, but the value per-composition keeps dropping. That is a real problem. If there’s one legacy I could leave the industry it would be to say that the first n streams are worth a certain amount, the next thousand n streams are worth x amount, the next million are worth x amount, and tail it off. That would bring some money from the top and spread it across the membership more evenly. It would replicate, in some way, the economics of the CD sale. And it would enable us to have a healthier ecosystem.

The problem is, the second you implement that kind of distribution system, the high earning members would consider leaving us to join a society that paid out on the basis of the number of streams, which would not be a recipe for success in a competitive market. It doesn’t stop me worrying about it, because diversity is hugely important.

We had a delay in launching our joint venture with PPL in Leicester last year and the business did very well to catch up as well as it did; I still expect great things from this initiative in the years ahead.

How will that manifest itself?

Well, we must continue to upsell the value of music to businesses. For example, we’re all aware of the challenge that online retail poses to the high street; if you’re going to succeed in bricks and mortar you have to make it more of an experience and less of a transaction, so if the High Street is going not only to survive, but to thrive, I predict that we are going to see far more use of music as well as other entertainment experiences in traditional retail. For example, Primark’s new flagship store in Birmingham has three restaurants, so, they clearly want their customers to consider their visit as an experience beyond a simple purchase of fashion items.

How do you see PRS collections and distributions developing in 2019?

We’re budgeting for growth in both. We had some challenges with our joint ventures last year, so distributions were slightly down on the previous year and we’re planning to catch up on that as well as reflect more growth in royalty revenues again this year. This should make 2019 a bumper year for our members.

How will the recent changes in European copyright law affect business?

The changes have made all technology platforms clearly liable for copyright. That is the biggest development we’ve seen in copyright law for nearly 20 years. Previously, platforms claimed they were passive hosts and that they benefited from the safe harbour provisions in the e-Commerce Directive.

The reality is that we’re now in a better position to get the likes of Twitter, Vimeo and Daily Motion licensed. YouTube are already licensed and in their case it’s more about the business model than whether or not they are licensed. In our view they have far too much that’s ad-supported and they need to evolve to a more subscription-focused business. The changes in the law won’t directly affect that, but it’s about making sure new platforms are licensed and it clarifies that in this rapidly-changing world, if you’re hosting music you’re liable for copyright.