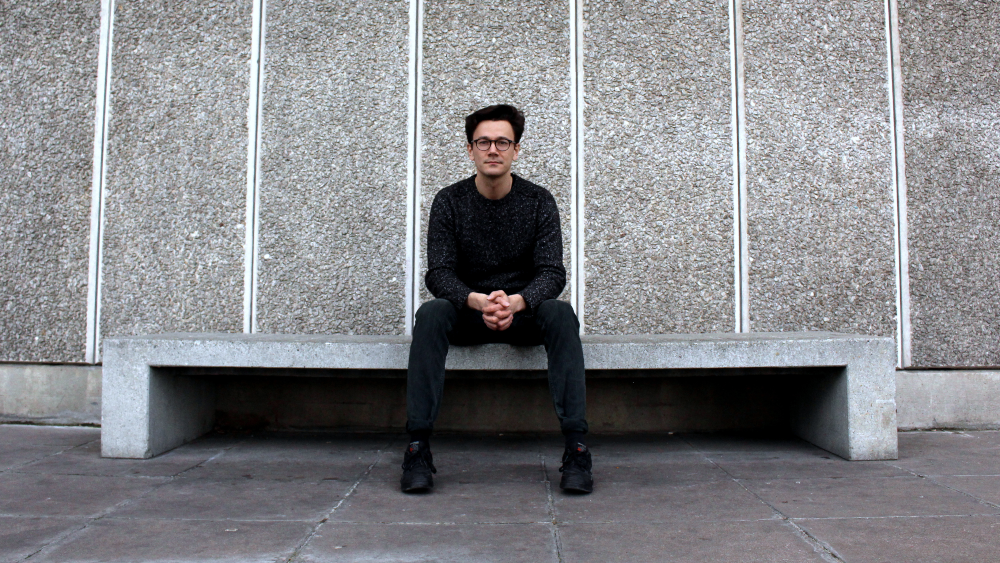 Pride is not for profit

Classical composer Alex Groves on what Pride means to him and how LGBTQ+ music creators can blaze a trail for themselves.

It’s Pride Month and for LGBTQ+ people across the country it’s a time for protest and celebration, a chance to acknowledge how far we’ve come and how far we have to go. For me, it feels like we all walk that little bit taller this time of year. There’s a little bit of weight that gets taken off our shoulders every time we assert our queerness and stake our claim to the world.

I remember my first London Pride – only a few years ago – when I walked through London without the slightest bit of shame. Sitting on the tube and gleefully smiling at my fellow revellers, I realised this is what it felt like to not have to police myself for fear of being singled out. My home city had been transformed right in front of my eyes. LGBTQ+ people were out and proud on the street, living their lives unapologetically and coming together in a shared recognition of what we’ve all lived through.

'The rights and freedoms we have today are the hard-won results of years of protest and struggle led by some of the most marginalised within our community.'

But Pride is a tale of two rainbows. With increased visibility comes increased opportunities for profit, and the commercialisation and commodification of Pride becomes a hotter and more fiercely contested topic every year. On 1 June, social media logos turn rainbow-hued, branded merchandise appears in the shops, and people start arguing about whether or not kink should be allowed at Pride (it should). In the world of classical music, things are no different – arts organisations are quick to show their support through rainbow flags and Pride programming but, if these things are wheeled out just for June, how deep does the support really go?

Now don’t get me wrong. I’m very happy to see the progress the classical world is making and it’s heartening to know that conversations are being had and work is being done. However, Pride doesn’t need to rely on organisational gatekeepers to be legitimised. In the history of LGBTQ+ rights, it wasn’t about waiting for the powers at be to catch up with the times and make changes in response to polite requests. The rights and freedoms we have today are the hard-won results of years of protest and struggle led by some of the most marginalised within our community. We mustn’t forget that these rights are not set in stone; a new Section 28 style law has been passed in Hungary just this week and the continued barrage of anti-trans stories in the British media shows we’re a long way from true equality.

'By envisaging a queer classical future freed from the current limitations of gatekeepers and organisational politics, we have the chance to create spaces that shine a light on the LGBTQ+ experience in a way that doesn’t seek to exploit it for profit or social capital.'

LGBTQ+ spaces are most often created by us, for us. Club nights, bars, social groups, and even healthcare are organised by queer people, for queer people. Only once the trail has already been blazed do those in power sweep in and announce their support. So why should it be any different in classical music? We don’t need those at the top telling us how to be proud, we already know how to do it. It doesn’t require a grand stage, fancy lights and an overpriced interval drink, it’s about community and a sense of belonging – an understanding of what it feels like to be othered by the rest of society. As long as the classical world continues to revolve around the outdated idea of the white, cis (often straight) male genius then how queer are things ever going to get? Why wait for them to open the doors when we can blaze a trail ourselves?

Instead of being thankful for the odd social media shout out, we should take our money and support our own community. After all, some of these places will continue to book those who don’t see us as equals regardless of their public pronouncements. By envisaging a queer classical future freed from the current limitations of gatekeepers and organisational politics, we have the chance to create spaces that shine a light on the LGBTQ+ experience in a way that doesn’t seek to exploit it for profit or social capital.

'This Pride Month, instead of getting bogged down with corporate merchandise, how about we take a moment to inject some creativity and queerness into our music-making?'

I know that I can’t wait to head back to LGBTQ+ nights and venues and I also know that I’m not the only one. The pandemic has stopped us from coming together under the same roof and living without fear of intimidation. Once we’re allowed, I can’t wait to get back out and soak up queer performance and drag, and dance the night away with friends old and new. But what if we brought this energy to the classical world too? What if we carved out a space of our own to reimagine classical music? What would that look, sound and feel like?

This Pride Month, instead of getting bogged down with corporate merchandise, how about we take a moment to inject some creativity and queerness into our music-making? Whether that be as listener, composer, performer or producer, let’s give ourselves the time to dream, to imagine the world we want to see and to go out there and make it a reality.