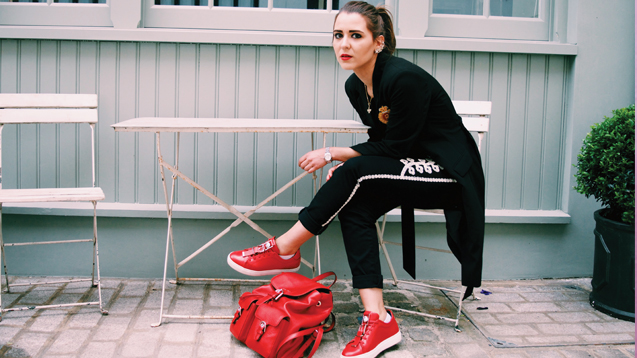 Welcome to the second part of our feature marking International Women’s Day 2018 – and its #PushForProgress campaign theme.

Yesterday, we heard from songwriter Carla Marie Williams, DJ Michelle Manetti, producer Catherine Marks and composer Jessica Curry on the changes, both big and small, we can make as an industry to bring about gender parity.

Today, it's the turn of songwriter, artist and From Me To You founder Roxanne de Bastion, songwriter and artist Raphaella, Vanessa Reed, chief executive of PRS Foundation, and Gill Tee, Black Deer Festival organiser.

From quotas to encourage more female participation to community-based tech workshops, they share their ideas on how to build a better music industry.

Where do you think the music industry is at right now in terms of gender equality?
For the first time, we’re at a place where gender equality is truly a topic at the forefront of conversation and I think that’s great. While there is still so much inequality in many aspects of the music industry, for the first time in a while I feel hopeful that we could be on the path to changing that, because we’re really beginning to address issues openly, honestly and without fear.

I think movements like the Time’s Up campaign which was born from an incredibly high-profile example of systematic injustice and corruption have given both women and men the courage and foresight to address inequality and sexism at every level. It’s those little, every day sexist quips, terminology, language and attitudes that build a society that allows the systemic inequality that’s been going on for decades.

The theme for International Women’s Day 2018 is #PressForProgress – what is the most pressing issue you would like the industry to address?
I’m a female producer, and for me it’s more women in music tech. Girls should be able to grow up in a world where there are more female producers, engineers and women in tech. Young people learn from what they can see, they learn by their surroundings, and if you grow up not seeing any women in those roles, it’s so easy to feel like it’s not for you - without even realising it.

At my all girls’ school, I was never taught music tech. We didn’t even have the option to take it - it was purely performance or composition. Yet my guy friends at other schools were taking music tech classes. The production world can often feel like a boys’ club too, when you’re constantly emailed for a ‘track-guy’, it immediately alienates and excludes women.

I think as an industry we have a responsibility to change that for the next generation. We should be creating a safe, open and friendly space for girls to get together, produce, talk tech, experiment and share ideas and ultimately make the role of a producer and engineer as gender equal in the public eye as possible.

And, finally, how do you think we can make positive change in the area you have identified?
It would be amazing to have more girls encouraged at an early age to enter into music tech roles because I think it will positively impact on both girls’ and boys’ perception of what’s normal.

I would love to see more community workshops, programs and seminars geared towards women in tech so that women of all ages can feel like they’re part of a club and community themselves where we can share ideas, experiment and support each other.

One organisation I work with, Songwriting Camps, are so inspiring and are already trying to make a change by holding songwriting camps with an equal gender 50/50 split. There, I worked with a fellow female writer who at the end of the session said with tears in her eyes I was the first female producer she’d ever worked with and was so happy. It made me so happy but sad at the same time that, in 2018, that’s our reality.

I think also we need more females in music tech be spotlighted in the media so that young girls have not just one or two, but a sea of role models to not only look up to, and think, ‘Oh, it’s possible’, but for it to become their normal. 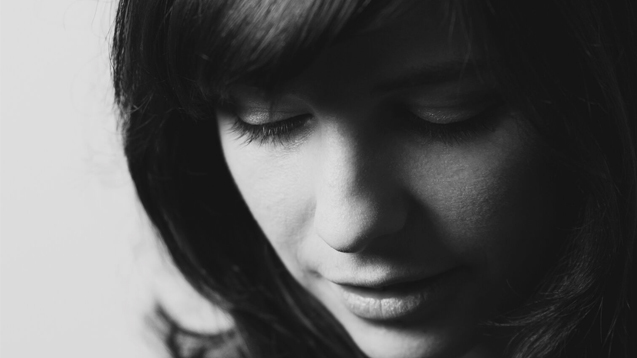 Roxanne de Bastion, songwriter, artist, founder of From Me To You
@Roxannemusic / @FM2UMusic

Where do you think the music industry is at right now in terms of gender equality?
The decentralisation of the music industry has been a good thing for gender equality and equality in general, allowing for different leadership models and amplifying voices that traditionally haven't had as much of a chance to be heard. I'd like to believe that, as a society, we are constantly moving in an upward trajectory. Unfortunately, I'm not too certain of that these days. On the performer side, I do feel that women are still judged by their appearance far more than their male counterparts. I am a strong believer that gender is not a genre... so I will be very happy if it's no longer considered 'brave' that I tour on my own as a solo act and if no one ever bills me as a 'female' singer-songwriter again.

The theme for International Women’s Day 2018 is #PressForProgress – what is the most pressing issue you would like the industry to address?
If we had a more equal ration of men and women heading up music companies, many of the other issues - sexism and violence against women, equal pay, lack of presentation on festival line-ups - would all improve.

And, finally, how do you think we can make positive change in the area you have identified?
Fortunately, there are already a bunch of really positive initiatives that fund and support female artists and their businesses. I also think the rise of the independent music sector is paving the way at the moment, with independent artists creating amazing careers for themselves. For large organisations who are resistant to change, I do think quotas could help speed up the process. In 2018, there's just no excuse to have a panel or a board of directors with no women. On an individual level, I also think it's important that we are all aware of our own biases and think about how we can help improve our little worlds.

Where do you think the music industry is at right now in terms of gender equality?
There are a lot of people already in the industry, and who are coming into the industry who are changing any imbalance. They know women are equal, therefore there is not a problem. You will never change the views of the old dinosaurs.

The theme for International Women’s Day 2018 is #PressForProgress – what is the most pressing issue you would like the industry to address?
I think as women we sometimes hide lack of confidence behind the equality argument. For me, the most pressing issue is for women to believe that they can do whatever they want if they have a vision. Also, that it’s okay not to strive for bigger things if you are happy with your life.

And, finally, how do you think we can make positive change in the area you have identified?
As women we need to start respecting men for what they do, and expect to be respected for what we do. We are stronger in some areas and weaker in others – we are not the same. Live with it and enjoy life.

Where do you think the music industry is at right now in terms of gender equality?
I’m optimistic about the current state of play in music because everyone is finally talking about the challenges and I’ve been impressed by the attitude of the next generation (our future audience) for whom equality is an important value. Doing nothing is not an option against the backdrop of #MeToo and increased awareness of inequality across the creative industries has created an opportunity to promote change.

The theme for International Women’s Day 2018 is #PressForProgress – what is the most pressing issue you would like the industry to address?
Under-representation of women across all aspects of the business – from boards to festival stages, from recording studios to backstage, from streaming platforms to senior roles across the entire workforce. Our evaluation of Women Make Music showed that the male dominated workforce is a barrier for female artists. We also know from other sectors that diverse leadership and teams leads to better business. Why wouldn’t this apply to music, particularly in the current social and political climate?

And, finally, how do you think we can make positive change in the area you have identified?
Grassroots programmes are important, but we also need targets that are devised and owned by men and women in positions of influence if we want change within our lifetimes. That’s what our Keychange programme is based on – a cross-genre network of 45 music festival directors who’ve made a public statement about working together towards the same gender balance goal. This approach has been applied in the business sector via the 30% Club, which has increased female representation on boards. Promoting female role models is also crucial – to be it you need to see it.