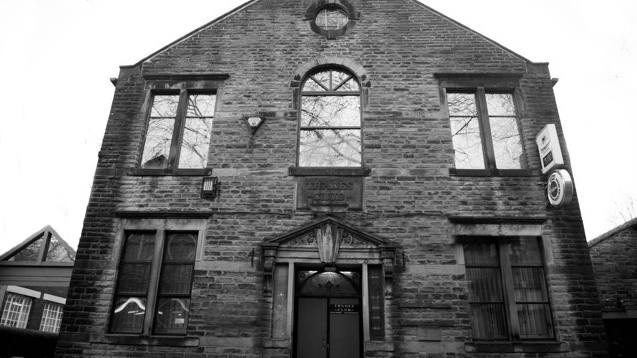 Welcome to this week’s playlist, lovingly curated by the brilliant Trades Club in Hebden Bridge. Check out their selection including moments from Tom Waits, Martin Carr and David Bowie.

Welcome to this week’s playlist, lovingly curated by the brilliant Trades Club in Hebden Bridge.

The venue is one of the best small venues in the UK. Set up originally as a socialist members’ club and music venue, it was built in 1923 and brought to life back in 1982.

In recent years the likes of Patti Smith, Thurston Moore and the Fat White Family, among countless others, have all graced its stage, showing just what an important venue it is, particularly in the North West.

Over Christmas, the venue was unfortunately hit by floods and is now raising money to fund repair work. You can find out more from their website on their efforts as well as future gigs including Lee Scratch Perry and Barry Adamson. Meanwhile, below you can dig into a great, eclectic selection of music from Trades Club promoter Mal Campbell including musical mastery from Tom Waits, the Velvet Underground and Air... Here's what he's got to say about his selections...

David Bowie - I Can’t Give Everything Away

I can’t stop listening to this track. Bowie says goodbye.

I first heard this song at Focus Youth Club in Southend a long time ago. It sounded incredible even when played by a local school band. You can imagine my excitement when I heard the real thing for the first time.

The Virgin Suicides had a powerful effect on me when I saw it for the first time. Even though I wasn’t born in Los Angeles in 1958. It was all the repression, I think.

The Breaks is a fine record and this is just sublime. I can relate, Martin.

BC Camplight - Just Because I Love You

This should be in a Sofia Coppola movie, come to think of it. The BC Camplight album is wonderful. All killer and no filler, as they say. He was going to play the Trades but then he got deported. Soon, hopefully.

A Girl Called Eddy - Tears All Over Town

Speaking of great albums, A Girl Called Eddy’s is a stone cold classic. Everyone I’ve played it to has fallen hard for it. And you will too.

My youngest loves this song and told me to put it on this list. I love it too, so that’s ok with me.

The Groop - A Famous Myth

Taken from the soundtrack to Midnight Cowboy. The first time I heard this song I hated it with a passion. What was I thinking? They (really) don’t make ‘em like this anymore.

TOY - Left Myself Behind

Lost my mind when they played this at the Trades for the Heavenly 25th Birthday weekend last year. One of the best debut singles in recent history. Turn it up!