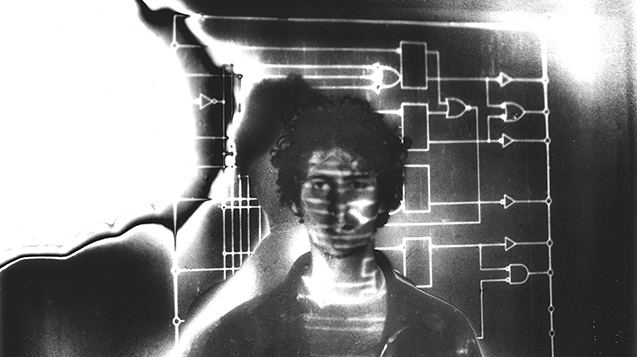 We’ve handed over the reins of this week’s playlist to Demian Castellanos, ringleader of cosmic psych trio The Oscillation. He reveals the tracks that helped shape their new LP...

We’ve handed over the reins of this week’s playlist to Demian Castellanos, ringleader of London-based cosmic psych trio The Oscillation.

Over the last decade the band have rippled their way round the outer edges of guitar-driven electronics and space-age indie, happily taking their experimental sounds down a darkly dystopian path.

Demian, together with Tomaga’s Valentina Magaletti (drums) and Tom Relleen (bass), is drawn to the underbelly of modern rock, tempering the gutsy sound of Germanic greats Neu!, Can and Popol Vuh with the serenity of English psychedelia.

Over a number of pleasingly wonky albums, and remixes for the likes of Simian Mobile Disco, Telepathe and the Fat White Family, he’s cemented a sound that’s uniquely his own.

Here, he chats to us about the tracks he was listening to while writing and recording the album…

JJ Burnell - Freddie Laker (Concorde and Airbus)
Can't get enough of JJ's bass sound, so aggressive and punchy. All the vocals are distorted and have some kind of chorus effect which sounds completely demented.

Fun Boy Three - The Lunatics (Have Taken Over the Asylum)
For the weird misery and claustrophia.

Thee Hypnotics - Cold Blooded Love
Thee Hypnotics really hit a nerve sometimes. I'd put Ray Hanson, their guitarist, as one of my favourites because he draws from a lot of influences, everything from blues to quite sonic weird textural stuff. The guitar solo just breaks my heart and takes me by surprise every time.

Johnny Thunder and The Heartbreakers - Born To Lose
For the chaos guitar, and one of the best songs ever.

Disappears – Ultra
The Oscillation have played live with Disappears a few times. They are one of my favourite current bands both on record and live. This is from their album Era a couple of years ago.

Klaus Schulze - Neuronengesang
This is one of his darker tracks. Really cool synth noises droning on menacingly. Was quite an influence on the closing track of the new album Alignment Zone. [this one wasn't on Spotify, so see the vid underneath the Spotify player]

Klaus Johann Grobe - Koordinaten
This is a band from Switzerland. Really love this track, it's from a great EP that came out a couple of years ago.

Eternal Tapestry - Wild Strawberries
I think this album is their last one and it's a great late night listen when your mind is a bit wobbly.

Experimental Audio Research - Worn to a shadow
Peter Kember continues to put out interesting weird drones, bleeps and clicks. A lot of The Oscillation tracks have a lot of layers of ambient stuff behind even the rockier tracks which is why there's a couple of alternative mixes on the CD of the album version. Was cool to strip away all the drums and guitars back to feedback and drone, a lot of which was influenced by stuff like this. [this one wasn't on Spotify, so see the vid underneath the Spotify player]