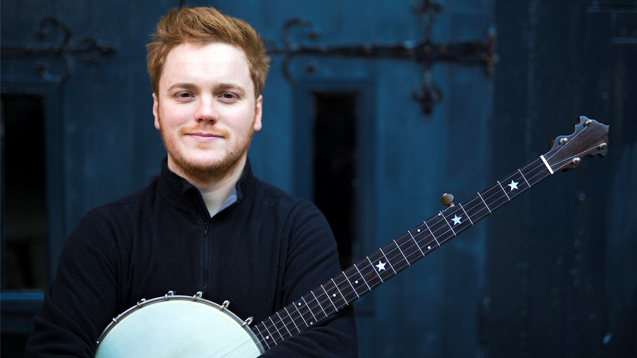 Our latest playlist, from Shake the Chains musician Greg Russell, celebrates the power of the protest song - listen to Elvis Costello, The Impressions and The Specials.

Welcome to our latest playlist compiled by musician Greg Russell, the man behind the Shake the Chains new music commission, a project celebrating the protest song.

As global politics continues to lumber amid the election of President Trump in the states and Brexit over in Europe, arguably more people than ever are taking to the streets to make their voices heard.

So in many ways, the Shake the Chains commission and tour couldn’t be more timely, with folk luminaries Nancy Kerr, Tim Yates and Hannah Martin among those joining Greg to explore the role of song in social change, resistance and protest.

Commenting, musician Greg Russell said: ‘Songs are a common and integral factor in all the movements that have sought to instigate change in everything from the industrial revolution, universal suffrage and the slave trade through to CND, Rock against Racism and the Miners’ strike.

‘Contemporary issues are also in our thoughts - Hannah has written a song about the Set Her Free campaign and Yarls Wood Detention Centre, for example.’

‘Of course, we’ve been listening to lots of protest music while researching this project and the playlist is an example of some of the songs that are inspiring us. Whether they make the final set list remains to be seen!’

Shake the Chains tours Bristol, Sheffield, Suffolk, Derby and London from February 23 to 27.

Listen to the playlist below and find out more about the commission and tour via shakethechains.com.