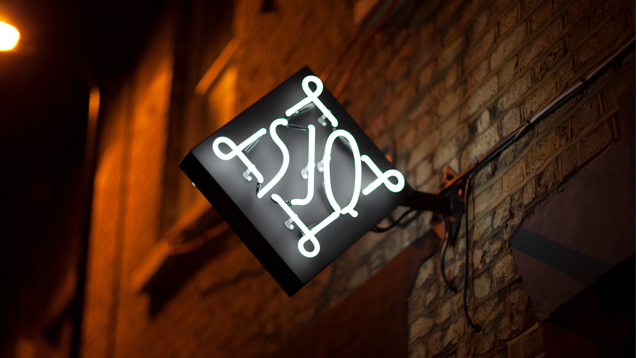 Welcome to our new playlist from the team behind at London’s Servant Jazz Quarters - dig into selections from some of their favourites including Rothko, Laura Groves and Hejira…

Welcome to our latest playlist compiled by the team at the helm of London’s Servant Jazz Quarters (SJQ).

Located in the trendy environs of Dalston, the small indie venue has become an important pillar of the capital's live music scene,offering an eclectic selection of DJs and performances from across the world of jazz and beyond.

We asked them to pick a selection of tunes for our new playlist and they came back with a colourful bunch from Laura Groves to Anna Meredith. Check out what they had to say about their choices and listen to their tunes below…

'There’s so much amazing talent that comes through the doors at the Servant Jazz Quarters. this is just a small selection of some of the many memorable moments we've had over the years.'

Hejira started doing their TRAUM series in the very early days at SJQ, bringing in artists and DJs like Micachu and The Invisible. This was their first single and became an in house favourite at the venue.

Bullion and his DEEK Recordings has done a few label nights at SJQ. Laura Groves is one of the best singer-songwriters in the country and Inky Sea really hit the spot for us when it was released.

Lascelle Gordon is an old friend of SJQ, having done several gigs under his Woven Entity moniker and also as a regular DJ. Vibration Black Finger is his latest project and brings together all of his influences from Miles Davis and spiritual jazz to punk funk.

Mark Beazley has performed several times at SJQ both as a solo artist and with his ever evolving band Rothko. This record also features Michael Donnelly, a good friend and resident DJ at our bi-monthly night Music To Ease Your Disease.

N.M.O. launched their debut album on Diagonal Records at SJQ. It is probably the only record that comes with its own hot sauce. It is also the only launch show at SJQ where the audience participated in a game of musical chairs while the band was playing.

Lunch Money first caught our attention back in 2013, with their Steve Reich meets Bitches Brew meets Funkmaster Flex meets Sun Ra approach to music. After a first successful show they went on and did several of their own curated nights at SJQ, called Weird Bands, bringing along an eclectic, but always high quality lineup of similar minded bands. This song is from their first seven inch, released last year on None More Records.

Noura Mint Seymali was one of our favourite shows in 2015. Noura brought her whole family on tour, with her husband playing in the band and their baby in a pram. It is probably the only gig we've had where the lead singer gets off stage during the middle of the set to feed her baby, then put the baby to sleep, only to return back on stage for a storming end to the set!

Moshi Moshi did a monthly label night back in 2013 that culminated with a week of gigs for their 15th anniversary. Anna Meredith is an artist we really enjoy, and was one of our favourites from our collaboration with Moshi Moshi.

Charley Sharp is a promoter and artist who brings a lot of fresh and emerging talent through the doors at SJQ. Sadly his band Pollyanna Valentine is not on Spotify, so instead we bring two of our recent favourites from his nights: Bristol's Yama Warashi and London's BAMBOO both make dreamlike, magic music with influences from around the world.