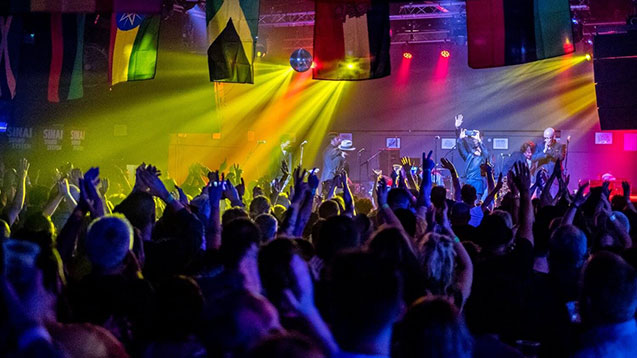 The UK’s award-winning celebration of reggae music and Jamaican heritage returns this June for a weekend of legendary acts and selectors. Here, founder Rory Taylor picks his favourite tracks from some of the artists on the bill...

Positive Vibration, the UK’s award-winning celebration of reggae music and Jamaican heritage returns to Liverpool this June for a stacked-to-the-rafters weekend of legendary acts and selectors.

There'll also be a panel discussion focusing on the impact of reggae on British music, culture and society, as well as an Art of Reggae exhibition showcasing art designed by illustrators and artists from over 70 countries.

Ahead of the festival, founder Rory Taylor has treated us to this playlist giving a taster of what's in store. He explains: 'I’ve picked my favourite tracks from some of those artists who have been confirmed to play this year’s festival. There’s a heady mix of roots and dub, with a nod to the industry legends and pioneers, as well as the trailblazers and newcomers. I hope you enjoy!'

Sister Nancy - Bam Bam
An absolute classic from the Queen of the dancehall, the track samples the instrumental from Stalag 17 by Ansel Collins (the same instrumental in Tenor Saw’s Ring The Alarm). Since its release in 1982, there have been an estimated 73 uses of Bam Bam, most recently in Kanye West’s Famous and in Jay-Z’s Bam. Nancy will be joined at the festival by French superstars, Legal Shot Sound System.

Mungo’s Hi Fi feat. Eva Lazarus - Amsterdam
Scotland’s finest purveyors of reggae music meet one the UK’s most exciting up and coming vocalists. Amsterdam, which features on a three-track EP collaboration between Mungo’s Hi Fi and Eva Lazarus (also entitled Amsterdam) has a a soulful tip, and shows off Eva’s skills as both a singer and MC. This is the future of UK reggae music, people.

Rory Stone Love presents Samory I - Rasta Nuh Gangsta
Widely known and highly respected as a selector with Jamaica’s most celebrated sound system, Stone Love, Rory Gilligan – aka Rory Stone Love – is also a prolific producer. He played a major role in the rise of Jah9, and is currently working with one of reggae’s brightest new stars, Samory I. Everything about Rasta Nuh Gangsta is pure quality - vocals, lyrics, musicianship, production and feel are all 10/10. Rory will be at this year’s festival in a selector capacity, alongside BBC 1Xtra’s, Seani B.

Misty in Roots - True Rasta
One of the most influential roots reggae bands to come out of the UK, it’s a real honour to have Misty in Roots play at this year’s festival. Their track, True Rasta is a firm favourite of mine, and features on their 2002 album, Roots Controller. If you get a chance, be sure to check out their John Peel Sessions.

Macka B - Badder Than Jah
More recently known for his Medical Monday and Wha Me Eat Wednesday videos, Wolverhampton’s finest, Macka B has been at the forefront of the UK reggae scene since the 1980s. Released in 1996, Badder Than Jah is one of many Macka B tracks recorded and produced by the legendary Mad Professor at Ariwa Studios. There’s a lot more to Macka B than cucumbers.

Capital Letters - UK Skanking (12” Mix)
A favourite of the late, great, John Peel, Capital Letters were one of the main players in the distinctive seventies British roots reggae scene. They were also one of the first bands (if not, the first) to sign to reggae institution, Greensleeves Records. Released in 1979, UK Skanking is eight minutes of pure class; three minutes of which is downright dirty dub.

Manudigital feat. Bazil - Digital Luvin
French riddim maker and producer, Manudigital is one of my favourite artists right now. His take on digital reggae is fresh and moves the genre into a different direction. I first became aware of Manudigital through his hugely successful video series, Digital Sessions, where only he and the artist appear, geared with his mythical synth Casio MT40 and a mic. I’m excited to see him perform at this year’s festival alongside the great French MC, Bazil and Doncaster’s finest, Parly B.

Dreadzone - Mountain
Out of all the tracks on the playlist, this is the one I probably listen to the most. It features on the 2017 album Dread Times by electro-dub pioneers, Dreadzone. The band, with roots in Big Audio Dynamite, have been doing their thing since 1993 and have one of the most loyal and dedicated fanbases in the industry. It will be a real honour to see Greg Dread, Leo Williams, Spee, Earl 16 and the rest of the gang tear it up at this year’s festival.

Creation Rebel - Space Movement Section 2
Probably the most obscure (in the best possible way) track on the playlist, Space Movement Section 2 is a cosmic exploration of dub, which features on the incredible album, Starship Africa. The album, which was produced by pioneering DJ and producer, Adrian Sherwood on his On-U Sound record label was originally recorded in 1978. However, it was two years later, following a bit of remixing and re-recording that it was officially released. Adrian will be at the festival, both in a DJ capacity, as well as being at the controls for a very special Creation Rebel show.

Radikal Guru feat. Echo Ranks - Raggamuffin Souljah (not on Spotify, listen here)
Whilst you wouldn’t usually associate reggae with Poland, the music and culture is absolutely HUGE in the country. At the forefront of this reggae movement is DJ, producer and music creator, Radikal Guru. His sound is a combination of dub, reggae and dubstep, and is absolute fire. As well as being a stonking track, Raggamuffin Souljah also features the vocals of one of the UK’s finest MCs, Echo Ranks, who will be joining Radikal Guru when he plays this year’s festival.

Channel One - Cornmeal Dub
One of the UK’s most loved and respected sound systems, Channel One have been spreading their message of peace and unity for nearly 40 years. They are now revered globally and regularly tour around the world, playing at events around Europe, Latin America and Australasia. The track, Cornmeal Dub features on the collaborative album Mad Professor Meets Channel One Sound System, and like many other UK reggae/dub tracks, was recorded by the Professor at Ariwa Studios.

Bristol duo, Dubkasm (Digistep and DJ Stryda) have been at the forefront of modern UK roots reggae since the mid nineties. Their blend of live instrumentation and lo-tech dub wise textures is an absolute joy to witness (check out their 2015 Boiler Room session). The track, My Music features on the collaborative album, Dubkasm Meets Solo Banton, released in 2014 on Sufferah’s Choice Recordings. As well as featuring the unique vocal talents of one of the finest MC’s in the game, Solo Banton, you also get to hear the lyrical prowess of St Paul’s fastest spitting MC, Buggsy.

Positive Vibration - Festival of Reggae takes place across the Baltic Triangle, Liverpool on 8 and 9 June. Click here for tickets.
Features 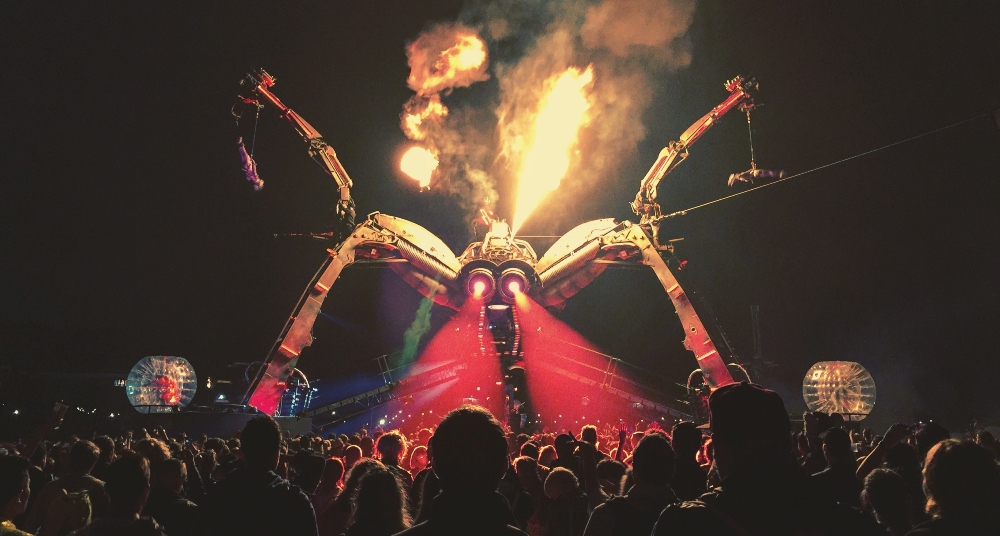