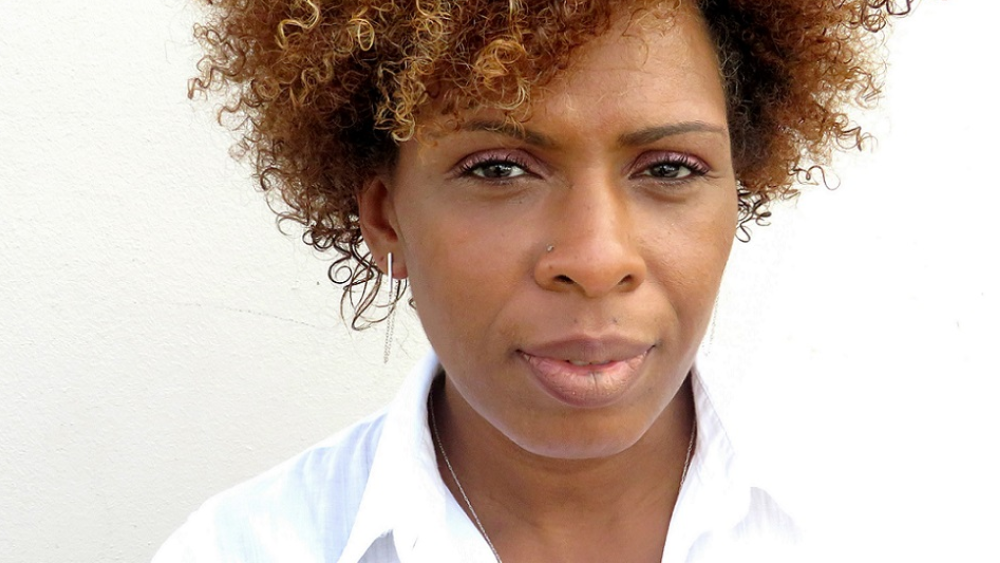 As the third week of Black History Month draws to a close, we ask Guest Editor Michelle Escoffery to make us a playlist. Here, Michelle reflects on music by influential Black women.

Michelle is an award-winning singer, songwriter and vocal producer. One of the UK’s most respected songwriters, she has penned songs for acts including Tina Turner, All Saints, Beverley Knight and Artful Dodger, worked on vocal arrangements for Rod Stewart and performed with Stevie Wonder and George Michael.

Tawiah holds a very special place in my heart. Had the pleasure of working with her when she was a shy 16-year-old. She performed at my then live showcase ‘Kindred Spirit’ and quickly became a firm favourite and member of the family, taking up residence as one of the house backing vocals along with Vula, LaDonna Young and Sharlene Hector. Tawiah’s strong vocals and heart pulling composition and arrangement moves me. I couldn’t wait to hear this EP. I was in Nevis on a personal journey of recollection when I heard this song and cried my eyes out. If you haven’t experienced Tawiah live, when we can again, do yourself a favour.

What a powerful collaboration and celebration! Lianne La Havas, voice like silk. Nao, energy and sunshine coming through your speakers. Musicality, harmony, strength and power. This empowering song is on constant repeat right now. A double treat!

My favourite piece from Errollyn Wallen, on the album Photography (2016), so haunting. Her voice has a purity and a mournfulness in this composition that brings life to pain that is emotive soaked in nostalgia and longing. And there there is so, so much more. Her 2020 offering offering on Spark Catchers Chineke! Orchestra Concerto Grosso:II. takes you on a journey. I Wouldn’t Normally Say taken from her album Errollyn 2004, another gem. Music to escape and fly to.

One of the best of the musical talents to come out of the UK. period! Multi-instrumentalist, singer, songwriter Eska Mtungwazi is one of my favourite artist, songwriters.

One of my favourite songs is Altar Call. An amalgamation of jazz, gospel and R&B. The timing and harmonies and vocal agility gives me goosebumps. Her critically acclaimed 2015 album ESKA on Earthling Recordings is still a permanent fixture on my playlist, along with her collaboration with Mercury nominated UK rapper, producer TY - Sophisticated and Coarse.

Fuelled by her eclectic blend of cultures, rejecting restricting stereotypes and an advocate for the freedom of musical expression. Granddaughter of a renowned Ugandan jazz musician, Mysie’s fearlessness in mixing experimental pop, hard beats, her rich yet etheric vocal, she sites Thundercat as one of her main influences. Deserved Ivor Novello Rising Star recipient for 2020, Mysie is definitely one to watch.

I have always had a deep admiration for Mercury-nominated Laura Mvula’s musicianship, her marrying of classical, gospel, jazz and beautiful use of harmony and poignant, imagination provoking lyrics.

I watched her perform live with Grammy winning jazz pianist recorded producer Robert Glasper and band at the Barbican summer 2018. I was completely blown away by her command of the piano and complete control, yet fragility of her voice. Mesmerising. I love her openness in speaking about dealing with anxiety. Waiting for the new album with baited breath.

I was too young to understand what the lyrics of this song meant when it came bleeding out of my father’s Tannoy speakers, but it moved me. That is the power of Joan Armatrading’s storytelling and vocal delivery. This song reminds me of my dad, sitting in front of his hi-fi in dimmed light, with closed eyes. Beautiful.

This iconic, unmistakable voice speaks to generations! You can’t mention Soul II Soul without hailing Caron Wheeler. Her songwriting and vocal style firmly put the spotlight on UK R&Band firmly on the map. Caron was instrumental in changing the sound and course of R&B globally and permanently.

A songwriter, singer who has stood the test of time and got better and richer like fine wine. This song informs my teen years of parties I shouldn’t have been in!  Nearly forty years in the making and this song is still sounding sweet. The word timeless springs to mind. The UK Lovers Rock scene is still celebrating Queen Carol Thompson.

Mercury Prize recipient and Brit Award-winning singer, songwriter, MC, record producer Ms Dynamite burst onto the UK music scene with her massive, career defining hit Booo!, which still lights up any dance! It was a hard choice, but this song, Neva Soft, produced by Labrinth made me pull my car over and turn the volume up LOUD when I first heard it! This song reminds me of my Jamaican roots with its strong dancehall, sound system influence mixed with signature U.K Garage, jungle elements. Known for her social commentary and undeniable MCing skills, Ms Dynamite has paved the way for many to come through.

Emmanuel - Proof Is In The Living (feat. Sandra Escoffery)

I wanted to add this from my late sister, but it’s not on Spotify.