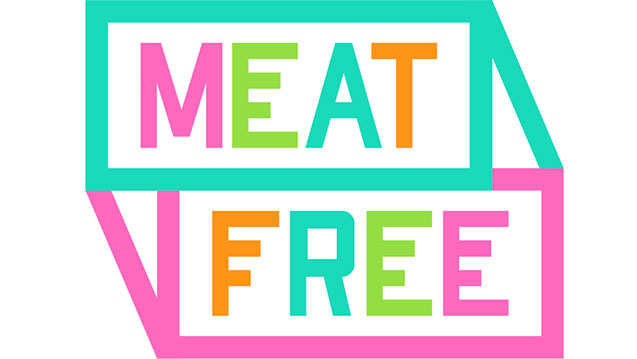 Manchester's Meat Free gals tell us what they're spinning, ahead of their next big night on 6 October. Expect a proper mash-up of sounds, from Omar Souleyman to Tin Man, Sarin to L-R...

Heading into their fifth year of party-throwing, Manchester’s Meat Free remain devoted to bringing the most exciting new talent, alongside the most-revered legends of house and techno to the rainy city.

Built on a manifesto to create inclusive and ego-free dance floors, they’re often found overzealously beard glittering at the door and providing a constant supply of inflatable safari animals.

Their next party sees the return of the mighty Mord, with Bas Mooy heading up the line-up alongside Paul Birken and Myler.

Bas returns almost exactly one year on from a storming Mord Records showcase, but this time comes to infamous Salford car-garage turned club, The White Hotel on 6 October.

In advance of the night, the Meat Free gals tell us what they’ve got on repeat…

Collective choices:
N Joi – Mindflux (Myler remix) (not currently available on Spotify)
Obviously we’re big fans of Myler over here at Meat Free, and this remix embodies all that is great and wonderful about him. A certified ‘rave banger’ from the DSNT crew.

Zadig - TTRXL
A classic Zadig track that we never get tired of dropping at Meat Free, spasming synths and high energy drum injections throughout, love it!

aalice:
Special Request - Brainstorm
Paul Woolford can do no wrong in my eyes, no matter which alias he’s under. This latest one from him manages to feel totally fresh and exciting but with the energy of nostalgia.

Omar Souleyman - Khayen
Not the usual type of track you might hear at Meat Free but one that absolutely went off at a recent festival appearance. I love everything that Omar Souleyman represents and love that a Meat Free crowd will embrace it with open arms.

Blasha & Allatt:
L-R - Aesop
This is a beautiful collab between Radioactive Man, Simon Lynch (London Modular Alliance) & Monoak. I love their solo work anyway and this ep definitely surpassed my expectations. This is only the second release on Null & Void so far but I feel it's already pushing Electro into some unexplored territories.

Boy Harsher - Motion
This is their latest release (due out in October) and what a brilliant one at that. I only recently discovered them through my housemates recommendation and have been kicking myself ever since. I will never get fed up of hearing Jae Matthews haunting vocals over the dark electronic and arpeggiated goodness!

Natasha:
Sarin - Anfal
This is without doubt one of my favourite tunes at the moment. I simply cannot fault anything put out on Aufnahme + Wiedergabe - for me it's currently one of the most exciting labels.

Under Black Helmet - Jagged
Mord records just continues to go from from strength to strength. Pretty much every release is a necessary purchase, whether it’s from a new or established artist. This track by Under Black Helmet is no exception.

Lucy Ironmonger:
Emmanuel Jal - Kuar (Olof Dreijer remix)
Emmanuel Jal was a child soldier caught up in the second Sudanese conflict before being smuggled out to Kenya where he lived in the slums; his music often speaks of his experiences and has raised thousands for charity... Olof Dreijer, not to be overlooked as the remixer, is one half of excellent electronica band The Knife.

Tin Man - Depleted Serotonin
Tin Man has brought a simple aesthetic to the 303 that you just generally don't often hear - 303, drenched in loads of nice reverb; this track in particular seems to rise up out of nowhere with a haunting melody, and a rare ability to be listenable for pure pleasure when you're chilling, as well as working on the dancefloor.