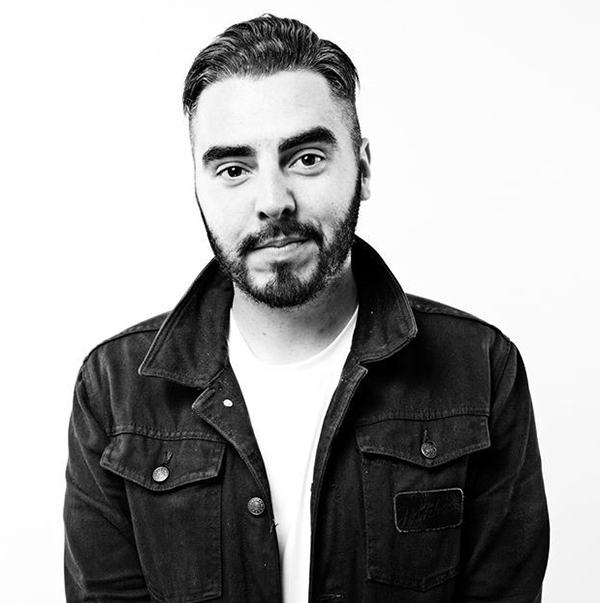 Mark James is a publicist at Devil PR, which represents All Time Low, Faith No More, Rise Against, Deaf Havana, Architects and Rolo Tomassi. Here he spells out the songs that mean the most to him...

Mark James is a publicist at Devil PR, which represents All Time Low, Faith No More, Rise Against, Deaf Havana, Architects, Rolo Tomassi, Neck Deep, We Are The In Crowd, As It Is and more.

An avid rock fan, Mark has previously run a short lived record label, issuing singles from the likes of Kids In Glass Houses, as well as managing acts such as Young Guns.

These days, music PR is his main foil, and he's been most recently working on All Time Low’s new album, Future Hearts, which is at number one in the UK’s Official Album Chart midweeks.

Here he spells out the songs that mean the most to him. From Coolio to Whitney, Oasis to The War on Drugs, Mark's playlist is an eclectic pick spanning the last three decades... Enjoy!

The first music I remember hearing was…
Lionel Richie was always a solid fixture in the car growing up and I remember myself and my brother trying to touch the ceiling with our grubby trainers in the backseats, so I'll go with Lionel Richie's Dancing on the Ceiling.

The first record I ever bought was…
I'm sure there were way more embarrassing ones, but I do clearly remember buying Oasis' Stand By Me single on cassette and playing it until it wore out. They remain my favourite band, and I'm a fan of Be Here Now to this day too.

The last great record I listened to was…
It's not a brand new album, but The War on Drugs album, Lost in the Dream, has been listened to at least once a week since it came out. It was my album of 2014. I'll go with Red Eyes.

The song that makes me want to dance is…
Anybody who knows me will tell you I'm no dancer, but this one is a classic and it says it all in the title. Whitney Houston - I Wanna Dance With Somebody.

The song that makes me cry is…
It's not actually brought me to tears, but Pink Rabbits by The National is a total heartbreaker. At a recent show a handful of my friends all just turned to each other with a knowing look when the opening notes were played.

The song that I know all the words to is…
There's a lot! But I'm not interested in playing the cool card, so hands down - Coolio's Gangsta’s Paradise. I've known every word since I was a kid and can't resist when it comes on.

The song I want played at my funeral is…
I plan on being around for many years to come, so in the interests of keeping it light and getting one of my favourite bands in there, I'll go with Faith No More's Surprise! You're Dead! I think it'd get mixed reviews from my loved ones.

The song I'm most proud of working on is…
There's a lot that could go in here, but I'll go with Kids In Glass Houses’ Give Me What I Want. I actually released it on a short lived label I had way back when, when it was titled Me, Me, Me. They're still some of my best friends to this day and were my first real breakthrough act, so this one holds a special place for me.

The song that I'm listening to as I answer this...
Ain't Gone Yet by William Elliott Whitmore the last track from his new album, Radium Death.

My guilty pleasure is…
I don't believe in guilty pleasures... But I'm going to go with John Parr's St Elmo's Fire (Man In Motion) from the film of the same name. Nearly every time I go out with a friend of mine, we end up drunk in his kitchen singing along to this, arms aloft.