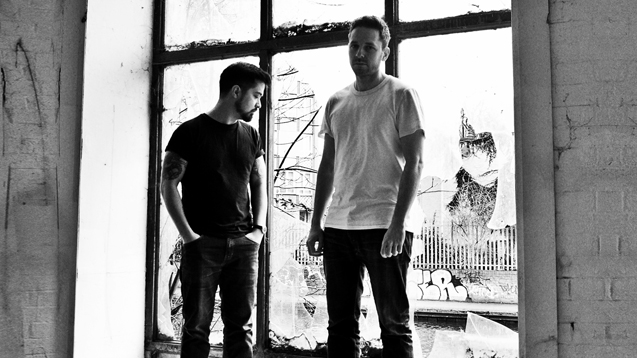 Welcome to our latest playlist, this time curated by KAS-tro. This production duo have compiled an exclusive playlist going from Arca to Aphex Twin and everything in between...

Welcome to our latest playlist, this time curated by KAS-tro.

This production duo are Alvin Lee Ryan and Tony Russell, a pair who bonded over their thirst for rave in London's East End. The pair have recently released their self-titled EP and to celebrate, have compiled this exclusive playlist of their favourite beats and bleeps. Check out their selections and reasons why below...

We’re both massive fans of what Arca is doing. Every now and again someone comes along and manages to change up the way things are done and forces producers to re evaluate their sonic footprint. Burial is another good example of someone who managed this and Arca is the latest I’ve become aware of. Self Defence is easily our favourite tune by him.

The programming on this tune is masterful. It has a real Bollywood swing to to the drums, very organic human sounding rhythms - pushing and pulling against a backdrop of outrageous spatial contradictions and complex tetures. Yet despite being so cerebral it still bangs. It still has hooky melodies, and when it drops at 1.50 you can't help but nod your head.

The sounds are so dope. I'm a huge fan of using found sounds for percussion - those snares sound like someone banging two mugs together and the textural sounds underpinning the whole track give such a great sense of depth and movement.

This is one of our tracks so I won’t bang on too much about it, except to say that at this point in time it’s probably my favourite track from our new EP Self Tilted.

It is the most complete, sonically, spatially, structurally - we managed to include all the elements we wanted without compromising our intentions. The name Luzon is taken from a Filipino island, the island where my mother Erlinda Kastro was born.

Very few producers can harness that illusive "Dilla" swing - FlyLo does it effortlessly. His beats are always fluid. I love this tune for its meandering melodies, super loose percussion and those rich, warm basses that he always gets so right.

I could’ve selected any J Dilla track he’s been such a big influence on me, and to be fair he has probably done better tracks or certainly ones that fit better along side the experimental nature of our music. However, this tune is an absolute master class in minimalism whilst being sonically rich and having enough swing and musicality that it lacks nothing. Dilla was the absolute master of this. I also rate this track in particular for opening my eyes to a world of funk and jazz. Often with Dilla, the education wouldn’t just be in his own production but also the quality of the music he was referencing or sampling.

I love the way hip-hop MCs are using the kind of social commentary synonymous with late nineties hip-hop alongside experimental, electronic production. The whole movement is so progressive. Kendrick probably sits at the top of this, with others like Mick Jenkins also turning out brilliant albums. I love this track and the production from Lee Bannon and Them People is banging.

This was one of Alvin’s Soundcloud discoveries and it’s definitely a good one. We wanted to include a tune called Fur Audri, but couldn’t seem to find it on Spotify. However, this track shares a lot of the same DNA. Blanda is an interesting artist; he seems to be able to effortlessly switch between classic hip-hop production with jazz or funk inflections to pure electronic verging on trap. His fusion of these disparate styles with such fluidity is a feet of production in itself.

I'd describe this track as a brilliant song veiled as experimental electronic music. I love the melodies and structure - one of those that you could strip back and play with a piano and it would still be great. The production is dope too - the vocal processing blows my mind. She uses Mimu gloves for her performances, wearable tech that you can use to control different aspects of your sound (dynamics and effects) ... Tony and I saw her play last month - it was pretty radical.

I don't feel like I need to say much about Aphex Twin. Along with contemporaries such as Autechre, Richard Devine, Clarke, Squarepusher et al these guys were responsible for opening my eyes to many experimental production techniques. I think Aphex production has, over the years, become so refined and controlled ... the guy is a master. I really look to him for inspiration when it comes to creating new synth sounds, and I love that trademark vocal pitch envelope thing he uses. Dope.

I came across Gaika by accident. I love how much recognition British MCs are getting at the moment, but Gaika offers something different to most. His style is experimental, political and deliberately dark, which really suits what we’re trying to do with KAS-tro.

In my opinion, The Haxan Cloak is one of the most daring and original producers out there right now. I was lucky enough to do a couple of gigs playing drums and samples for him a little while ago, and feeling his sounds through a huge soundsystem is really an experience like no other. His tracks are colossal. This one is an absolute behemoth - the perfect marriage of aggressive, abusive, twisted percussion, his trademark massive bass and Bjork's pensive melodies and lyrics blows my mind.