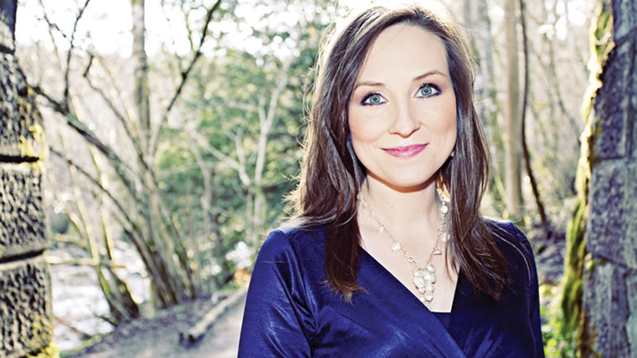 Welcome to this week's playlist curated by Julie Fowlis, a multi-award-winning Gaelic singer and musician. Listen to an eclectic selection going from Bananarama to Scottish folk and back again...

Julie Fowlis is a multi-award-winning Gaelic singer and musician whose early upbringing on the Outer Hebridean island of North Uist is deeply distilled in her work.

Now with a career spanning 10 years and four studio albums, she’s become a torchbearer for her native tradition.

From singing the Oscar-nominated theme song to the Disney film Brave, to collaborating with James Taylor and Nicola Benedetti, she’s crossed over from her Scottish folk base to win a wider audience around the globe.

Check out her playlist below...

The first music I remember hearing was…

A mix of music influenced by my mother and father. I remember listening to The Band’s Up on Cripple Creek one minute, then traditional Gaelic music the next, which was playing on the Ràdio nan Gàidheal station. Particular personalities which stand out include Calum Kennedy singing Mo mhàthair or the great Iain MacLaughlin playing tunes like The Hen’s March.

I think it was Bananarama’s Greatest Hits Collection in 1988. This was closely followed by collecting an entire magazine series, which included CDs of all the greatest classical composers. I was inspired after taking up the oboe aged 14. Since then, I’ve developed a particular fondness for baroque music and have been continually inspired by composers who write for film, such as John Williams and Ennio Morricone.

Oooh that’s a tough one. It changes from week to week, day to day. Some of my favourites lately include Scottish Album of the Year winner Kathryn Joseph’s Bones You Have Thrown Me and Blood I’ve Spilled, Laura Mvula’s The Dreaming Room, groundbreaking Irish group Lynched, with their album Cold Old Fire, Kris Drever’s If Wishes Were Horses and Karen Matheson’s beautiful new solo album Urram.

The song that makes me want to dance is…

Johnny Got a Boom Boom by gorgeous Irish singer Imelda May. I love a good tune too, so music that makes me both want to dance and play along would be good Hebridean and Highland music like John Alex MacKay and Seonaidh MacIntyre’s Torlum Sessions or Iain MacDonald and Iain MacFarlane’s The First Harvest.

An Eala Bhàn as sung by Hugh Matheson (Uisdean Sheumais Bhàin) from North Uist and Hearts of Olden Glory by Runrig. I have cried listening to them, and I have broken down singing them too.

Well, there are quite a few of them… it’s my job!

The song I want played at my funeral is…

I don’t want to think about that…

Julie Fowlis plays the Perthshire Amber Festival on 4 and 5 November.