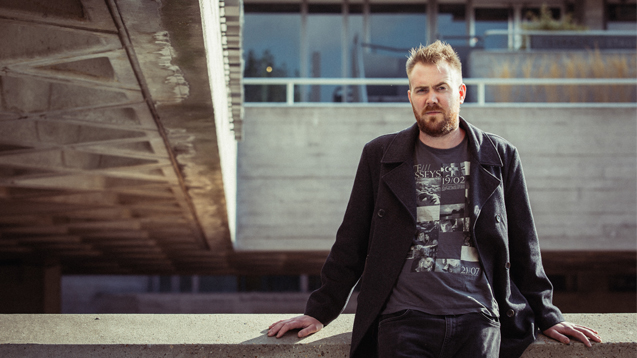 Welcome to our new playlist from #jazz100's Dave Morecroft. Check out jazz sizzlers from the likes of Led Bib, The Comet Is Coming, Snowpoet and Binker & Moses...

Welcome to our new playlist, compiled by Dave Morecroft from the #jazz100 project.

Many consider 2017 to be the 100th anniversary of jazz as it's the centenary of some of its biggest stars (including Ella Fitzgerald, Dizzy Gillespie and Thelonious Monk), and the anniversary of the release of the first ever jazz recording, Livery Stable Blues by the New Orleans-based quintet The Dixieland Jazz Band.

Over the course of the year, #jazz100 will invite 100 celebrity jazz fans, industry commentators and musicians to take part in 100 interviews to talk through their love for the sound.

Visit the #jazz100 website to find out more about their celebrations over the year. To mark the initiative, we asked Dave Morecroft to compile some of his jazz favourites. Listen to his selection below for a snapshot of the best in UK jazz. Here's what he had to say about his choices...

The Comet is Coming - Final Eclipse

Everything Shabaka Hutchings touches right now turns to gold and The Comet are steadily building a reputation as one of the greatest live acts on the European music scene.

Although this is a track from a few years ago, I keep returning to it for its bittersweet harmonic progressions and Alice's unique story-teller's tone.

Elliot is fast proving himself as one of the UK's most powerful and inventive improvisers, and his trio is set to be the next big thing across Europe.

Zara has played across the world and her poignant and beautiful compositions that mix a jazz sensibility with r'n'b and groove-based music are always a treat to listen to.

This track from Snowpoet sees the vocal lyricism of Lauren Kinsella alongside the talented Chris Hyson who between them mix soundscapes with cinematic beauty.

Releasing their latest on album on Rare Noise Records, Led Bib continue as stalwarts of the UK jazz scene, bringing a fresh sound mixing rock, grooves, improv and soaring melodies that grab a listener by the scruff of the neck.

Melt Yourself Down - Dot to Dot

One of my personal stand-out gigs of last year, Melt Yourself Down have an instantly recognizable sound with a stellar line-up of musicians.

This inventive duo recently appeared on Jools Holland, and look ready to cement their place at the centre of London's music scene

The all-female septet have been making waves across the UK in the last couple of years, and this track demonstrates their strength as an ensemble and as individual soloists.

One of my favourite live-bands at this moment, this math-y trio will have your head spinning with heavy grooves and odd-metres-a-plenty.

The young Scottish drummer is making a name for himself not only as a sideman for Elliot Galvin and Laura Jurd, but as a songwriter and band leader in his own right.

This is a great track for a car journey, with an incredibly satisfying build from the powerhouse Big Band from Manchester.

One of the live highlights of Cheltenham Jazz Festival this year, an all-star lineup of musicians from eclectic backgrounds form this wonderfully diverse ensemble.