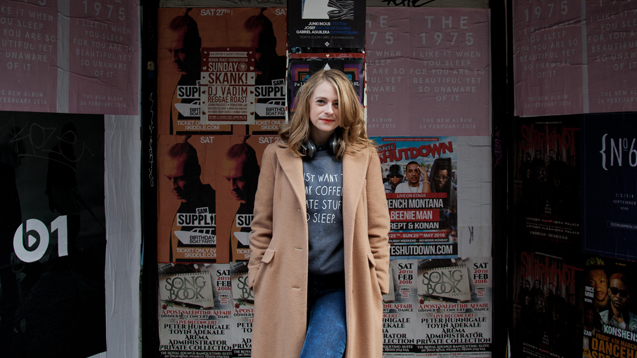 Our latest playlist is from Jazz Standard’s Tina Edwards and features many of UK jazz’s new faces including Moses Boyd, GoGo Penguin and Sarathy Korwar.

Jazz Standard is an online platform celebrating the latest wave of young blood pushing through the scene and will be heading to SXSW this year to host a panel of experts discussing Jazz in the Digital Age. The session will explore perceptions of the genre in the online age, what is modern jazz as well as where the future of the genre lies.

It will be part of a strong UK jazz presence at this year’s SXSW, taking place alongside the Jazz re:freshed Outernational live showcase featuring the likes of GoGo Penguin, Yussef Kamaal and United Vibrations all playing live.

An ode to Peckham’s progressive music scene. On Rye Lane, there’s a hub of live music, artists and labels who are making a global impact. Drummer Moses Boyd releases his much awaited debut album this year.

Sarathy Korwar has been mentored by Gilles Peterson and Floating Points. He’s our special guest on the Outernational stage. An incredible percussionist and producer who fuses electronica and Indian folk music.

This Manchester threepiece bring it live every time. If you’re new to jazz but like Radiohead or Bonobo, check them out; they’re one of the most incredible live acts you’ll ever see. We’re stoked to welcome them as headliner on the Outernational Stage.

Oscar Jerome - Give Back What You Stole From Me

Guitarist and vocalist Oscar Jerome has started to receive a lot of due credit across radio and online platforms. This track is all about memorable hooks delivered via London grit and sparse licks.

A Peckham based two piece who will be joining us SXSW. Artists like Yussef Kamaal are challenging the parameters of jazz. Woozy synth, snappy snares and garage influence seeps its way throughout the album. The Brownswood signing are one of the UK’s fastest rising exports, selling out shows across the States.

A reinterpretation of Fula Kuti’s tune, Ezra Collective’s Colonial Acitivity is a groove-led, melt-in-the-middle take on the classic. Dance to this and never look back.

Cathartic and uplifting; this vocal track features shuffling percussion and cyclical melodies that create something tantric.

Jacob Collier - Close To You

He’s twenty-three years old, and just won two Grammys for arrangements that he wrote in his North London bedroom. The poster boy for jazz is a multi-instrumentalist and signed to Quincy Jones. He’ll have some really interesting input for Jazz Standard’s SXSW panel, Jazz in the Digital Age.

Each of the seven individuals in Nerija have their own projects, so as a collective, they really draw attention on London’s live scene. Their self-titled debut EP is a delicious instrumental offering.

Jordan Rakei - Talk To Me

A Brisbanite who relocated to South East London for its music culture, Jordan Rakei delivers Australian-tinged neo-soul and impactful songwriting. His album Cloak gets richer with every listen.

One half of Yussef Kamaal, pianist Henry Wu is at the epicentre of South East London’s music scene. Drunken synths, plucky bass and liquid claps make this a distinctive tune, and distinctively Wu.

Lead by saxophonist Tamar Osborn, Collocutor create hypnotic and intriguing music. They’re about to release their sophomore album after selling out a gig with popular promoters Church Of Sound.

Vocalist Poppy Ajudha is one of the most talked about rising artists of 2017. Alluring songwriting and velvety vocals make her an addictive listen. Her debut album, released later this year, will predictably be fire.

These guys are performing on the Outernational Stage. We’re expect some serious shapes to be thrown, but there’s also some slightly more reflective tunes worth your time. Love is a gorgeous track to zone into.

The Comet Is Coming - Space Carnival

Saxophonist Shabaka Hutchings and production duo Soccer 96 once came together to jam, and the results were, well, out of this world. This is music to fall into a trance to - one that’s powered by dancing and sweating.