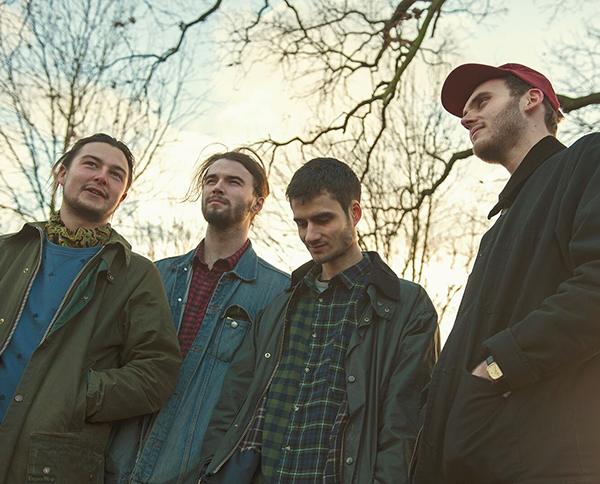 Honey Moon are four lads from London who frolic in the gentle feedback of their surfy guitars and doo-wop their way through hazy, lazy vintage pop nuggets. Tune into their weird and wonderful playlist to learn what's shaped their sound.

Honey Moon are four lads from London who frolic in the gentle feedback of their surfy guitars and doo-wop their way through hazy, lazy vintage pop nuggets.

Despite having just a smattering of releases under their belts – Sunshine, I Want Love and latest EP Waiting – the band have already garnered spot plays on XFM, BBC Radio 6 Music and Radio 1, and won love from tastemakers at NME and DIY Magazine.

We recently caught up with Sam, Peter, Jack and Zack to learn more about the songs that have shaped their psychedelic sounds. Here’s what they picked…

Tame Impala The Less I Know The Better
S: Kevin Parker's an absolute genius. It's super catchy and the chord progression's beautiful.

Grateful Dead Eyes of The World
S: This is one of my favourite songs ever. The whole essence of the song is feel good and we try and bring that vibe to our music.

Skinshape The Mandala
P: It’s a blissful half-time psychedelic groove that effortlessly transcends you into a state of tranquility.

Bonobo Shadow Tricks
P: Sassy feel, we're not massively inspired by it but I'm just digging it at the moment.

Todd Rundgren International Feel
Z: I just think it's a banger. I really like the synths, no one was really doing synths in psych rock at the time and the production is kinda crusty which is a bonus.

Television Friction
Z: This song and the whole album is full of loads of crazy guitar work, weird chromatic scales and lead parts and stuff. Makes good use of the tremolo arm as well which influenced my playing a lot.

Santo & Johnny Sleepwalk
J: Zach showed me a Santo & Johnny track last year and I've been a bit mad for them ever since. The guitar sound is insane and this tune's timeless. We even stole the riff at the end of one of our tunes but buried it under loads of harmonies.

TOPS Sleeptalker
J: Safe to say we all love these. We played one of our favourite ever shows with them in Birmingham a few months ago. They're super cool people and incredible live. Go see them!

Jeff Buckley Mojo Pin
J: You gotta love Jeff, I tend to take that as standard. This song is bliss, the power and control in both his voice and the arrangement is too good.

The Beach Boys That’s Not Me
J: Pet Sounds is a big record for us, I think.
Z: I love the whole record but this is a personal favourite for me, the harmonies are amazing.