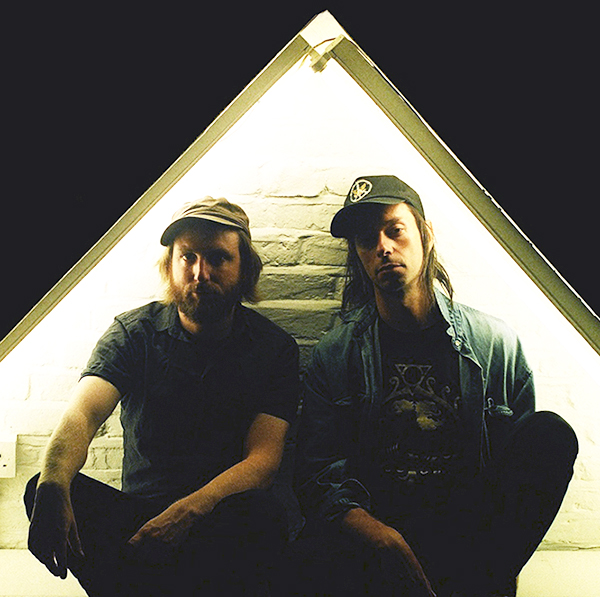 From acid house and vintage electronics to pyschedelia and grinding metal, London duo Gum Takes Tooth blend all manner of mayhem into their unique sound. Tune in to their favourite cuts here!

This week’s playlist has been crafted by pioneering electronic two-piece Gum Takes Tooth.

Noisy Londoners Jussi Brightmore and Thomas Fuglesang have been releasing music together as Gum Takes Tooth since 2011, exploring the outer limits of white noise and primal punk with invigorating results.

From acid house and vintage electronics to pyschedelia and grinding metal, Jussi and Thomas blend all manner of mayhem into their unique sound.

Ahead of their live set tomorrow (Saturday) at Bussey Building, South London, alongside kindred spirits in weirdness Golden Teacher, they’ve selected some of the best tracks they’ve been listening to lately…

Tom
Ueno Masaaki - Bound State
I’ve been really enjoying the stuff that’s coming out on the Raster-Noton label. This track, although highly repetitive and quantised, still manages to have a very human breathing feel to it.

Emptyset - Function: Vulgar Display of Power (Roly Porter Variation)
We played with Roly Porter at Woodland Gathering recently and I was blown away. So I wanted to add one of his tracks for this playlist. But seeing as he reworked one of my favourite artists of the last couple of years I had to go for this track. He adds a bit more space and drama to the original.

B/B/S/ - Brick
I've been listening to Svarte Greiner quite a lot, but I really dig this group. Similar to something like Supersilent. Just really dark and atmospheric.

Bad Guys - World Murderer
We've known these guys for a long time and I've seen more gigs of theirs than any other band. Not just because they are good friends, but because they do rock like a mother.

Jussi
Jessika Kenney & Eyvind Kang - Tavaf
These votive sounds appear to be coming from some timeless, unbreakable and partially obscured core of humanness. The musicians present a combined hive-mind of ghosts risen from every ruined temple from every culture from the breadth of history.

Cities Aviv - Communion
Always a joy to find the needle in the haystack - a hip hopper who is more keen on getting out there in the way out sense of the word and doing their own thing round the limits of the genre rather than treading the well-worn zombie walk to the hypermarket.

Senyawa - Gaib
These two guys from Yogyakarta create the sound of an old hells and heavens fighting it out in a spasm-wrenched modern primitive body fraught with the warring schizophrenic turmoil of living in the present. A distinctive Javanese avant-folk core amped-up and burning with a visceral catharsis jutting through their homemade instruments.

Giant Claw - Dark Web 002
I imagine some near future software consciousness picking apart and reconfiguring the recesses of cloud-based music access programs. Some sort of skewed creative A.I. algorithm that started off as a Shazam-style audio spectral aggregator for analysing early 21st century top ten hits suddenly discovers that it is capable of the sensation of 'wild adventure'. A glitched process dumps occurs to unleash an unorganised mass of previously never-accessed and clashing compositional strategies into the process from every end of music history and ethnic culture and narrowly circumventing CPU meltdown. It finally regains composure to launch its holographic avatar on a strident mission of sensual discovery out in the physical world.