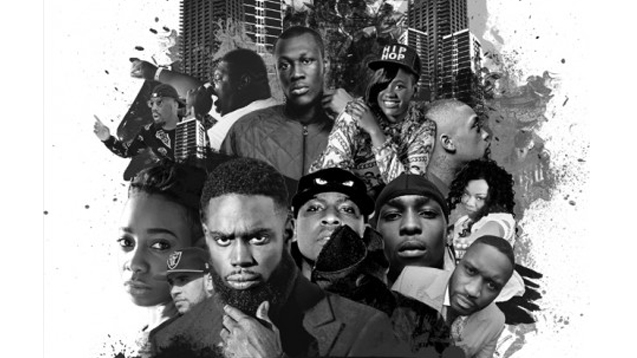 Our latest playlist celebrates the UK grime with a big selection, all killer, no filler - check out tracks from Skepta, Stormzy, Wiley and Lady Leshurr...

Welcome to this week's playlist. This week we're celebrating all things UK grime as many of its key players - Skepta, Stormzy and Wiley - are staring at big years with big albums due to drop.

It's been a large couple of years for the grime scene, with the music and its stars going from the underground to the upper echelons of the charts without the mainstream music industry paying too much attention. While social media has played a role in helping these artists retain and build fan bases, it's largely due to the potency and unique Britishness of their music which has made such an impact. Last summer was defined by Skepta and his grime anthem Shutdown, a track which marked a line in the sand for the scene.

As such we've spent the entire week profiling many of grime's key players and artists - you can see all the interview and content on M here.

Below you can listen to a playlist featuring selections from grime fans, DJs and artists. Check out our playlist with key tracks from Lethal B, Kano, Wiley, Skepta and Jammer among others.