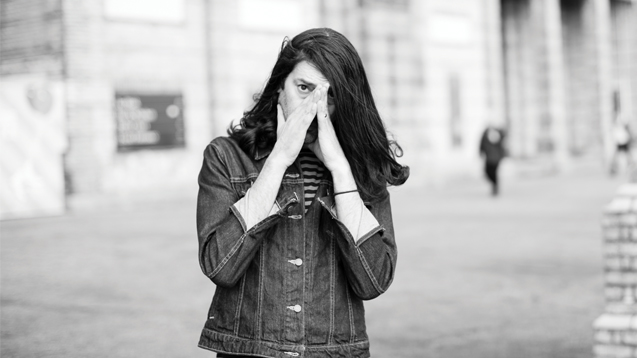 The Phantasy Sound label founder and electronic music-maker lets us in on the songs that have shaped him, from the first record he ever bought to the track he wishes he'd written...

Erol Alkan has been changing the game in dance music since he launched the iconic London club night, Trash, back in 1997.

Serving the capital’s musical misfits for nearly a decade, it defined the promiscuous relationship between electronics and indie, and hosted debut UK shows from the likes of LCD Soundsystem and Yeah Yeah Yeahs.

Now more than 10 years in the grave, its progressive vibe lives on in Erol’s eclectic Phantasy Sound record label, home to Daniel Avery, Gabe Gurnsey, Beyond the Wizard’s Sleeve, Ghost Culture, Connan Mockasin and Erol himself.

As a producer, remixer and artist, Erol distils his love of house, techno, psychedelia and krautrock into pulsing slabs of analogue modulation. Recent reworks for Depeche Mode, Todd Terje and Tuff City Kids have underlined his studio prowess, while latest solo release, Spectrum/Silver Echoes, finds him at his most dancefloor-friendly.

The first track I developed an obsession for was…

Possibly New Order’s Blue Monday in 1983, when my uncle told me to focus on the LED lights on his hi-fi amp as the kick drum pattern began. It would have been the first time I had experienced some form of visual synchronisation with music and it opened a whole new dimension within music for me.

The Isley Brothers’ version of Fire and Rain. It’s been covered so many times, but they have made it their own as far as I’m concerned.

Either of the first two World of Twist singles, The Storm or Sons of the Stage.

The Electrician by The Walker Brothers. I was referencing it earlier today in respect of something I’m currently working on in the studio.

The track I wish I’d written is…

Donna Summer’s I Feel Love. If you are going to have the opportunity to put a track forward like this, then it may as well be one which changed everything.

Anything which would make me cry is more likely to be a memory attached to a song rather than the song as such. I can’t remember the last time I cried to any music.

I think I know all the words to quite a few songs, but I always get a few wrong. But that’s also quite good when you discover the correct words, and it brings a brand new slant on a song you felt you knew inside out. I sometimes can’t be sure if what I have in my head is right or wrong. But that’s the beauty of music, our minds make up for the gaps we are missing. I’m sure I know all the words to is The Ronettes' Be My Baby, which ranks as one of my top three records of all time.

The Monkees’ Head. As great a music or band-related movie as possible, and the soundtrack is an incredible record in its own right. One of the best records of that era for me in general.

Spectrum/Silver Echoes is out now on Phantasy Sound.

This feature appears in the December 2018 print edition of M magazine.