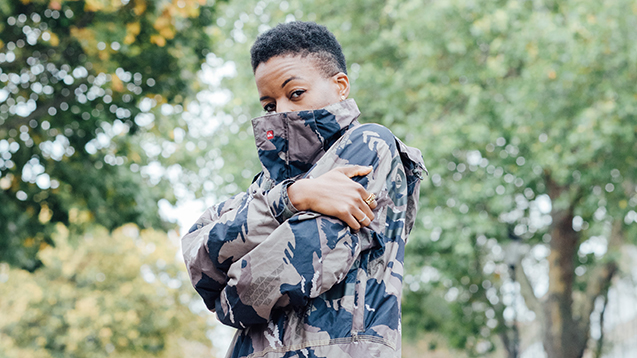 Harrow native Emmavie is a self-taught RnB wonder whose electronic infused hip hop has already seen her crowned by BBC Radio 1Xtra in their Best of British series and Paper Magazine namecheck her in their ‘10 Rising UK RnB Acts You Need To Jump On'.

She’s already supported the likes of Jon B and Eric Bellinger, while the track You Love Em, a collaboration with ROMderful, featured on Oprah Winfrey’s drama series, Queen Sugar.

Ahead of her forthcoming London shows (put 31 January at The Jazz Cafe and 1 February at Birthdays in your calendar, stat) she takes the reins for this week's playlist.

Tune in below to the cosmic sounds she's currently playing out in her DJ sets...

New Freezer - Rich The Kid
Kendrick takes every song up to a 10 out of 10.

In n Out
A playful song by my friends and I.

Facts - H.E.R
My favourite artist of the year.

Tepid Soul - Poppy Adjudha
A gorgeous soulful vibe from one of London's finest.