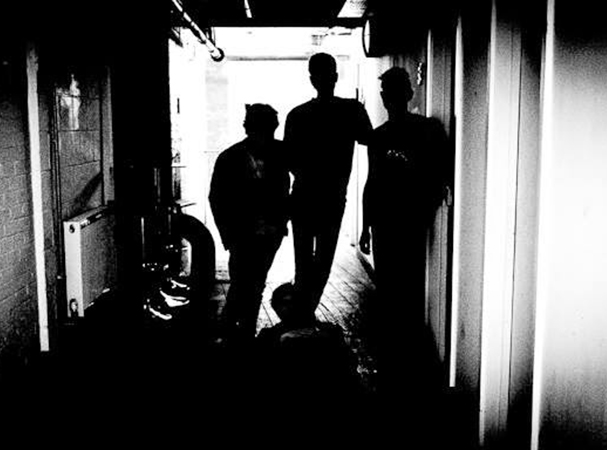 East London noiseniks Dressmaker are behind this week's playlist. From the achingly nostalgic pop of The Ronettes to the pert rhythms of lauded producer Perc, their picks are as surprising as they are revealing…

Dressmaker are one of the noisiest, gnarliest new bands around.

Their knack for direct and disorientating acoustics may riff on the past highs of bands like The Ramones and Jesus and Mary Chain, but their sound reeks of the hip East London boltholes they call home.

After we chatted to them last week about everything from 50 Shades of Grey to Napalm Death, we asked them for their top tracks of all time.

From the achingly nostalgic pop of The Ronettes to the pert rhythms of lauded producer Perc, their picks are as surprising as they are revealing…

The Ronettes - Be My Baby
It’s the greatest pop song all time, and we perform a ridiculously loud cover version of it. Phil Spector would either approve, or shoot us.

My Bloody Valentine - You Made Me Realise
This is just perfect. We saw them live and they stretch out the ‘holocaust’ section of the song to a blissful 30-minute-long improvisational noise ‘jam’.

A Place to Bury Strangers - I Lived My Life to Stand in the Shadow of your Heart
The greatest ending to a song ever. It sounds like Oliver Ackermann has turned on every effects pedal that has ever existed within the universe.

Jesus and Mary Chain - The Living End
A very inspirational band. Jim Reid is mumbling something about motorbikes but to be honest it doesn't really matter. Focus on the feedback.

Girl Band – Lawman
One of the best sounding, yet worst dressed bands around at the moment. Think noise-rock meets techno via Pixies and Shellac. [we couldn't find this track on Spotify so we substituted it for another Girl Band song]

Cassels - Seasick
A couple of fresh faced young brothers from London, we’ve played with them several times. Described as the most ferocious thing to emerge from Chipping Norton since Rebekah Brooks.

Perc - Take Your Body Off
Perc is one of the most interesting music producers of our time. The whole album "The Power and the Glory" is great but Take your Body Off in particular is a really inspirational song, brutal rhythmic techno with someone shouting incoherently in the background. One to sing to the kids at bedtime.

Candy Claws - Fell in Love (At the Water)
Now something nice to listen to. A dream-pop duo from Colorado who make beautifully layered music with chords that take you to unexpected and breathtaking places. [we couldn't find this track on Spotify so we substituted it for another Candy Claws song]

Napalm Death - You Suffer
This song is a second long. It’s both hilarious and genius.