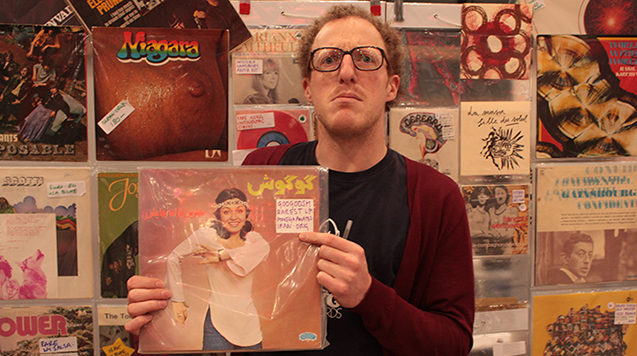 Doug Shipton, renowned record hound and co-founder of Finders Keepers, curates our new playlist. With a pedigree in all things wild and weird, he assembles an exotic potpourri of sounds for your listening pleasure...

The south London rare disc detective has worked tirelessly alongside fellow B-Music crusader and Finders Keepers label mate Andy Votel for over a decade to unearth rare artifacts from the alternate annals of pop history.

Not just content with rewriting the past, he also works for off-kilter Manchester label Twisted Nerve (along with Badly Drawn Boy) to release new bands.

With an impeccable pedigree in all things wild and weird, expect a potpourri of sounds to tickle your earbuds...

Jackson C Frank - Blues Run the Game
On regular rotation at my house.  Covered by EVERYONE but no one comes close.

Action Bronson - Easy Rider
Instigator of a new East Coast beef and rapper of recipes. Hip-hop is not dead!

Scott Walker - The Old Man's Back Again (Dedicated To the Neo-Stalinist Regime)
Having chanced his arm with Jacques Brel staples on his previous albums, Scott keeps up Anglo-French relations with this suspiciously Serge Gainsbourg-sounding effort.

Walter Jackson - It's An Uphill Climb (To the Bottom)
I'm a sucker for northern soul. The sadder the better!