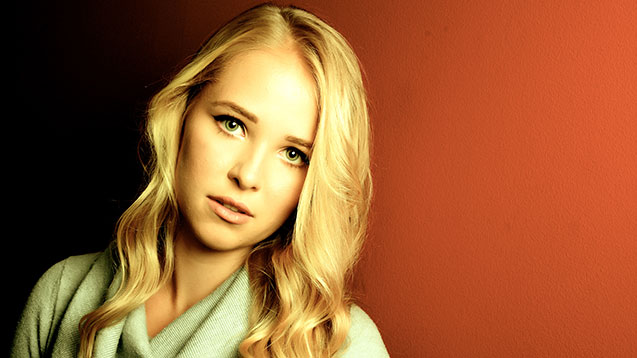 The cellist and composer is fast making a name for herself as one to watch, picking up prestigious accolades from the Royal Philharmonic Society and more. Here, she shares some of her favourite pieces...

Dani Howard is a cellist and composer fast making a name for herself as one to watch, picking up prestigious accolades including Royal Philharmonic Society’s (RPS) Composition Prize.

Born and raised in Hong Kong, she moved to London in 2011 to study and graduated from the Royal College of Music in 2015. Since then, she's worked with ensembles including London City Orchestra and had her music broadcast on BBC Radio 3, ClassicFM and BBC Channel 4.

Last year, she was commissioned by the RPS and Classic FM to write a work for the Royal Liverpool Philharmonic Orchestra, which premiered earlier this week at the Royal Albert Hall as part of Classic FM’s Best of British event.

With an ever busy diary, her latest composition – a piece for solo soprano recorder titled Two and a Half Minutes to Midnight – receives its public launch next Thursday (12 April) at London's St John's Smith Square.

Ahead of that, she shares some of her favourite pieces that have informed her work. Scroll to the bottom to enjoy...

Steve Reich - Variations for Vibes, Pianos and Strings: I. Fast
This piece has so much energy, and being very much into writing percussion music, I find that this piece has amazing textures. I love the contrast throughout.

John Adams - Short Ride in a Fast Machine
For me, this piece is just perfect - short, energetic and powerful.

Benjamin Britten - Suite For Cello No.1, Op.72: 1. Canto primo (sostenuto e largamente)
I learnt this piece on cello when I was a teenager, and it was my first introduction to Benjamin Britten - since then he has been a key figure in my development.

John Tavener - The Protecting Veil: The Nativity of the Mother of God
This is a piece that was transformative for me when I listened to the entire work for the first time - it has since stuck with me.

Nico Muhly - Cello Concert: Part III
I love this concerto, and think it should be programmed a lot more.

David Lang - Light Moving
I love the simplicity of this work, and having seen David Lang in a masterclass at the RCM, I understood that much more what he is trying to achieve with his music.

Giovanni Sollima - Violoncelles, Vibres!
Being a cellist, I am certainly biased - but after hearing Giovanni Sollima perform in Hong Kong when I was young, I was hooked! I love how he integrates rock influences into his work.

Nico Muhly - Etude No. 3: Etude 3
I find this piece so much fun to listen to - and am a big fan of Nico Muhly’s work. He has such a range of work, and yet they all sound like him.

Michael Kamen - Concerto for Saxophone: I. [First Movement]
Having worked a lot with the Michael Kamen Estate as an archivist and engraver, I was shocked to see the amount of concert music he had written, and particularly enjoy this concerto.