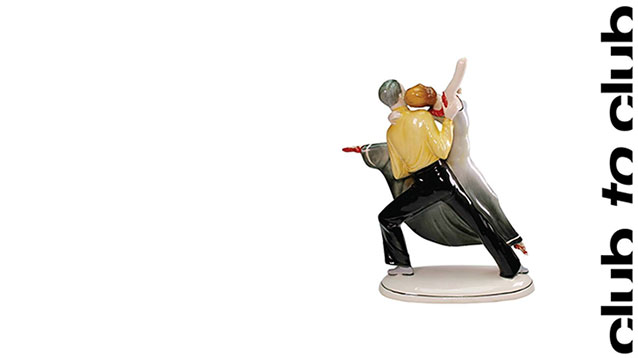 Organisers behind Italian avant-pop festival Club To Club let us in on the artists they're most excited to have on the bill. Tuck in, its a delectable selection...

From German pioneers Kraftwerk to LA saxophonist Kamasi Washington - via The Black Madonna, KARRYN and Visible Cloaks - the programme covers the length and breadth of innovative sounds from around the world.

Among those representing Britain are ace turns Kelly Lee Owens, Demdike Stare, Powell, Actress and Mura Masa, who will be bringing flavours of the UK underground to the art spaces of Torino from 1 to 7 November.

Ahead of the shindig, the organisers let us in on who they’re most excited to catch on this year’s bill…

Kraftwerk - Das Model
Groundbreaking, innovative and futuristic. In a nutshell: Kraftwerk means history. Club To Club will be a once-in-a-lifetime opportunity to catch them playing their catalogue in its entirety with 3D visuals.

Nicolas Jaar - No
Nicolas Jaar is a key player of this decade: never predictable, always challenging and brilliant. An artist with a wide spectrum of talents, to whom we are happy to re-open our arms wide.

Arca - Desafio
Arca found his voice during his last DJ set at Club To Club and made easily one of the most impressive and memorable albums of the year with it. It will be interesting to see what he come up with this time at Club To Club for his Italian live debut.

Mana - Fade (not currently on Spotify)
Daniele Mana is a pivotal figure of the Italian scene: he released among others for Nico Jaar’s Other People and debuted his MANA alias on Hyperdub last month with his sharpest release yet. Considering all his long list of monikers, Creature’s opening track Fade is Daniele’s best tune ever in my opinion.

Lanark Artefax - Flickering Debris
Lanark Artefax is one of most exciting rising artists out there, so no wonder he counts Aphex Twin as fans of his music. Club To Club will be a good chance to get lost in his impressionistic sound experience.

Visible Cloaks - Terrazzo
Reassamble is one of the most sublime release you’ll hear all year; a hugely satisfying collection of all-free floating tracks which will bless the majesty of UNESCO-listed Royal Palace of Venaria at Club To Club’s opening night.

KARYYN - ALEPPO
KARYYN’s music is disarming and haunting. Following Bjork’s endorsement, her astonishing artistic sensibility deserves a much wider audience, so we’re happy to be bringing her to Italy for the first time.

Mura Masa - 1 Night
Mura Masa’s talent for bangers is undeniable. This becomes clear after just a few seconds of listening to his debut and eponymous album, which is undoubtedly the album of this year’s summer (and beyond).

LIBERATO - Tu’ T’e Scurdat e Me
Blending Neapolitan language with a contemporary and international sound, LIBERATO is one of the most surprising projects in Italian pop for years. Nobody knows who LIBERATO is, but his first three tracks already belong to 2017 musical history. Believe the hype for once and expect fireworks at his show at #C2C17.