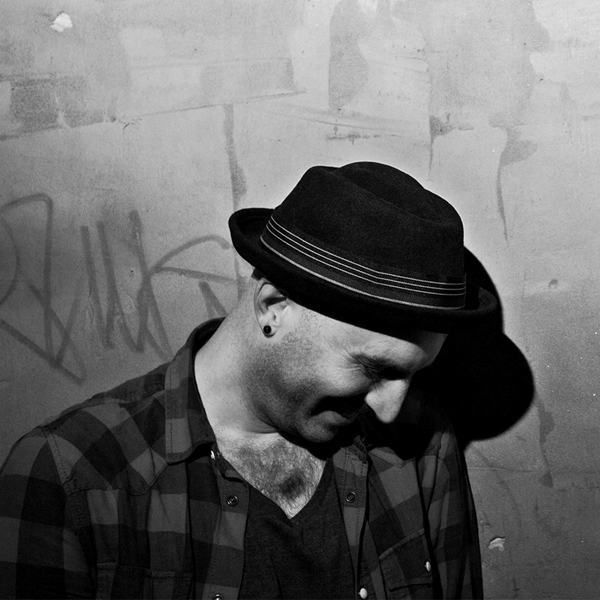 Welcome to this week’s playlist, curated by Sprechen Music head honcho Chris Massey. As well as an ace electronic DJ and producer, he’s also one of Manchester’s Electriks crew and helps run the Electric Elephant Festival...

Sprechen Music is the latest venture from Chris, who, over recent years, has become a key player in Manchester’s underground dance scene.

While he’s a DJ at night spots including Sankey’s and Homoelectric, he also keeps himself busy with Paper Recordings and works as part of the Electriks team. This motley crew were behind the hedonism of the city's monthly musical riot the Electric Chair before condensing their partying ways into the Electric Elephant Festival, a now annual event in Croatia. More recently, Chris has taken on his own imprint in the form of Sprechen Music, a new label dedicated to dancefloor deviancy. The first release is promised from Damon Jee at the end of September.

Here’s the list of songs and some words from Chris on his selections…check out the playlist below...

A truly stunning piece of electronic music that doesn't seem to fit in any kind of bracket other than ace! Can be dropped at any time of night and always get a wicked response.

Yep it’s been done so many times by so many people (with some great versions!) but the moment I heard Justin Robertson play this at this year’s Electric Elephant it cemented it as the one that will be a long stayer in my CD wallet.

First heard this on Weatherall's Masterpiece mix and it made me do a rewind about four times on the trot. Superb energy, groove, melody ... a real fist pumper! I've been lucky enough to become good friends with DJ Rocca (of Ajello) since hearing this and he's such a great dude.

Another bomber heard at Electric Elephant ... this time by James Hillard of Horse Meat Disco who introduced me to this amazing slab of proto-house mega-ness. Ever since it’s been played by me in all sets from bar gigs to club events ... essential!

A little bit self-centred I know but this has been one of my proudest moments so far and the track that has been heavily supported and played by peers such as Justin Robertson, Emperor machine, Mugwump, Julian Sanza, Tronik Youth and more. It’s a remix that I started time and time again before finally going in this direction and creating something (I think was) completely unique to the original.

It’s got it all ... 808 and 909 drum machines going berzerk, an amazing bassline and some stunning vocals from Ms Jackson. I never really tuned into her stuff much when I was younger as my parents always had Thriller in the car and my brother had Bad so it was always more Michael. Nowadays I much prefer the sound of Janet's stuff which although a definite product of the time, still sounds cool as heck!

A balearic, wonky electronic rework of a track by The Smiths should usually be filed under "utter shit". However, in this case its done to an absolute bomber! Big time beach bar track from back when we used to run Electric Elephant in Petrcane.

For me this was without a doubt THE greatest theme to a TV programme ever ... even when I hear it now I still get visions of singing it in my head whilst peddling the shit out of my BMX around the streets. Amazingly futuristic.

Naughty By Nature - Sleeping On Jersey

I only briefed touched into a lot of the rap sounds, mostly was into the OG by Ice-T as my brother got me into it ... however, on my own accord I got into Naughty By Nature and always loved the bounce in this one. It was an essential soundtrack on my walkman during my paper round days!

This collab came about as a result of me hooking in with Rocca. Was a great working process too and although this slipped under the radar it’s still one of my fave things I've done so far. Everything just seemed to come together all at once. I'm a sucker for floaty strings and pianos, must be something from back in my trance days ;) Nonetheless though I do still get a smile when I listen to this.