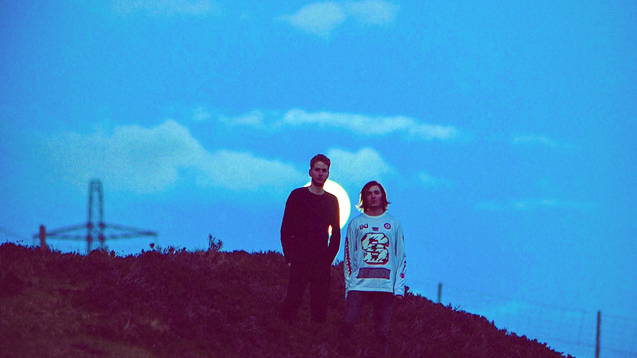 Nottingham duo CJ Mirra and Kirk Spencer are BIRTHRIGHTS, an electronic duo behind the Continental Drift playlist. Dig into their eclectic selection featuring Tirzah and 6Lack…

CJ Mirra’s collaborative path with Kirk Spencer began when they met in Nottingham where Kirk shared a living space with a collective of artists and writers including Late of the Pier.

Since then, the pair have been slowly unravelling a spiel of eclectic electronica best heard on their debut EP, 1. Drawing comparisons with Animal Collective and TNGHT, it’s a great introduction to a burgeoning talent set to drop more new music over the course of the year. To mark the release, we asked the pair to come up with a playlist, the result of which is this brilliantly eclectic Continental Drift playlist. Listen below.

So much colour in this track. Clap Clap always merges two distinct worlds to create some brave new world tastefully and tastily. Inspired us to try and do the same.

CJ worked on a film called Paa Joe & The Lion, a feature doc about a fantasy coffin maker from Ghana. The film is soundtracked by some of the finest Highlife from the region and this is one of the stand-out tracks. The quality of the recording and the fluidity of the rhythms matched the other-worldliness of the film perfectly.

This Tamil song brings back great memories of 2013 going through old VHS Tamil music uploads on YouTube searching for inspiring sounds, samples and rhythms. Sounds so fresh and new to me even though it was released in 1980 for film Anbukku Naan Adimai.

This song is a bit of a oddball in this playlist but it’s a song that’s been playing on repeat for the last week. Something so deep about the chords/riff/vocals.

Everything is Recorded - Washed up on the shore

Kirk just made a new track inspired by this. It started by matching a visual to this track, then taking the music away, then making something new that worked with the visual and tried to encapsulate the essence. Love the raw sound. Was lucky enough to meet Ibeyi, Warren Ellis and Infinite Coles during the recording of the EP.

Pretty sure you can level-up your synesthesia by listening to this on repeat.

Most of her stuff sounds like nature’s protest music even though the sound is so processed. Reminds me of Boards of Canada in that way.

Mt Accord - As Near As Possible (Interlude)

A recent release on CJ’s Colour8 label/collective. Mt Accord is a 21 yr old wunderkind from Slovakia who captures a strange, almost spiritual intimacy with the sounds in his daily life. This track is mainly a processed recording of his little sister on the piano.

Sent this track to CJ when it was first released and we both got so inspired from it. One of the only tracks we both can agree is amazing.

I first heard this song on a skateboard film when I was 15. It wasn't until 10 years later I rediscovered it and have been playing it a lot while skipping around Battersea Park.

I was lucky enough to go to Trinidad and Tobago this year for Carnival. Loved about four tracks that were on repeat and this was one of them. Looking to collaborate with this guy soon.

We bumped into each other at one of Patten’s first gigs and it's where we decided to get in the studio together. We are really into his new live show.

Lesser Pieces - You & I (No Emergency)

We listened to this a couple months before it was out while we were in the studio. I got very inspired by this track - I thought it would def be a number 1 hit in the UK and it annoys me that it isn't.

Instantly transports you to another place and time. I used this at an installation in Hackney Tower to encourage people to sit and reflect at the top of the tower in a room dressed with hundreds of flowers.