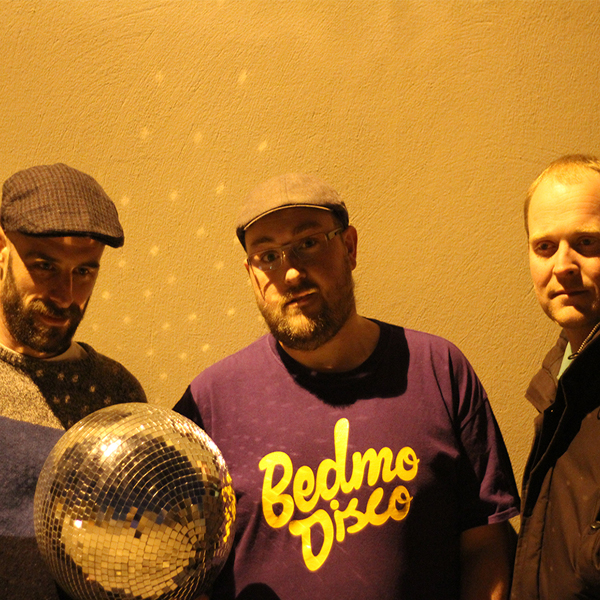 Welcome to our latest playlist, put together by Bristol’s Bedmo Disco crew. The trio of DJs recently graced the decks of Croatia’s Soundwave festival as well as hold down a regular slot in their home city. Check out their summer selection...

Welcome to our latest playlist, this week put together by Bristol’s Bedmo Disco crew.

Known for their love of all things funky and disco, the collective are a DJ tag-team, record label (Bedmo Disco Records), producers and party crew.

The trio featuring the skills of Awon (AKA Gareth Morgan), Sell By Dave (AKA long established music journalist Matt Anniss) and Five-Stylez (AKA Oli Ackroyd) and were a recent highlight of the Soundwave festival in Croatia.

Check out their summer selection below, plus a few words on each choice…

Everyone loves a good afternoon sing-along in the sunshine, and this live version of the Maze favourite - complete with an extended “I like sunshine and rain” refrain - has been a staple in our sets for years.

A head-nodding, laidback hip-hop classic. Grab a glass of something cold and get your groove on.

Souls of Mischief - ’93 To Infinity

The most summery hip-hop jam we can think of. Classic hip-hop always goes down well.

We occasionally disagree about records. Not this one. It never fails to get people going.

Quite possibly the most effortlessly summery record ever made.

Awon & Bedmo Disco - Check It Out

Shameless self-promotion alert! A chunk of sun kissed synth boogie from our Product of Bedminster EP.

Young & Company - I Like What You’re Doing To Me

If you’re after a soulful disco sing-along, look no further.

Every year, there’s at least one house track that dominates the festival season. If there’s any justice, this year it should be this chunk of hazy, delay-laden summer bliss from Pender Street Steppers man Jack Jutson.

Always finish on a high - or at least with something that drunken, smiling people can sing along to.