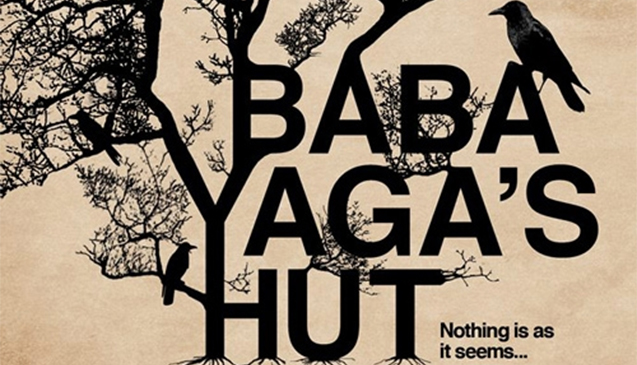 Our new playlist has been curated by Ant Chalmers from the out-there London promoters Baba Yaga’s Hut. Tune into the 10 tracks that are getting him hot under the collar this summer...

This week’s playlist has been curated by Ant Chalmers from the out-there London promoters Baba Yaga’s Hut.

Over the last decade, the Hut gang have been behind some of the weirdest, wonkiest all-dayers, late-nighters and off-kilter gigs to grace the capital.

Their restless ear has unearthed the best in askew electronics, far-flung doom, psychic drone and crunchy indie from the four corners of the globe, importing them direct to Corsica Studios, their natural home in the bowels of Elephant and Castle.

With a bumper roster brewing – including Silver Apples and Tomaga, Sarathy Korwar, Gum Takes Tooth and Pere Ubu - Ant tells us about the artists who’re getting him hot under the collar lately…

Selvhenter - Golden Boy
The Copenhagen four-piece are the heaviest band in the world that feature a trombone as the lead instrument. Amazing at Raw Power Festival and hopefully back to the UK soon.

Teeth of the Sea - Field Punishment
My favourite track from their third full length Highly Deadly Black Tarantula. They headline the Rocket Recordings all-dayer at Corsica Studios on 20 August.

Gnod - Visions of Load
Gnod are so prolific they have done a couple of records since this one. I'm not certain I've ever seen them play it live but this is probably my all-time favourite track from them. Certainly amongst the danciest anyway.

The Cosmic Dead - Anatta
The best band in Scotland, nay the UK, NAY THE WORLD! The Cosmic Dead. Well maybe not, but they are about as good a psychedelic, wig-out band as there is and their live shows are something else.

Workin' Man Noise Unit - With Love Supreme
This is the opening track on their album Play Loud that came out last year on the brilliant Riot Season Records. This one and Cruising on the IDR had as good a crowd reaction as anything over the whole weekend at Raw Power.

Za! - Badulake
I had wanted to book Za! for a long time but had thought they were from South America. Then Luke from Audiacious Art Experiment emailed me say that he was releasing their new album and did I want to do a show? I found out then they are just from Barcelona! As good fun as anything you will see. Heavy and weird. Joyous is the word I think.

The Comet is Coming - Star Furnace
Probably me favourite album of the year so far comes from The Comet is Coming on Leaf Records. It's just so damn good. It’s the Soccer 96 duo joined by jazz star Shabaka Hutchings for some cosmic explorations into the unknown.

Flamingods - Rhama
Another great album from this year. Flamingods’ third record, and their first with Soundway Records, is certainly their most mature and fully formed yet. Their live performances have always been legendary but they have a great album now too.

Silver Apples - Oscillations
Oldie and a goodie here from Silver Apples. A true pioneer in electronic music. If you didn't know that this track is from 1969 you would be certain it was 10 years later. He has a new one coming apparently! His first since the nineties but I haven't heard it yet. He plays Corsica Studios in August.

Khunnt - The Watcher
As heavy and evil as anything you will hear. Their new one of Box Records is a stormer and they were fantastic at The Lexington earlier this year. Definitely one for Baba Yaga's/Raw Power in the next six months.