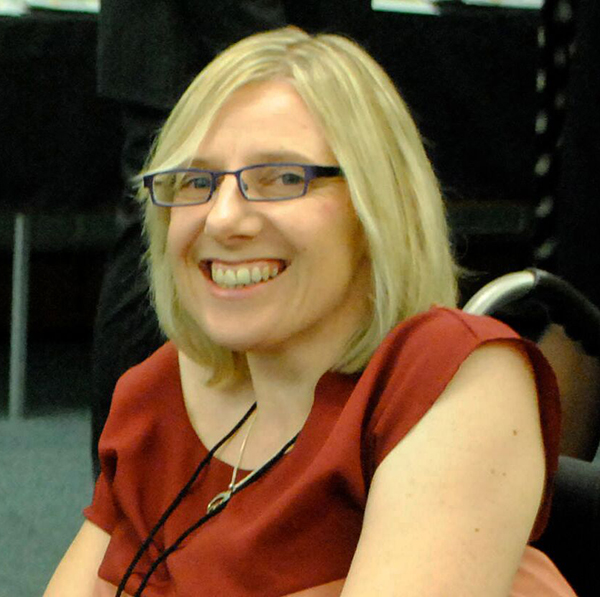 This week's playlist is curated by Suzanne Bull MBE of Attitude is Everything, a charity committed to improving access for deaf and disabled music fans at live gigs. Check out her surprising selection...

This week’s playlist is curated by Suzanne Bull MBE, chief executive of Attitude is Everything, a charity committed to improving access for deaf and disabled music fans at live gigs.

The charity has been spreading its goodwill and unique expertise at venues across the UK for a number of years, and is actively engaged with landlords, promoters, bookers and artists to bring equality to the live sector.

Earlier this year, Suzanne and her small team of dedicated colleagues celebrated the charity’s 15th anniversary. She also announced that Attitude is Everything has now signed more than 100 venues and festivals – from Glastonbury and the O2 through to smaller halls and clubs - to its Charter of Best Practice.

Moving towards a goal of ‘music without barriers’, the charity also recently revealed that disabled ticket sales at Charter venues and festivals increased by an impressive 70 percent in 2014.

Here Suzanne picks her 10 favourite tracks of the moment…

Mystery Jets – Two Doors Down
Because we discovered them in 2005 when they played Club Attitude and when they played this at Reading Festival for the first time to a capacity crowd at the newly-enlarged NME Tent, they were magnificent.  It was then that I knew we’d found something special. Blaine Harrison is a Patron of Attitude is Everything.

Los Campesinos – You! Me! Dancing!
Because they make me laugh whenever I see them.

PKN – Kallioon!
Finland’s Eurovision entrants for 2015. They have film which depicts the life of a band and its fall-outs, but with that added unique perspective of someone with a learning disability. It’s the best rock documentary I have ever seen.

The Others – Stan Bowles
Dominic, the lead singer, used to live opposite our office and shared his rider with me one Reading Festival.

Staff Benda Bilili – Staff Benda Bilili
From the Democratic Republic of Congo. Another band with a great story, complete with the obligatory rock and roll fall-out, but also with a unique perspective into life supporting the street kids.

Sparklehorse – Return to Me
One of the gentlest performers that I ever saw live and it broke my heart when he passed away. Loved his collaboration too with Dangermouse and David Lynch.

Vic Chesnutt – Drunk
The first song that I ever heard by him. I was lucky enough to meet him at the Union Chapel, Islington, and when I told him about Attitude is Everything, in a nice way, he responded with ‘Why the hell do the UK have a charity that does this’ – because access is a given in the US. One day it will be so in the UK.

Robert Wyatt – Free Will and Testament
Again, another very gentle man, a great artist who I’ve been lucky enough to meet and have great chats with over the years. He is also an Attitude is Everything’s Patron.

P J Harvey – A Perfect Day
This is a really dark, dark track and I love it. She’s the best UK (female) artist we have, forthright, creative and independent.