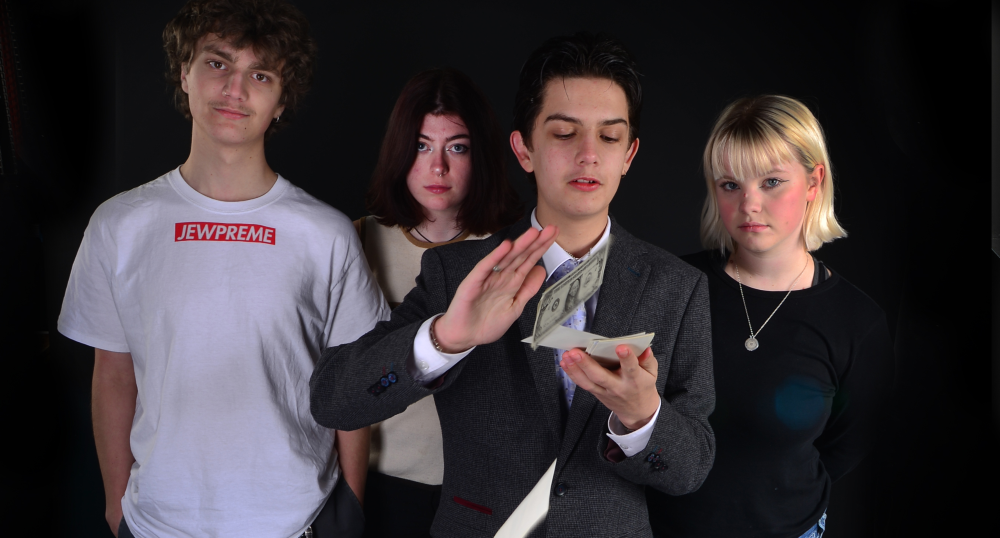 Ahead of the release of their debut EP By Cousin Sam, we asked Colchester four-piece Anorak Patch to make us a playlist.

Made up of Effie, Luca, Oscar and Eleanor, teen band Anorak Patch – whose drummer is a mere 15 – release their debut EP By Cousin Sam tomorrow, 29 April.

Speaking of their debut, guitarist Oscar Ryland said: ‘The EP is a new direction for us musically. it has more extremes, some parts of songs can be very intense, and others can be slow and calming, hopefully listeners like it. The running order of the ep is important – we think it adds to the overall experience. it starts and ends with two powerful and emotional songs and in the middle is something lighter and more accessible… it’s full of twists.’

With a day to go before By Cousin Sam drops, we asked Anorak Patch to make us a playlist. Give it a listen below.

Tom Misch - It Runs Through Me

It combines different artist in a way which works really well and I often feel an album with too many features doesn’t always work but this executes it really well.

It’s the song I wish I could hear for the first time again.

I like how this song develops and how the melodies interchange with the beat, I find myself playing this when I’m doing work or when i need to be productive.

The lyrical sense of this song very much captures the juxtaposition between life with guns in the US vs UK, also the connotations of this 1st verse mean a lot.

System Of A Down – Shimmy

Black Country, New Road - The Place Where He Inserted The Blade

I'm not really a fan of ballads normally but this is particularly enjoyable and one of the most beautiful songs I've ever heard. The whole album is really. It has this melancholic, yet uplifting feeling to it.

It was the first song I heard by Wu Tang from an album that changed my life and showed me what music can really be.

One of my favourite jungle songs that has so much energy, it gives me goosebumps every time. The bass in it is deep and dark and groovy.