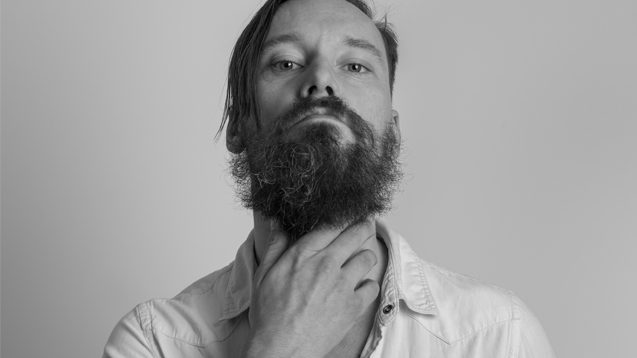 Singer songwriter Artur Dyjecinski lets us in on the dissonance and drama behind his new record The Valley of Yessiree, plus compiles a playlist on his influences and inspirations…

Artur is perhaps best known as the frontman of scuzzy rockers Dracula Legs but today (29 April) he releases his debut solo record, The Valley of Yessiree. He originally emerged from the Ontario woods a few years back, and has been immersed in musical dissonance and drama ever since. The record is emotional, smokey and brimming with ideas, reminiscent of Nick Cave or Lambchop's Kurt Wagner at their lyrical best. We get to know more about A Dyjecinski in our new interview and get an exclusive playlist showcasing his myriad influences and inspirations. Meet him below...

I found a tape of Sly and the Family Stone’s There's a Riot goin' on when and I was very young, maybe 12.

I didn't really have many cassettes of my own (if any), so I would just listen to it over and over. I remember discovering that the instruments I heard were different. I thought it was a really cool discovery that I could listen to a drum heavy version or a guitar heavy version depending on which ear had better coverage. It was my own world in sound for the first time. Also, I could tell people about a record they didn't know about which also excited me. I bought the vinyl later in life because of that experience but I still have the cassette. All the songs took on a new life when I learned Sly had a drug problem.

Who/what made you want to start writing your own songs?

Like the length of a piece of string, there was no start and there will be no end. I didn't start writing 'songs' growing up as I didn't have any instruments so it would just be poems and other nonsense. I began recording poems into my old tape deck using one of the headphones as a microphone, then I started putting music behind it. I really liked hip hop singles because they always had instrumental tracks which I would use. It had a collaborative feel to it using these pre-recorded beats. That really got me into the process of recording and how sounds are made and captured.

What is the new album about?

I went on a journey to see how remote I could live, how much solitude I could find, but seeking to be physically alone does not free one from the company of self; memories become actualized by their existence. I soon began to realize that I am failing at my journey and the point of the journey was changing; that even when physically alone, my thoughts were always in company.  The observation itself was the point. The illusion of our constructed world is made true by the belief that it is.  The album is about failure of solitude and loneliness.

Where did you make the record? And what have you learned from creating it?

The record was made at my home studio in London.  I tracked everything to a Tascam MS16 1" 16 track tape machine and played all the instruments on the album.

It was a tough process because I was overdubbing the entire album which started out at 16 songs and 10 which make-up the album in its final form. I never liked many records recorded by overdubbing as I always thought it loses that magic of musicians playing off each other, even though you get a cleaner recording (which wasn't something I was interested in anyway). Also I can't stand most overly polished albums now, quantized drums even though they are live?  So to avoid that over sanitized feeling I decided to make sure that no part that was overdubbed was ever a 'comp'd'. So the process of recording would still be performance based. From start to finish, no corrections, if it felt good, it stayed, if it didn't, I do it again.

Have you any tips for new songwriters?

Avoid platitudes, avoid popular music, and you're not writing enough. If you think you're going to enjoy this, you're wrong.