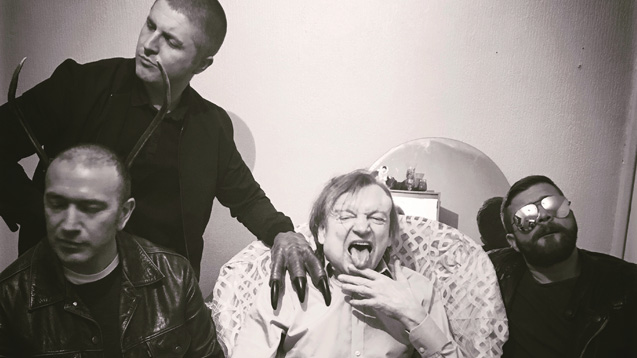 Pete Greenway, guitarist in The Fall from 2006 to 2018, remembers Mark E Smith, the band’s formidable ringleader of 40 years...

Pete Greenway (front, left, see below for full pic), guitarist in The Fall from 2006 to 2018, remembers the band’s ringleader of 40 years, Mark E Smith (front, middle). Mark sadly passed away in January, aged 60.

This was Mark’s favourite picture of the band. It was taken last summer in the place he lived with his photographer partner and manager Pam Vander. We’d often go over there for get-togethers, to have a laugh and think up new ideas.

While we were there that night having a few drinks, Pam asked if we’d like to have our photos taken. She disappeared for 10 minutes to set up some chairs and ridiculous props, and off we went! I’m the one with the horns coming out of my head, although they’re actually attached to the chair. I’ve also got a lightbulb in my hand, and I’m not quite sure why! Mark is looking very Mark-ish; he always liked to stick his tongue out mischievously.

My all-time favourite band photo is on the sleeve of one of Mark’s favourite LPs, Captain Beefheart’s Strictly Personal. Inside the gatefold, there’s a great black and white picture that you can stare at for hours – it’s so odd and interesting. This one of us reminds me of that a little. It makes you want to know what’s going on…

We had such a good time that night, and I think about it a lot since he’s gone. There were lots of laughs and jokes - he was always telling us funny stories. We had plenty of hilarious moments in The Fall, and this picture captures that.

I first met Mark in 2002, when I was in the tastefully titled band Pubic Fringe. It was at All Tomorrow’s Parties, the year Steve Albini curated. We’d gone as punters and in the blizzard of everything that went on that first night, my band had offered to play football with The Fall. They couldn’t quite believe it! We were told to meet the band in the pub the next day and, lo and behold, Mark walked in. We got talking about football and music, and he bought us drinks. We got on really well but didn’t play any football!

From that first meeting we got asked to support The Fall. Mark came across as very generous, and we had a great laugh – which was totally at odds with what I expected. I imagined he would be difficult, but he was quite the opposite.

It was quite easy to work with Mark – he was a very creative man and always had great ideas. But he also had an outrageous personality, which could be a stumbling block in some places, such as airports. He never really stopped being Mark E Smith, that’s who he was, he was the real deal. So, wherever you went, you had to take Mark E Smith with you. It could be problematic at times, but we’re left with some brilliant memories. I’ve never met anyone remotely like Mark, so I know I won’t ever experience anything like that again, which is really sad.

Mark affected the way we operated so much – his hands were always all over The Fall, when we played live especially. He conducted us, and we adored him. People’s perception of The Fall is that he was a difficult man to work with, but I found him a joy. He was an eccentric and did what most people wouldn’t; that was his vital role in the sound of The Fall.

This article features in the latest issue of M magazine. 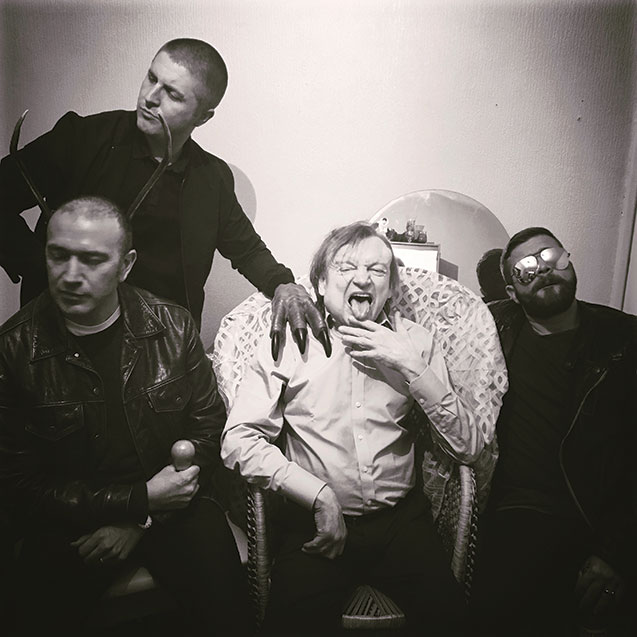