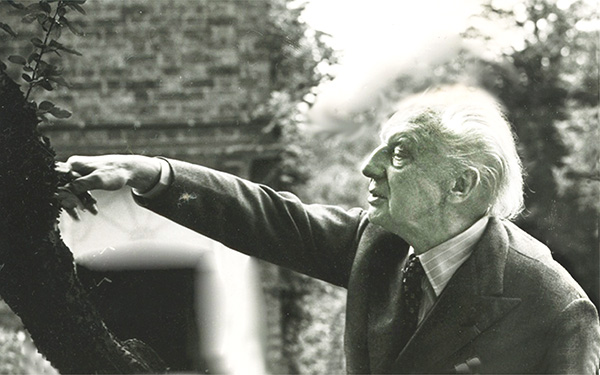 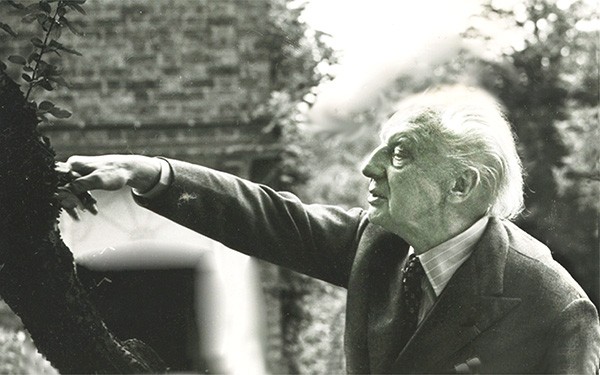 This picture was taken by Camilla Jessel Panufnik, wife of the late composer Sir Andrzej Panufnik, with whom Leopold had a close bond. Here, Camilla remembers the man who was both a world-class conductor and a pioneering record producer.

Leopold Stokowski was famous for his magnificent recordings and his thrilling performances, notably his ‘Philadelphia sound’ - those glorious tones he drew from his American orchestra. He was also renowned for his arrangements of Bach and his conducting in the Disney film Fantasia, which introduced whole generations to joyous classical music.

He was a lifelong promoter of new music, frequently performing works by then lesser-known composers whom he felt deserved better recognition, including early Schoenberg, Rachmaninov and Ives, and was passionate about the compositions of my late husband, premiering several of his works from 1953 onwards.

After we married and moved into my grandmother’s old house by the Thames, Stokowski often stayed with us to rest between his concerts and recordings. Well over 80, he was still a magnificent conductor. He insisted we kept his hiding place secret. He loved to get away from the grandiose maestro lifestyle. All he wanted was peace, quiet and long conversations about music with Andrzej, and to revel in our rustic surroundings.

He used to tick me off in maestro-ish style for not keeping our fruit trees in good trim. He would grab my secateurs and rush round our garden, clipping off dead twigs, even branches. ‘I hate dead wood!’ he said. (Remembering his rehearsals, I guess he was thinking of orchestral musicians whose sight-reading was not up to scratch!)

He enjoyed our domesticity also, sitting on the Welsh farmhouse pew in our kitchen while I attempted to cook gourmet meals. He would pod the peas, peel the spuds and give instructions of how he liked them to be cooked - precisely au point. He loved boating on the Thames with Andrzej. Together they explored the ancient buildings round Twickenham and paid their respects to our 18th century local resident, the great poet Alexander Pope.

When Andrzej composed his cantata to Pope's great poem, The Universal Prayer, Stokowski was profoundly moved not only by its ecumenical invocation to the ‘Father of all! In every age, In every clime adored, By saint, by savage, and by sage, Jehovah, Jove, or Lord!...’ but he was bowled over by Andrzej's score. He once wrote that he hoped it would be performed frequently, like Beethoven’s Ninth Symphony and that it was ‘...one of the most original musical creations of the mid-20th century’.

He gave this Twickenham-based cantata a double world premiere with mighty performances in New York's protestant and catholic cathedrals. Aged 88, without fee, he recorded the cantata right through the night in London’s Westminster Cathedral, but chose in 1971 to give its British premiere where Alexander Pope lies buried in the small parish church of St. Mary's in Twickenham.

This surprising event was brilliantly caught for television by a then little-known stranger from nearby Richmond, Sir David Attenborough. Sadly TV film in those days was mostly ‘wiped’ for re-use so the documentary did not survive.

British maestro Leopold Stokowski was one of the greatest conductors of the last century. His unique style shunned the baton in favour of his more expressive hand work, while the variety and quantity of his performances championed composers of all musical persuasions.

Sir Andrzej Panufnik was a revered composer, known for his highly original symphonic pieces. He worked with the era’s most prestigious conductors and orchestras, and introduced the young Evelyn Glennie to the public eye through his Concertino for Timpani, Percussion and Strings. Andrzej received a knighthood for services to British music in January 1991, the year of his death.