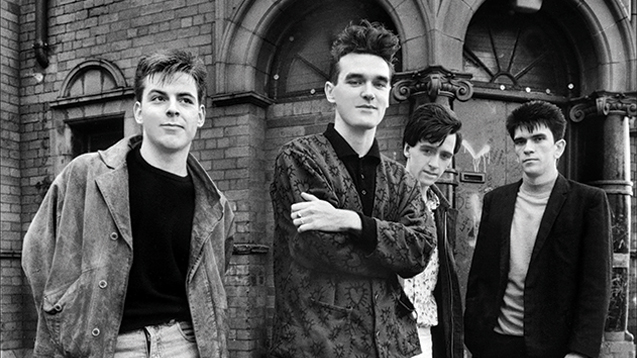 Stephen Wright first photographed The Smiths in 1984. A year later, he went on to take this iconic shot for the inside cover of their third studio album The Queen Is Dead. Thirty years on, he recalls how it happened…

Stephen Wright first photographed The Smiths in 1984. A year later, he went on to take this iconic shot for the inside cover of their third studio album The Queen Is Dead. Thirty years on, he recalls how it happened…

I first started taking photos in the early eighties. I was a student in Manchester, won £40 on a Premium Bond and used it to buy my first camera. I was a novice but a music fan and The Haçienda had just opened. I went along, said I could take photos for the student newspaper and asked for access. Howard Jones, who became the first Stone Roses manager, said: ‘Alright. If we need a picture, you sort us out. Here’s a pass.’ So I was given an open door.

I saw some great acts. New Order obviously as they owned it, plus Gil Scott-Heron, Curtis Mayfield, Grandmaster Flash. I first saw The Smiths in February 1983. I couldn’t get anywhere near the front to take pictures. It was like a rugby scrum. But they were fantastic. Morrissey’s stage presence, the whole band … they were like nothing else.

About a year later, they’d been in the press and on the radio, and I saw them again at the Manchester Free Trade Hall. That was probably the best show I ever saw. Again, it was this scrum of people. But I went to the side and got some nice shots of Morrissey with the flowers hanging from his back pocket.

They were shot on a northern November day. It was fucking freezing and really dark. You can see them shivering. And remember, this job was given to a man who only had a camera for a few years. I was a great Smiths fan and it was a real honour. But it should have gone to Anton Corbijn. He did all the U2 Joshua Tree images and worked for NME. I lived in a shared house in Longsight, a place most people try to get out of. I used to sleep in the darkroom. Rather than Anton, this job went to a broke Smiths fan with a camera. It was ridiculous.

On the day it was so dark we should have cancelled. But we went round to Victoria Station, then to the Salford Lads’ Club, which was Morrissey’s choice. We did various pictures outside the club and at the other end of Coronation Street.

We probably spent half an hour outside the Lads’ Club. Yet, miracle of miracles, it worked. It’s not me - it’s the band. A fellow at The Independent once described it as the Abbey Road photo of the eighties. There’s something about the way they’re standing. And Morrissey’s face, that Mona Lisa smirk.

I am proud to say I’m the only honorary member of the Salford Lads’ Club in 100 plus years. All these people from across the world have this picture on their walls. My wall has got my Salford Lads’ membership card on it.

You can see more of Stephen's work at smithsphotos.com

Here's Stephen's iconic photo in all its glory... 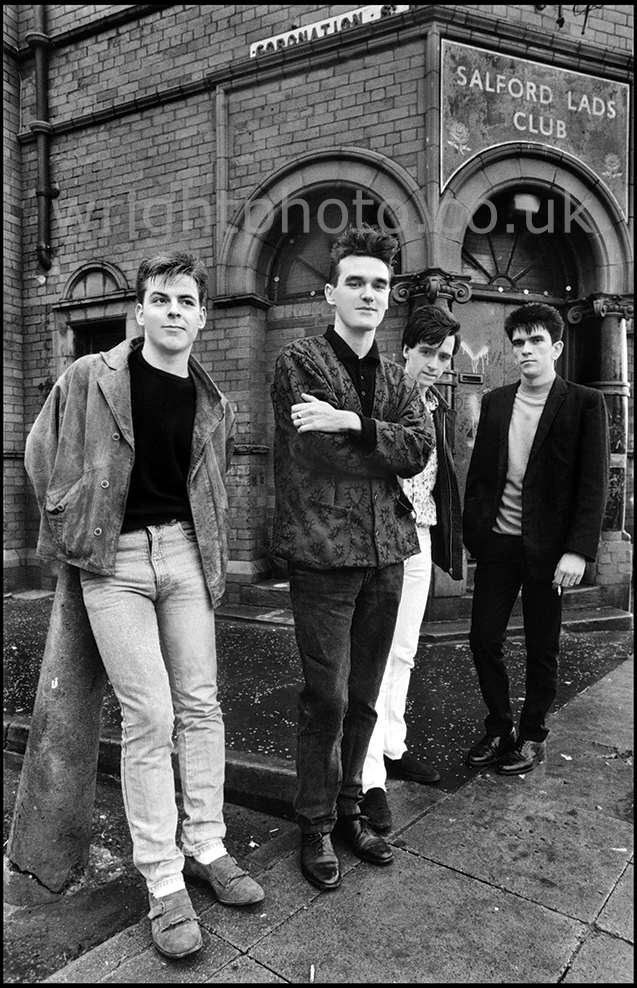