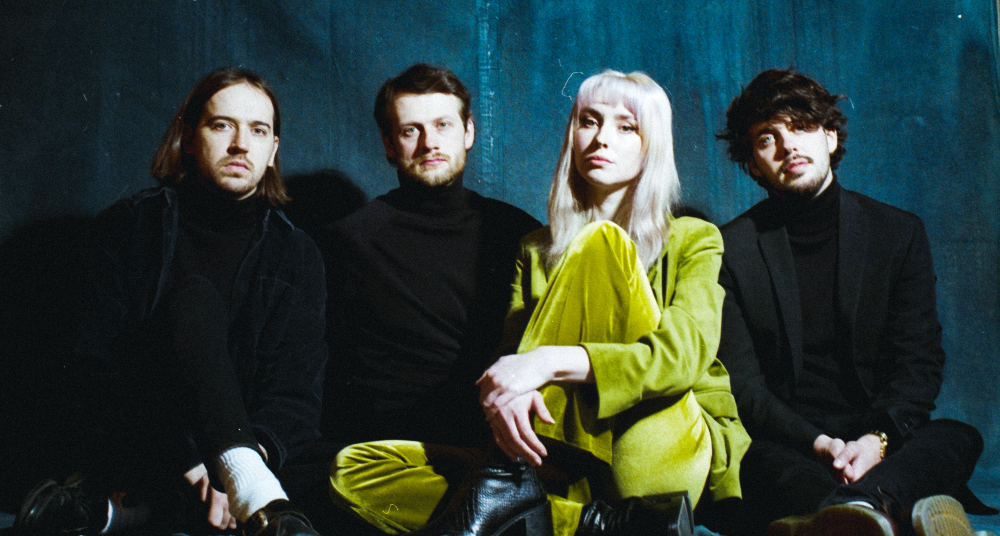 Following on from the recent Sound City and Dot to Dot festivals, the upcoming Wild Paths festival in Norwich is another significant sign that the country is ready for a full-on return to live music. For four days, commencing 14 October, Wild Paths will be taking over 20 of the city's music venues, featuring over 200 live acts. Showcase festivals like Wild Paths are so important for any new artist, providing key opportunities to develop their live sound, build on their fanbase and ultimately progress their career.

To the uninitiated, how would you describe the sound of Bleach Lab?

We’ve previously been described using the term ‘sad core’, we quite liked that. We’re heavy on spangly, atmospheric guitar riffs with moody and melancholic, Mazzy Star-esque vocals heavily inspired by ‘90s shoegaze and the likes of Slowdive and Cocteau Twins.

From your 2019 debut release Heartache of the Season through to your new EP Nothing Feels Real, has your creative approach changed and in what ways are you exploring and developing your sound?

We have a different drummer now in Kieran and that has drastically changed things. It’s meant we now have the ability to self-produce to a point, so we’re able to realise the creative direction of our songs a lot quicker. One thing though that has remained very much the same is that we are creative in short bursts. We’ll take a while to come up with something new that we like, and then suddenly a bunch of songs will precipitate out of nowhere. We have been described pretty much unanimously as having a sound which is very nostalgic and retrospective. And it’s something we’ve definitely leant into with our songwriting. But we don’t want our music to sound exactly like it was lifted out of the past, so we are always trying to find ways to modernise our songs when it comes to finishing them off. That’s where the exploration and development come in.

How did life in lockdown impact on the band and how challenging was it to keep everything moving forward?

At the start it felt pretty deflating for us, only as we had just begun to get that momentum going and had recently played our first ever show at Notting Hill Arts Club. However, after a bit of time procrastinating and making a lot of banana bread, we started making use of the extra down time that we were given in lockdown, to continue developing our sound and writing new tracks. It gave us all something to focus on, which I think we were extremely grateful for in the circumstances.

Your new EP will shortly be available on vinyl in three different colours. What is the creative process involved in releasing new music, and who decides the colour of the vinyl?

There is surprisingly a lot more people involved in the creative process of releasing and recording than some might expect, from artwork to merch to music videos. We like to get inputs from trusted sources and we take a lot of careful time planning out the exact approach for a release, which can be challenging without being a signed band. However, with all creative decisions, we have always tried to approach things in a democratic way. As a four we will usually always go with a majority vote in any decision creative or otherwise. When it came to the vinyl colour choices, a lot of that was influenced by the artwork colour scheme on the new EP and what would look good. We are very happy with the three colour ways we have chosen and can’t wait to see them for real!

Where was your first live show post-lockdown, what was that specific experience like and in general how has the return to live been for Bleach Lab?

Our first show back was at Moth Club. It was surreal. It was a socially distanced which was incredibly strange having people sitting down at a gig. It was hopeful though, it gave us a lot of confidence going forward and was definitely like a light at the end of the tunnel. Of course, it was really quite nerve wracking, being our first gig back after so long but the crowd were so excited to see live music again, the atmosphere was electric.

You’re playing the Wild Paths festival in Norwich on 17 October. How does playing a multi-venue festival like Wild Paths differ to playing your own shows?

It’ll be the second multi-venue festival we’ve played at, the first was in Leeds in Summer. We really enjoyed it, it’s great to be able to see and get to know so many other amazing bands. Playing your own show is of course great but playing a multi-venue event feels like a real music community and it’s a lot of fun experiencing different venues and having the opportunity to network. Wild Paths was actually the first festival booking we ever had, when we were due to playback in 2020, so it feels very special to finally get around to it.

You’ve a headline tour lined up for early 2022, any other definite plans in place for the new year?

The tour is definitely our main focus after October’s madness comes to a close. Being in a position to plan a headline tour is just insane. Other than that, we are really hoping next year is our year to start getting out and onto some summer festival line-ups. Maybe even something outside of the UK, that would be amazing.

Ones to watch at Wild Paths

Regressive Left: Having been fortunate enough to catch their recent packed-out show at Nottingham’s The Bodega, I’ll certainly be at the front of the queue for their Wild Paths show. Although it’s still early days for this three piece band, with only three tracks currently released, their early ‘80s / dance-punk influenced sound is definitely one to listen out for.

Bessie Turner: Suffolk raised alt-pop singer/songwriter Bessie self-released her debut single Big Sleep back in 2017 to great acclaim. Supported heavily by BBC Introducing and with regular plays on Radio 1 and 6 Music, Bessie has played across the festival stages including Latitude and Reading & Leeds and will be playing Wild Paths alongside Sports Team. Oh, and she’s also supported Ed Sheeran.

Deep Tan: With just a few singles and an EP released to date, the rhythmic and sometimes dark sound of London-based trio Deep Tan may hark back to late 70’s post-punk, but sonically they are clearly routed in the now. Having already featured in the likes of NME, DIY, So Young and Dork and being playlisted at 6 Music and Amazing Radio, I cannot recommend Deep Tan highly enough.

Nuha Ruby Ra: London based experimental DIY artist has racked up some impressive live shows, supporting the likes of Snapped Ankles and Amyl and the Sniffers, as well as working with Warmduscher and Flamingods. Certainly one to catch at Wild Paths.

Anorak Patch: Hailing from Colchester, four-piece post-punk band Anorak Patch burst on to the scene with their 2020 debut single Beans detailing the problems of being a teenager. With influences ranging from Black Midi, Slint and Radiohead and a sound that belies their youthful age, they have already made the BBC 6 Music playlist and garnered strong vocal support from the likes of Steve Lamacq and Huw Stephens.