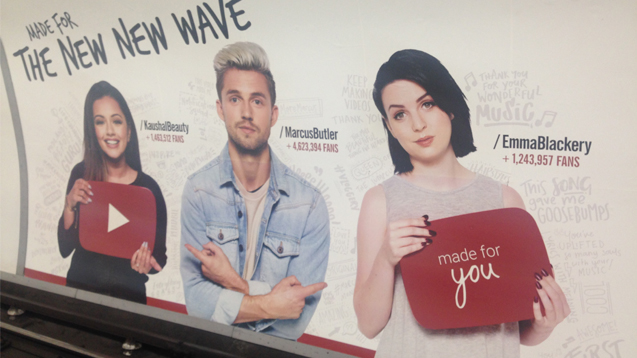 Nine things we learned about the future of the music industry

We were at the latest music industry event from Futuresource music conference to discover how the industry, and the ways fans and artists interact are changing. Check out what we learned…

With the industry arguably on an upwards trajectory thanks to digital music growth, the ways in which fans consume their music is constantly changing.

It was this topic that a panel at the latest Futuresource Audio Collaboration music conference attempted to dissect.

Both physical and digital formats need each other

KB - We live in a multi-channel world with each serving different purposes. CD is for convenience listening in the car, streaming is great when you’re on the move, but everyone is different. In the industry we talk about either or, about people transitioning from physical to digital but that’s not what is really going on. People are using a combination of formats.

Music fans are not defined in their habits by age

KB - People think that youngsters use Spotify, old fogies are buying CDs. That doesn't reflect the situation. I have a Spotify subscription and still buy CDs. Some of the biggest vinyl users are also Spotify users. One is driving the other and as an industry, we need to harness that.

The industry needs to create more value from music

KB - Music fans all want the same thing - music now, and some sort of value attached to it. This is delivered either through better choice, giving them something tangible, or giving them a connection to the artist. We need to embrace all these things.

MW - I managed YouTuber Emma Blackery. She used money from the sponsorship of her vlogger diary to fund recording of artist album. In the old days, she would have got an advance… Like the YouTube artists, she is very savvy - ad revenue covers bills and rent, brand money is bonus money. Generally a million YouTube views adds up to £1,000.

But they still want traditional models for backing

MW - The industry is still important for YouTubers as a way to tap into mainstream, more traditional channels. Emma has an active engaged fanbase via her channel but working with a PR or label enhances this reach into the mainstream. Some of these platforms eventually get turned off – look at MySpace - it’s not around and will the same thing happen to YouTube? This is about building long-term careers.

YouTube is the norm for these artists, but they want to be on TV and radio to legitimise what they’re doing. They still want a CD out so their parents can buy one from Tesco.

PD - musical.ly has 140m users. In 2003, after two days of iTunes, we were excited by a million downloads which was forecast for the first year. In 2006, YouTube had 25 million users. This new app has 140m in its first year. It just shows how the pace of industry innovation is phenomenal.

PD - For successful global artists - like Ed Sheeran or Bruno Mars - probably less than 30 percent of the revenue in any given year is going to come from recorded music sales.

So it’s really about ensuring artists stay relevant. Music is about culture, relevance - and to stay relevant you need to keep dialogues on all the available platforms.

BW - It takes a lot of personality, confidence and skill to be compelling online. The best artists are curatorial and have a great tone of voice when they’re speaking as well as singing - it’s more than just the recorded music and performance - a lot of our artists are creative visionaries, make films and animations like Jamie Hewlitt [from Gorillaz].

Story telling is at the heart of effective brand partnerships

BW - Increasingly artists and brands feel the same way about deals – the best work we do is when we bring genuine insight about an artist to bare on a campaign or piece of content. We operate in a real time access world where fans can act and react quicker - these relationships work better when we tell a story for an artist and a brand.
Features
Back to top