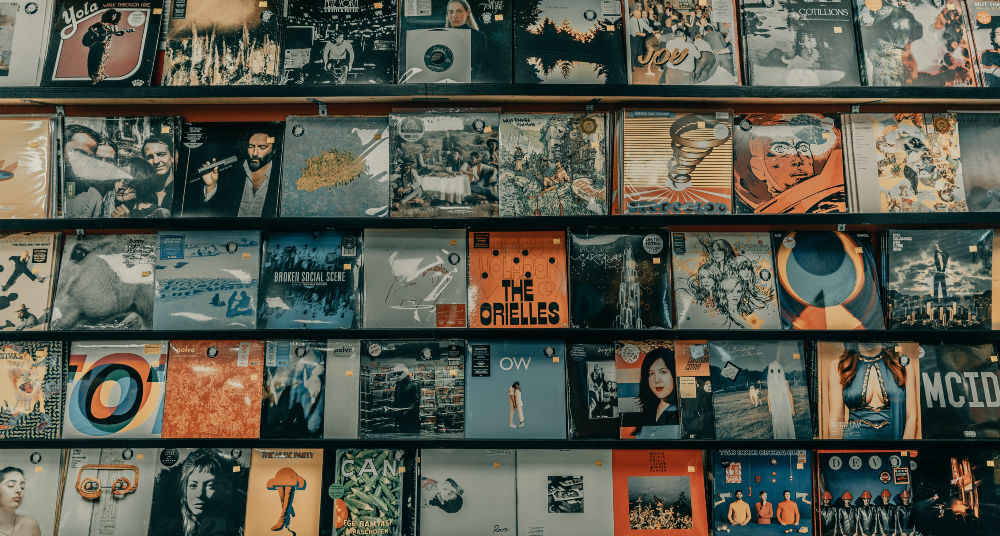 National Album Day 2022: The enduring significance of the debut

With National Album Day returning for its fifth year on 15 October 2022, Emma Wilkes speaks to the BPI's Gennaro Castaldo, Megan Page of the Digital Entertainment and Retail Association, singer songwriter India Arkin and event ambassadors Jake Bugg and The Mysterines about the importance of the debut album.

There’s a unique beauty to the debut album – it’s a universal experience among artists, whether they become a short-lived sensation or a mainstay of pop culture. When done right, it can be the making of an artist, setting them on the path to a long, illustrious career. It’s a way for an act to introduce themselves to the world and feel perhaps more legitimate than they might have done in the past. These qualities, and more, are being put under a spotlight for this year’s National Album Day, which celebrates the power and longevity of the album format with a programme of events including live in-store performances, listening parties and vinyl reissues.

The ambassadors for National Album Day 2022 comprise a mixture of more established artists and emerging names. The Mysterines, for example, became one of British rock’s biggest breakout bands earlier this year with the release of their debut album Reeling. '[The debut album] consolidates who you are as a band,' asserts frontwoman Lia Metcalfe. 'To the individual artist, it’s the first reflection of who they are, and it opens the door to the whole world [of an artist] that you [as a fan] are going to fall in love with.'

'The album is as powerful, if not more powerful, than it’s ever been.'

There’s a purity about debut albums as well. It’s an unadulterated snapshot of a band’s sound, full of hunger and energy. 'You’re not making that album for anyone but yourself,' remarks Jake Bugg, whose self-titled debut album is being reissued on National Album Day to coincide with its tenth anniversary. 'You don’t even know if anyone is going to buy a copy. It’s a pretty special thing.'

Singer-songwriter India Arkin is releasing her debut album, Home Truths, on National Album Day, the first album to be released on HMV’s new record label 1921 Records. 'The album allows you to as the artist to create a full narrative for your listener. You get to take them on a journey, [which] therefore allows you to build a much more intimate relationship between you as the artist and also the listener,' she says. 'An album really creates a space for you to share yourself and your creative vision with all these lovely people that are listening, but I think it opens more of a back and forth relationship between artist and listener.'

In the streaming era, some have been quick to suggest that the album is being overpowered by the single, with the industry nowadays taking a greater interest in playlists and TikTok than in album sales. Though it might appear that the album isn’t suited to a climate of dwindling attention spans and instant gratification, it is, in reality prospering better than might have otherwise expected, especially in the case of debuts.

'In a world where there are so many artists globally, as well as in the UK, all competing for attention, you've got to have immediate impact.'

'If you go back to the '60s or '70s, when the album format first emerged, debut albums were probably less important because people were consuming a lot through singles,' says Gennaro Castaldo, director of communications at the BPI. 'Now, I think, actually, the debut album is probably more important. In a world where there are so many artists globally, as well as in the UK, all competing for attention, you've got to have immediate impact. You can't have three, four, five years to find your audience.'

Albums of all kinds, from both new and established artists, are still maintaining an enduring relevance. 'The album is as powerful, if not more powerful, than it’s ever been,' agrees Megan Page of the Digital Entertainment and Retail Association (ERA). 'Even in an age where we’ve had digital services change what it means to put out an album, and things have become a lot more playlist focused and track based, what we're seeing is that [with] artists, the most important thing to them still is to go into the studio and create a body of work. [They want to] create something which allows them to tell a story and to represent themselves in a way that they want to be represented. To know how important that is to the artists means that it's going to be something which you know, continues as a powerful format for many years to come.'

While it remains the main format through which artists want to release music, fans are showing just as much love for it. 'Something like 85 percent of all [music] consumption in the UK is through streaming, and there’s this interesting [paradox] of the album not seeming to be quite as relevant as it once was. Yet, when you speak to people, they all love it, and they all want it, they all need it, and that includes the fans as well,' says Gennaro Castaldo, director of communications at the BPI, who put on National Album Day. 'I think that's one reason why National Album Day came about five years ago – there was a recognition that the album is an important format, commercially, but culturally, socially, as well artistically, and that there needed to be something to recognise that and to ensure that it remains part of the kind of music ecosystem.'

'You can’t take people’s interest in the album for granted. You have to carry on talking about it, promote it, market it.'

Indeed, despite the existence of streaming permitting access to millions of songs at no expense to the listener, if they so wish, fans are still going out and buying music, particularly in physical formats. The unexpected resurgence of vinyl is credited with keeping the album format in rude health, with sales having risen for fifteen consecutive years. Indeed, streaming isn’t representing the threat to the album’s longevity that many have feared – instead, it’s a gateway to discovery, drastically lowering the opportunity cost of checking out new bands.

'I think people often get a bit caught up in the [idea] that you either stream or you either buy vinyl, but actually all of our research goes to show you that it's the same people that are streamers, they're using that as a discovery method,' continues Megan. 'They find something that they love, they find a new artist, and then they'll go out to their local record store and buy the vinyl. So they're actually working really nicely hand in hand with each other. Both technologies are existing in a really nice kind of ecosystem at the moment.'

Is there any threat, then, to the lifespan of the album at all? 'Complacency,' argues Gennaro. 'You can’t take people’s interest in the album for granted. You have to carry on talking about it, promote it, market it. We know there's a love of the album and we should use that, to draw on that and ensure that it remains constantly relevant creatively, culturally, artistically, commercially.'