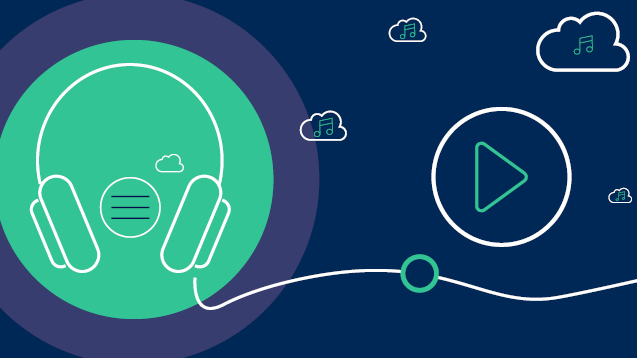 ‘We will see consolidation in the streaming market this year - and some of the existing streaming services will be out of business,’ predicts business expert and leading music industry academic Dr Peter Tschmuck.

‘Some of the existing streaming services will be out of business,’ he predicts, adding that the maths simply don’t add up for some platforms.

As professor for culture institutions studies at the University of Music in Vienna, he’s just authored the book The Economics of Music.

In it, he questions the profitability and sustainability of streaming and speculates on a near future of market consolidation with all the mergers, acquisitions and probable bankruptcies this might entail.

He’s due to present his findings at The Economics of Streaming: Full Stream Ahead? event tomorrow (Thursday) in London, organised by the influential industry hub MusicTank.

In advance of the session, which also includes Midia Consulting’s Mark Mulligan, Peter Jenner (Sincere Management), Sally Gross (University of Westminister) and PPL’s Keith Harris, we pick his brains to learn of his most pertinent conclusions…

How do you see the streaming market developing this year and into 2018?
I did an analysis on recent IFPI figures and it looks like the UK is on the way to a music streaming economy. In the near future, music streaming will become the main income source for the recorded music business, but I think also, in some respects, for the publishing business.

If you look at the BPI figures on the digital recorded music market, you can see that music streaming has exploded in the past two years, especially subscription and, modestly, app-supported streaming. At the same time, digital album sales and single-track sales declined, so there is also a trade-off between music streaming and digital sales.

Given the difference in revenue splits for publishers and record companies, why do you think publishers will also start seeing a notable upturn in revenue? Is that just through volume, do you think?
I know the situation for publishers is not as comfortable as it is for the large record companies. But we have to distinguish also between the major publishers, who are in a more comfortable situation. In the future I think there will be a struggle between the majors and the indies because the former are getting better deals with the streaming services, but also between the recorded and the publishing business.

If you look at the maths, the recorded business clearly has an advantage as we shift to the streaming economy. This will bring about an interesting situation, and I think even the large publishers will try to press for a higher share in the streaming revenue.

What are your forecasts for the major streaming players?
I am a little skeptical about the profitability of the streaming services. If you look at the figures, for example the Spotify financials, they made a loss of more than €300m in 2016. This is not a good starting point, even though their revenue increased greatly.

I think with that cost structure, Spotify is not able to have an IPO. They postponed it, as you know. For me, this is a signal that Spotify is not in economically good shape.

I think all the standalone streaming services will have problems in the near future. Those services connected with larger companies, such as Apple Music, Google or Amazon, have an advantage now because for them it is not as important to make a profit. For them, it's an aside business. Apple sells devices not music. It's a similar situation with Google and with Amazon.

We will see what will happen with Spotify. Maybe Spotify will be bought, although the price tag is very high, so that's a problem. As a standalone company, I'm not sure they can survive.

Given what you've just said, do the maths add up for streaming?
Not for all streaming services. But then again, the maths is only relevant for the standalone businesses. I think we will see market consolidation this year. Some of the existing streaming services will be out of business.

What do you think rightsholders, particularly on the publishing and songwriting side, should be doing to help shore up their future earnings?
I think they should look forward to new technologies. Imogen Heap’s blockchain experiment with Tiny Human was interesting. I think if blockchain technology becomes widespread in the music business then there is a possibility for rightsholders to benefit directly.

I think the remuneration situation is tricky now, but we will a technological shift within the music business that should address this. The music industry needs to be very sensitive to the possibilities of new technology.

Peter’s Tschmuck’s The Economics of Music is published by Agenda Publishing.