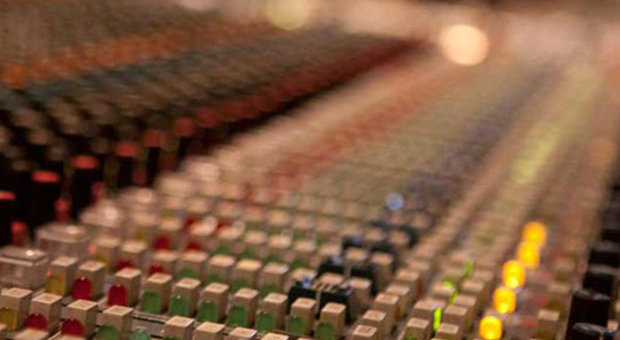 In the mix: Metropolis Studios

We go behind the scenes at one of London’s oldest independent recording studios to discover how it’s adapting to survive – and what opportunities it’s now offering to artists at every stage of their career.

The studio, which was once the preserve of pop and rock legends such as Queen, Michael Jackson, U2, Lady GaGa, Amy Winehouse and Lauryn Hill has become more diverse than ever before.

Alongside recent clients including Adele and Rihanna, it is getting behind emerging acts with a roster of support packages from an in-house record label and artist development department to a new publishing arm.

The studio, which went into administration 18 months ago and was subsequently bought out by a coalition of ex-employees and industry experts, has navigated new waters in order to survive.

These days, Metropolis can score, produce, publish and distribute an entire movie soundtrack, while its open-door policy and innovative new services – including its online-only iMastering platform – offers fresh opportunities for artists of all shapes and sizes.

We catch up with chief executive Ian Brenchley and creative director (publishing and sync) Rupert Hollier to learn more about the studio’s survival tactics and figure out what’s on offer for emerging acts.

We understand there’s been a big change at the top - why was that necessary?
Ian: About 18 months ago we navigated a difficult time through the business. The administration in June 2013 was due to a difference in opinion with our venture capitalist backers. One thing led to another and we went through an administration deal with some individuals I know and trust a lot more than third party investors. We got together and bought the business and gave it a new lease of life.

So how’re things over at Metropolis Studios these days?
Ian: The company is now profitable and we have a ton of new initiatives. The chairman and lead investor is also the owner of the Academy for Contemporary Music (ACM) in Guildford, so the college is like a sister company to us and we’re working very closely together. We opened the Metropolis and ACM Academy here in January, and our artist development course was oversubscribed. That initiative also feeds into the publishing company we’ve launched. We’ve got a large events strategy and an exciting new partnership for our bar.

It’s been well-documented that traditional studios are struggling as the music industry changes. Is there light at the end of the tunnel?
Ian: Our studios, recording, mixing, mastering – and to some extent, video production department - are our core business and the areas we’ve long built our reputation on. It occupies about 90 percent of the building. But the market has never been as bad as it currently is, and it’s not going to get better any time soon. We’re the last man standing – five years ago there were 96 pretty substantial commercial recording studios in London alone. Today, I could name 10 or 15 that are still left.

What can be done to reverse their fortunes?
Ian: When I joined here six years ago, studios were generally very traditional and linear in their outlook. Now, I’d like to think we’re open-minded, proactive and driven. What that means in practice is that we go out and get business rather than wait for it to come to us. Technically speaking, we’ve launched a new iMastering service and website. We’ve changed key personnel over the last 12 months too. We’re looking to the future. It’s been work in progress for such a long time. Evolving a traditional business like ours took a while, but it’s starting to come to fruition now.

From your perspective, how has the recording business changed?
Ian: We’ve definitely seen a power shift from the A&R guys at record companies through to managers and producers. Historically, it was all about keeping the A&R guys from major record labels happy but now they’re less than 15 percent of our business. Five years ago it was opposite.

As an indie, what are the biggest roadblocks you’ve come across?
Ian: I’d definitely say cash flow is the biggest one. Most of our traditional clients are so used to not paying us for four to six months, which can be an incredible challenge. It’s something that any small independent business has to contend with.

How does your publishing arm work?
Rupert: We do everything a traditional publisher does. We have A&R teams, songwriting camps and a robust back-end administration system which allows us to account quarterly. We don’t really use sub-publishers: we go direct in every territory. The business end stands up to every single major, and it’s something we took a long time to get right.

What are the key business areas for you?
Rupert: Film is a very important aspect of what we do. My background is in film supervision. We’re one of the only companies in the world that can deliver every single part of a film soundtrack and score from conception through to release. We have a soundtrack release label in conjunction with a bolt-on company, and we get access to a lot of the major Hollywood films through our connections.

Do you fund scores up front?
Rupert: Yes. We put the money up in advance in return for the publishing rights within the score. We have flexible deals, for example, if you recoup that money we’ll give you 25 percent back. It’s not a model that’s alien – people are really into it.

How healthy is the soundtrack and sync industry at the moment?
Rupert: We’re continually pitching for UK television briefs and worldwide – especially American - TV programmes. But we know that in one advert alone we could smash the whole music budget for an entire film. The money really is in advertising still.

Can you tell me more about the artist development side of things?
Rupert: We have partnerships with sync and songwriting companies who are going to be hosting our first songwriting camps under the Metropolis banner. This offers young songwriters an opportunity to come in and find other upcoming songwriters and producers. We give them the space to be creative and collaborate. It’s about honing their skills and giving them new experiences. Sometimes we’ll get them to write to briefs.

Our roster is growing all the time. We’re actively looking for singer songwriters, producers, musicians. We also have a feed through from the ACM. We’ve put in place a label, plus the artist development and management side - and these are ways we can develop careers. There’s not really much we don’t do out of this building.

Find out more at http://www.thisismetropolis.com/
Features
Back to top