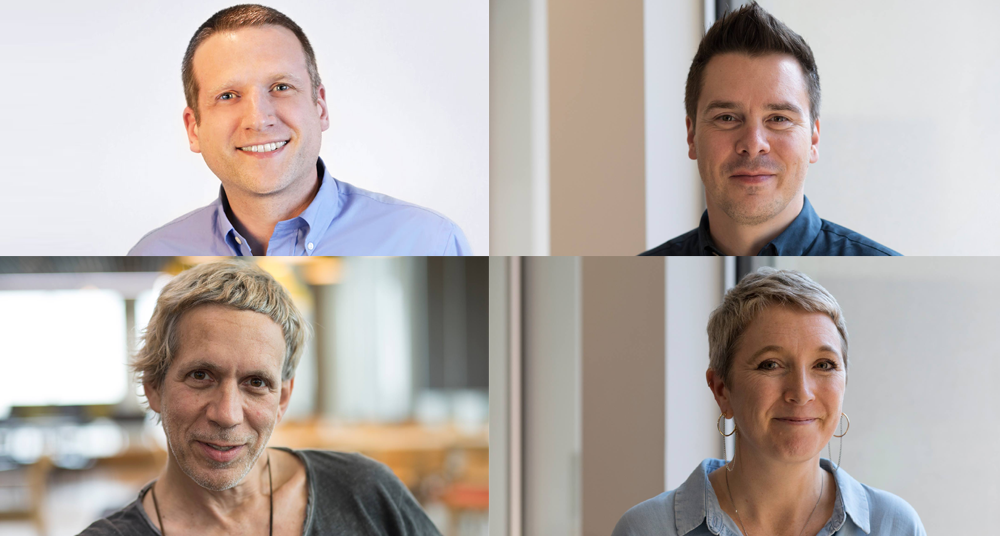 Meet the directors recently elected to the PRS Board

Following the PRS 2020 AGM, M caught up with the Board directors to get to know them a little better.

Last week, PRS made the most significant changes to its governance structure in 20 years at its  Annual General Meeting.
Held virtually due to the current COVID-19 pandemic, it was also the first AGM to be led by Andrea C. Martin since joining the organisation as chief executive in 2019, a year that saw record results achieved.

In addition to the historic changes, PRS also welcomed some new and some familiar faces to its Board.

Alex Kassner has been responsible for business affairs at the Kassner Music group since 2009. A strong believer in the importance of an independent voice in the music publishing community, Alex is Chairman of the MPA Pop Music Publishers Committee, has served as part of the MPA Public Affairs and Governance Committee and MPA Legal Issues and Anti-Piracy Group since 2016 and also joined the PRS Operational Working Group at the start of 2018.

John Truelove is a record producer, DJ, and music entrepreneur, founding his own companies including Truelove Music Publishing. A stalwart of the dance music community and PRS Board member since 2017, Truelove has long campaigned for the sector within both PRS and further afield with the Association For Electronic Music (AFEM).

M caught up with them all to get to know them a little better.

I started out in 1990 releasing one of the first ever legal mashups (You Got The Love), and progressed on to owning and running a series of dance labels to release my own music and that of my mates. I got involved in the politics of music in the mid-90s, when it became clear that, despite 1988’s dance music revolution having affected every corner of the country, literally not a penny of the income that PRS was collecting from nightclubs (which had by then morphed into superclubs) was coming back to the actual music that was being performed.

It turned out that, with the best of intentions, they were using analogies collated from things such as the Radio 1 playlist Radio 2 playlist, and the UK Top 20 album chart!

I and some colleagues successfully agitated for actual researchers to go out into the field to document what was being played. That still happens to this day, but I am hopeful it will be mostly replaced by Music Recognition Technology over the next years.

As a result of that agitation back in the 90s I became interested in other mechanisms within PRS and got involved with various committees, including founding the PRS Dance Group, which I still chair. That engagement naturally led on to an interest in being able to feed into and influence PRS policy, and so, now, here I am!

I’ll continue as I started, with my usual plain talking, challenging anyone who comes to the table with a fixed assumption, and always driving for evidence-based decisions that are fair, equitable, and that benefit the whole of the membership. I’m also looking forward to mentoring potential future board members, and am currently looking for candidates

Being on the dancefloor at Turnmills in London when the DJ unexpectedly dropped a track I had produced only the previous day. I had given it to him on dub-plate barely thirty minutes earlier expecting, as was customary, for him to take it home to listen to before hopefully playing at future gigs, but he dropped it there and then and the entire place went berserk. Goosebumps moment!

I (still!) can’t play any musical instrument, so composition takes me a loooooong time, and I sing firmly in the key of FLAT (a source of continued bafflement to the singers I work with)!

My day job is working at Downtown Music Holdings, which includes Downtown Music Publishing and Songtrust. We represent incredibly inspiring and talented songwriters and composers across the world. I am also the current Chairman of the Music Publishers Association and am aware of the needs of the publishing community. It the combination of above that I bring to the PRS board at this time where I will ensure PRS continues to best serve Songwriters and Publishers.

If your life had a theme song, what would it be?

The Show Must Go On.

I took a slightly tortuous path to my career in publishing. I was originally an English graduate who became a banking lawyer and it was not until shortly after my 30th birthday that I realised my passion lay in music and I joined the family business. Our company was founded by my grandfather in 1944 and we have its initial account book from that year, which shows that a royalty from PRS was its first ever receipt and that payments from the society kept it afloat in its nascency. This exemplified to me the importance of the society and encouraged in me an ambition to contribute to its running. I started to become involved in the industry side of things in 2015 when I joined the MPA Pop Music Publisher’s Committee, of which I am now the Chairman, and since then have also become a member of the MPA Public Affairs and Governance Committee and Legal Issues and Anti-Piracy Group and the PRS for Music Publisher Operational Group. Hopefully my work in these forums helped me to show people how deeply I care about our industry and that I am willing to commit time and energy to its improvement and so gave them the confidence to vote for me in the election.

A fiercely independent mindset and over fifteen years of legal and commercial negotiating experience. A fervent desire to achieve the very best results for songwriters and publishers, both through ensuring the optimal functioning of PRS as a collection society and also by developing wider initiatives that will encourage talent, diversity and innovation and provide support in times of hardship.

Going to see Coldplay at Wembley Stadium with my wife Leila a few hours after we had found out that we were going to have our first child (my son, Isaac).

I started as a lawyer at Russells, which meant I gained experience in all areas of the music business.  However, the area which interested me most was songwriting, I’m in awe of people who can write an amazing song, which has never been written before.  It made sense for me to move into publishing and I have been a lawyer in music publishing companies for nearly 2 decades!

I am not afraid to speak out if I feel that a conversation is going the wrong way, some members of the Board probably wish I didn’t speak so plainly but I can’t help it, I feel a strong sense of fairness and justice and try to ensure all decisions made at Board level fit the criteria.

How many am I allowed? I will put them in order of importance to me (I’d love to have them all) Iggy Pop, Lou Reed, Jonathan Richman and Lil Simz.

Having dinner with Dave Grohl and his mum in Brighton after an amazing Foo Fighters gig.

Who’s your most played band or artist?

It changes monthly, I guess it’s a tossup between Gorillaz, Buena Vista Social Club and NWA!

I believe in angels!